The First Peoples’ Assembly – a body elected by Indigenous Victorians to negotiate a treaty – has called on the Andrews government to immediately raise the age of criminal responsibility from 10 to 14, saying the laws disproportionately affect Aboriginal children, tear families apart and entrench disadvantage.

“This is a great shame on our society,” assembly co-chair Marcus Stewart told The Age. 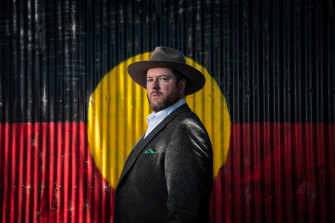 First Peoples’ Assembly of Victoria co-chair Marcus Stewart is pleading with the Andrews government to raise the age of criminal responsibility from 10 to 14. Credit:Justin McManus

“Imagine what it means for any child to be in concrete walls and behind iron bars on Christmas Day and not around the people who love them. The evidence screams of the psychological damage detention does to kids.”

The 32-member assembly will launch its public campaign to “raise the age” on Tuesday and heap pressure on the Victorian government to change the legislation ahead of the state heading to the polls in November, 2022, warning any delay to the reform could set back another generation of Aboriginal children.

Co-chairs Aunty Geraldine Atkinson and Mr Stewart have written to Attorney-General Jaclyn Symes, urging her not to defer important legislative reform until the treaty process is completed – which could take several years – or wait for national consensus.

They pleaded with Ms Symes to “stop locking up our children”, and said it was “sensible, compassionate and evidence-based simple reform” that the Aboriginal community overwhelmingly supports.

Australia’s attorneys-general last month agreed to develop a plan to raise the age of criminal responsibility to 12, in a move that has been criticised by legal, human rights and Aboriginal community groups which say will achieve very little in reducing the number of children in prison.

Raising the age to 12 would only reduce the number of children under 14 in detention from 499 to 456 across the country, justice groups have claimed based on data from the Australian Institute of Health and Welfare.

“Treaty is the long-term solution where we can reimagine what those systems and structures can look like,” said Mr Stewart, a Nira illim bulluk man of the Taungurung nation. “We know the evidence, we understand the disproportionate impact this has on Aboriginal children. There’s no excuse why the government can’t act on it now … and we’re asking the Attorney-General, who’s been a champion and walked along with us, not to turn her back on us now.”

Children aged 10 and older can be imprisoned in every state and territory, a setting the council of attorneys-general started reviewing in late 2018 in response to concerns Australia is not in lockstep with the rest of the world, where the most common age of criminal responsibility is 14.

Thirty-one United Nations member states, including Canada, France and Norway, called on Australia to raise the age in line with the 2019 UN Committee on the Rights of the Child recommendation that 14 years should be the minimum age internationally.

The ACT broke ranks in October this year and committed to becoming the first jurisdiction in the country to raise the age from 10 to 14, while the Queensland government last year ruled out raising the age in the foreseeable future as part of its successful tough-on-crime election campaign.

Victorian Aboriginal Legal Services chief executive Nerita Waight said it was “deeply shameful” children were held to the same standards, and subjected to the same bail tests, as adults, and reform in this space could not wait until after the 2022 election.

“The medical evidence is indisputable, and the Victorian community agrees that children who are still losing their baby teeth should not be thrown into prison,” Ms Waight said. 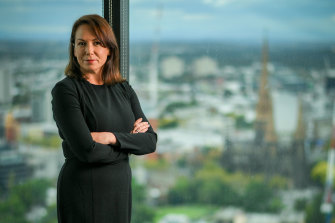 “As families prepare to be reunited for the holidays after long separations due to COVID, there are children who will spend the holidays languishing in cells, surrounded by metal and cement instead of family and community.”

A 2020 Australian Institute of Health and Welfare report highlighted that half of the young people under youth justice supervision between 2014 and 2018 had received child protection services, and that children who have been abused or neglected are at greater risk of coming into contact with the criminal justice system at an early age.

Young people in the criminal justice system are less likely to complete their education or find employment, according to the institute, and more likely to die an early death. Aboriginal and Torres Strait Islander children aged 10 to 17 are 23 times more likely to be in detention than non-Indigenous young people.

Medical experts have noted the brains of children under 14 are still growing and developing, meaning they may not have the required capacity to be criminally responsible. One 2018 study published in the British Medical Journal showed that 89 per cent of children at Western Australia’s only youth prison had at least one severe neurodevelopmental deficit, such as an intellectual disability or dyslexia.

Shadow attorney-general Matthew Bach said: “The proportion of Indigenous children in Victoria’s child protection system, and in youth justice, is a source of deep shame for our state. As a direct result, so many Indigenous Victorians end up in adult prisons. This has come about, in large part, because of the abject failure of the Andrews Labor government to provide culturally appropriate supports for vulnerable Indigenous families early.”

The Greens’ Tim Read urged the government to support his party’s private members bill to raise the age of criminal responsibility to 14. “It’s time for our state government to see the long-term value of investing in kids’ lives, rather than using progress on one issue to distract from another,” Dr Read said.

A government spokesperson said that, along wth other states, Victoria is “working to develop and consider a proposal to increase the minimum age of criminal responsibility from 10 to 12″.