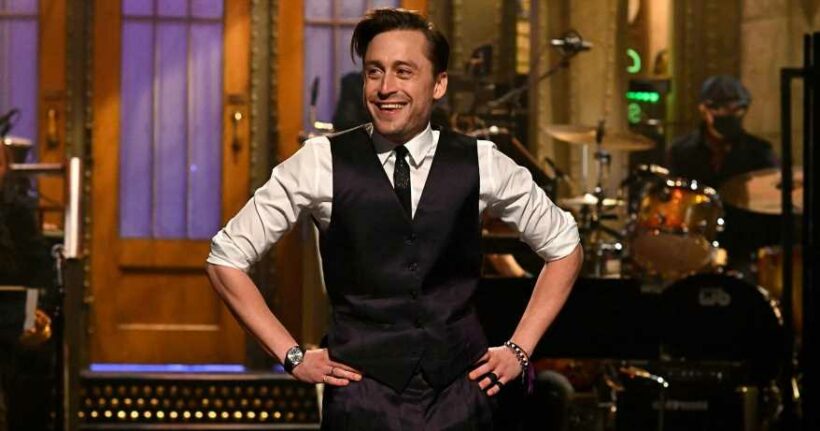 Most Memorable ‘Saturday Night Live’ Hosts Over the Years

“I have been on this very stage,” Kieran, 39, explained during his monologue on the Saturday, November 6, episode, noting his 41-year-old big brother’s family nickname in the process. “I was on an episode of SNL back when my brother Mac hosted 30 years ago, almost to the day.” 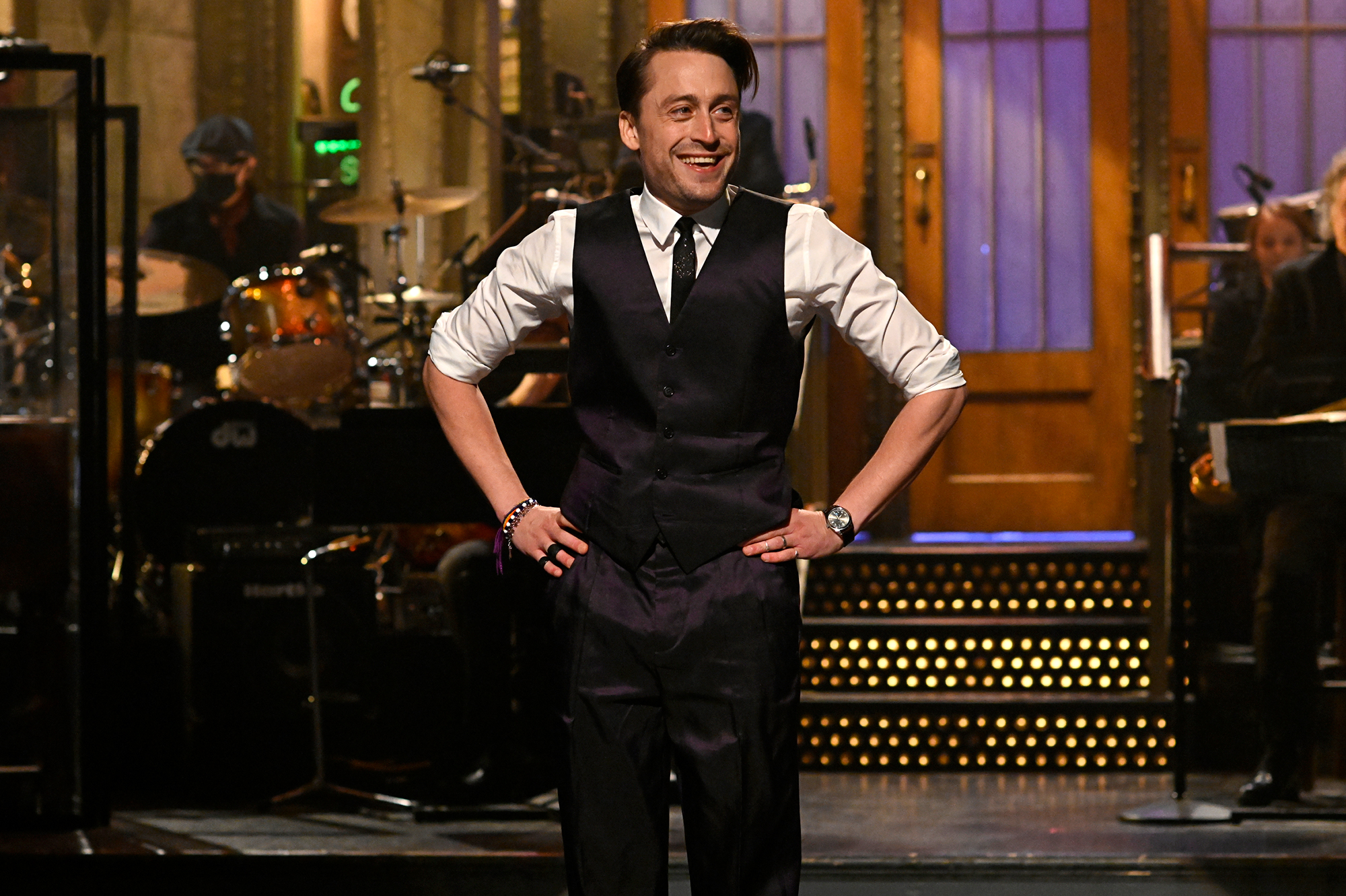 The Succession star added, “I was 9 years old. I got to be in three sketches, two of which are non-problematic and, at the end of the show, I got to be on the stage for the good nights and I think we have a clip … So, there’s my brother, and the cast has lifted him up on their shoulders and, boom there I am, clearly jealous.”

SNL then included the original 1991 footage as the Scott Pilgrim Vs. The World star gave a detailed play-by-play of what transpired.

‘She’s All That’ Cast: Where Are They Now?

“My brother’s up there, got his arms up all victorious and I’m down there on the ground, like, ‘Me, I want uppies,’” the She’s All That actor quipped. “I ask Kevin Nealon to pick me up and he goes, ‘Yeah, OK, sure [and] I just start hamming it up for the cameras, you know? I don’t know what that [facial expression] was, like, a [Robert] De Niro impression?”

Kieran further noted the reasonings why he was insistent on showing the flashback clip: “One: In the hopes that someone from the cast will pick me up again at the end of the show. And two, because I’ve waited 30 years to be on this stage and say, ‘We’ve got a great show for you tonight … So stick around we’ll be right back.’” 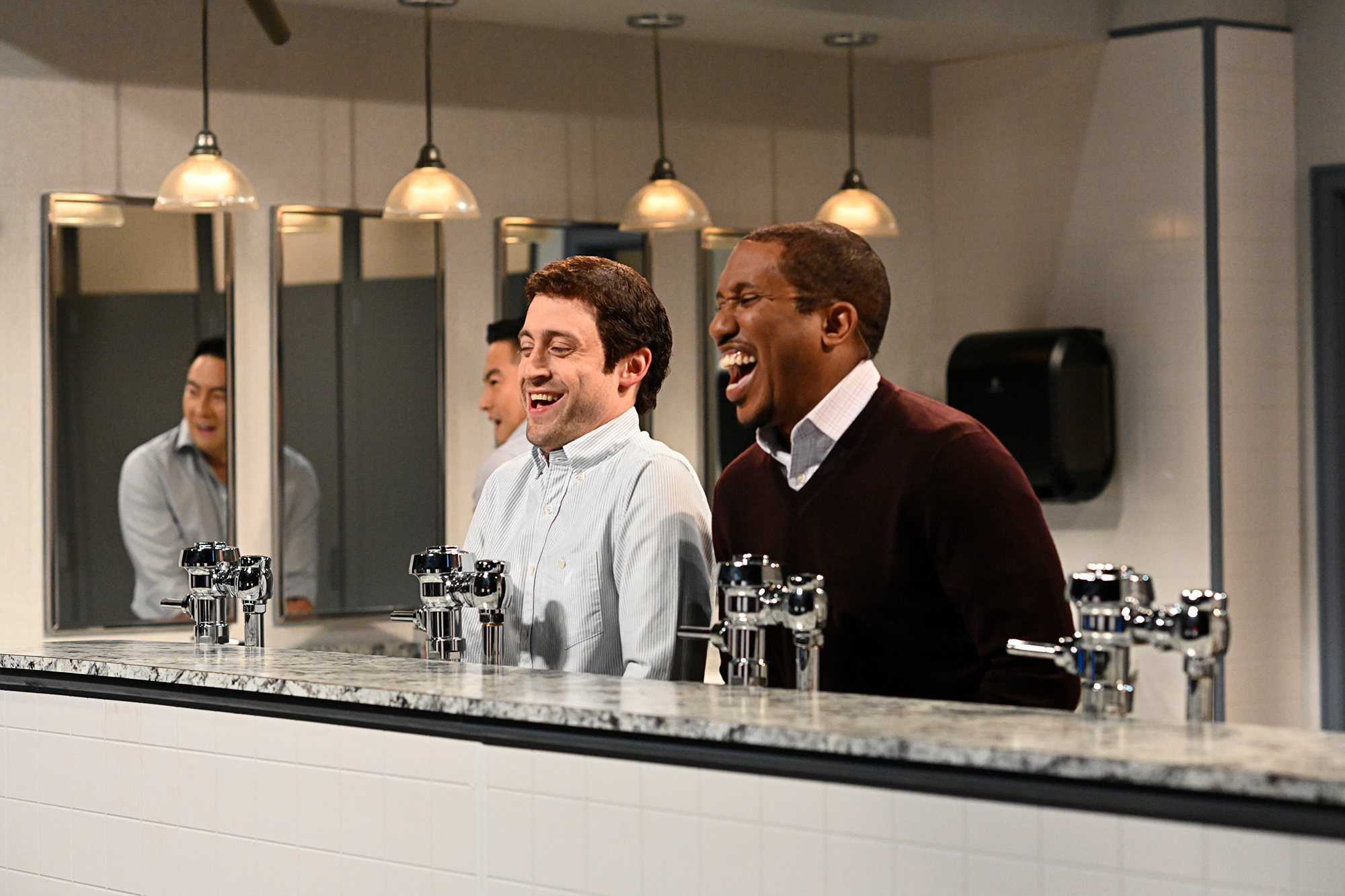 By the end of the sketch series’ Saturday episode, Kieran got his wish when cast members Chris Redd and Kenan Thompson hoisted the New York native onto their shoulders during the goodbyes.

“A special thanks to my brother Mac for letting me share the stage with him 30 years ago,” Kieran graciously added during the final moments of the episode.

Days earlier, the Father of the Bride actor looked back at his past cameos on the late-night variety show during an appearance on The Tonight Show Starring Jimmy Fallon.

“I actually remember quite a lot from that [experience],” Kieran noted during the Friday, November 5, episode of the NBC talk show, telling host Jimmy Fallon, “My brother hosted in November of ’91; it’s crazy. There’s, like, little snippets that I remember … I remember during rehearsal day being on the stage, and I was with my mom and Kevin Nealon walks by, and she grabs him and she goes, ‘Oh, hey, you’re great. By the way, you’re my son’s favorite!’”

However, a younger Kieran “didn’t have a filter,” and loudly replied at the time: “Mom, I told you, he’s my second favorite. Dana Carvey is my favorite.”

For more, watch the video above!