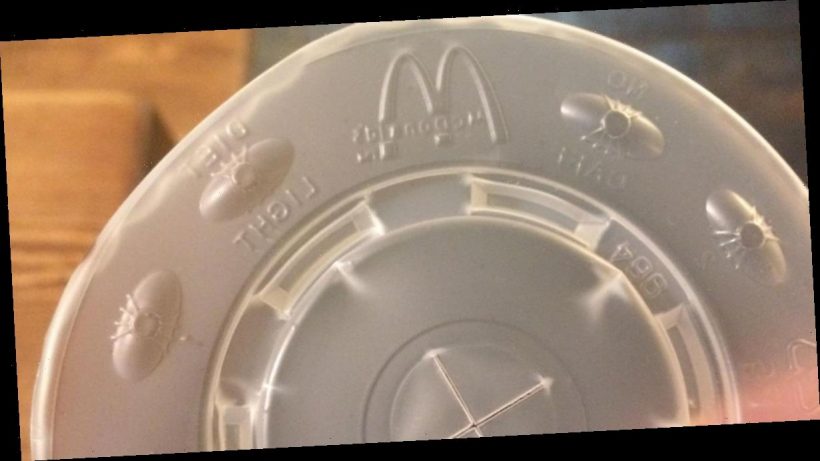 Ever noticed the buttons on the top of McDonald’s lids?

The cup covers have various ridges on them to help distinguish which drink is inside.

Customers who have noticed the markings have been intrigued to know what they all mean.

And one turned to Reddit to ask: "My question is about the McDonald's drink lids which have the 'buttons' on them.

“I just ordered two drinks, one Diet Coke and one Coke classic, and on one of them had the number '1' button pressed.” They added: "The buttons are the numbers 1 and 2, no caff, diet/light.

“The only one pressed was the number 1.

“Which one is diet? Should they have just pushed the diet one in?

"The number 1 means nothing to me but is important I know which is which. Thank you!”

Thankfully, McDonald’s staff members were on hand to clear up the query.

One fast food worker explained that different systems are used in different outlets.

Some simply push random buttons in as it saves more time when serving customers.

They wrote: "Yeah seems to be different for every store but we usually just push 1 random button for Diet Coke and then either 2 random or all 4 buttons for Coke Zero.

"It’s just faster to push random buttons than spend the time to actually find the diet button on every lid I guess."

Another wrote: "We press one for Diet and either two or four for Zero."

And a third added: "Procedure is any one for diet and two next to each other for zero.”

If these explanations are correct, it would mean one button pushed in is code for Diet drinks.

Meanwhile, two or four would be for Zero sugar beverages.