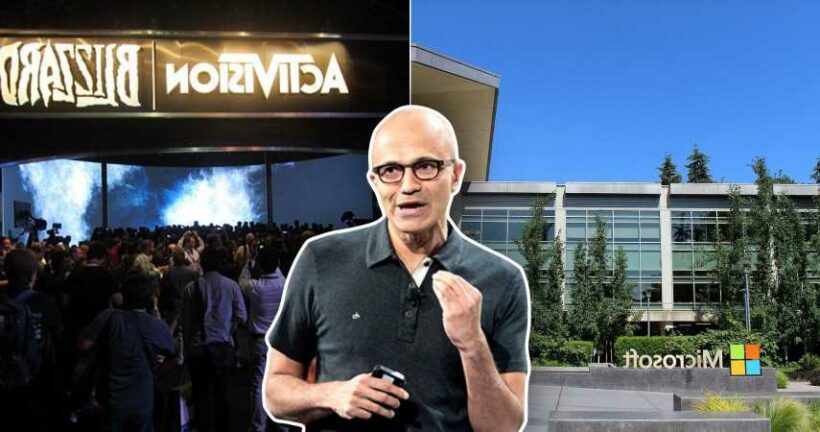 In a blockbuster deal with a staggering $70 billion, Microsoft is acquiring Activision Blizzard in a deal that will sharply expand Microsoft’s videogame operation. The acquisition, if completed, will be the biggest gaming industry deal in history, and see the tech giant take ownership of game franchises including Call of Duty, World of Warcraft, and Candy Crush.

If the FTS approves the deal, it will make the Xbox maker the third largest gaming company and allow it to take on industry leaders Tencent and Sony. The deal is also expected to advance Microsoft’s foray into the Metaverse, where its competitors have already taken the lead.

Many tech giants expect the metaverse to become a big deal in the coming years and offer virtual online worlds where people can work, play, and socialize.

“Gaming is the most dynamic and exciting category in entertainment across all platforms today and will play a key role in the development of metaverse platforms,” Microsoft Chief Executive Satya Nadella said.

Nadella snatched up Activision Blizzard at a time when the company was dealing with accusations of sexual harassment of employees and misconduct by several top managers. Reuters is reporting that Microsoft executives approached Activision Blizzard CEO Bobby Kotick to stay on as CEO until the deal closes.

While Nadella didn’t mention the companies’ scandals or toxic culture when speaking about the acquisition, he surely alluded to it.

“It’s critical for Activision Blizzard to drive forward on its renewed cultural commitments,” he said, adding “the success of this acquisition will depend on it.”

The deal comes as tech giants engage in a metaverse arms race. Many companies are betting that the virtual world is the “next big thing.” The buzz around the concept reached had reached a fever pitch when Facebook rebranded as Meta to focus on the concept.

These deals don’t always work out.

In 2013, Microsoft had failed to predict the future of the mobile phone industry and attempted to make up for lost time by purchasing Nokia for over $7 billion. However, the tech giant never managed to steal any significant market share from Apple and Google. Microsoft wrote the purchase off as a complete loss, and critics called it a monumental mistake by former CEO Steve Ballmer.

Unlike Microsoft’s foray into the phone hardware space (they already had Windows Mobile), the company is likely better situated as they aren’t entering the race at a deficit.