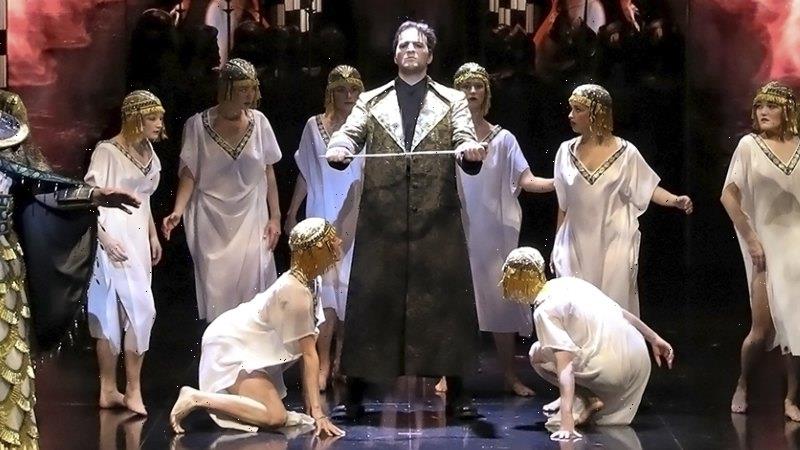 Opera Australia has been forced by the pandemic lockdown to scrap the remainder of its winter season in a move expected to cost the company up to $4 million.

In all, 37 productions of Aida, Attila, Otello and The Tales of Hoffmann have been cancelled.

Chief executive Rory Jeffes said that while the potential losses didn’t represent an existential threat to the company they would begin creating “some very serious problems”. 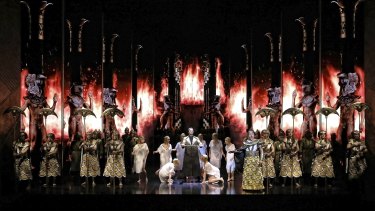 The curtain has fallen on Aida for the winter season.Credit:Prudence Upton

“Up until a very short while ago we were still finding ways to be able to get back on stage,” he said. “But in the last 48 hours it has become impossible mainly because we don’t think it is appropriate to be undertaking rehearsals during the lockdown.”

Earlier this month performers and crew rehearsing for Otello were forced into self-isolation after a construction worker at Sydney Opera House tested positive for the virus.

In the past few days OA has been in discussion with the state government about securing a slice of its recently announced $75 millon lifeline for arts companies.

While Mr Jeffes described the conversations as “constructive”, he declined to put a figure on how much OA was hoping to receive.

One hopeful sign among the devastating news for opera fans is that the much-anticipated production of Phantom of the Opera, starring Josh Piterman as the phantom, is still slated to open on September 3.

Mr Jeffes said preparations for the show, which is expected to substantially boost OA’s coffers, were well advanced.

“At this stage there is no reason we can’t go ahead with it,” he said. 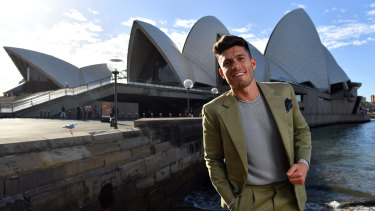 Opera Australia is determined to go ahead with its upcoming production of The Phantom of the Opera, starring Josh Piterman. Credit:Sam Mooy

The company has committed to pay its 649 staff until the end of the month, after which their position will be reviewed. This comes after OA generated negative press in the last lockdown when nearly a third of the orchestra was made redundant.

This latest blow for Opera Australia comes on the back of a horror year in 2020, when the company booked an operating loss of more than $7 million after losing most of its season to the pandemic shutdown.

However, in March it banked $46 million from the sale of its Alexandria props and wardrobe warehouse to keep itself afloat.

Artistic director Lyndon Terracini remained optimistic the cancelled productions would return to the company’s schedule down the track.

“All this hard work will not go to waste,” he said. “We are endeavouring to reschedule all the productions into future seasons.”