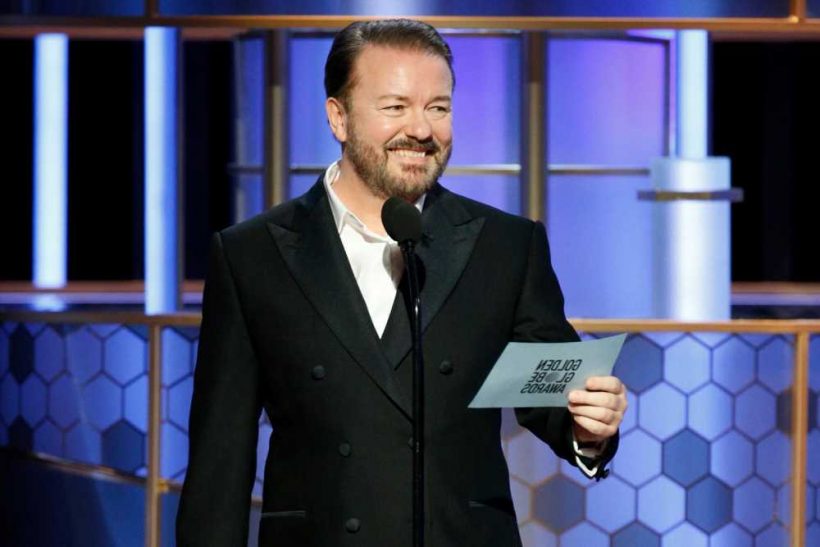 Glenn Close wears a tunic, trousers and gloves at the 2021 Oscars

Ricky Gervais is celebrating the Oscars the only way he knows how — by trolling them.

The comedian, 59, took to Twitter on Sunday to share his now-infamous monologue from the 2020 Golden Globes, where he roasted the Academy Awards, Felicity Huffman’s prison stint and the “perverts” in the audience whom journalist Ronan Farrow would likely investigate.

“It’s The Oscars tonight! I wasn’t invited. Was it something I said?” Gervais tweeted with a laughing emoji.

In last year’s Globes monologue, the England native blasted Hollywood and spared absolutely no one.

“Leonardo DiCaprio attended the premiere, and by the end, his date was too old for him,” he said, jabbing at the length of “Once Upon a Time … in Hollywood” and DiCaprio’s penchant for younger women. “Even Prince Andrew is like, ‘Come on, mate, you’re nearly 50.’”

Gervais also mentioned convicted sex offender Jeffrey Epstein, who was found dead in his jail cell in 2019 from an alleged suicide, while discussing the Netflix show “After Life.” 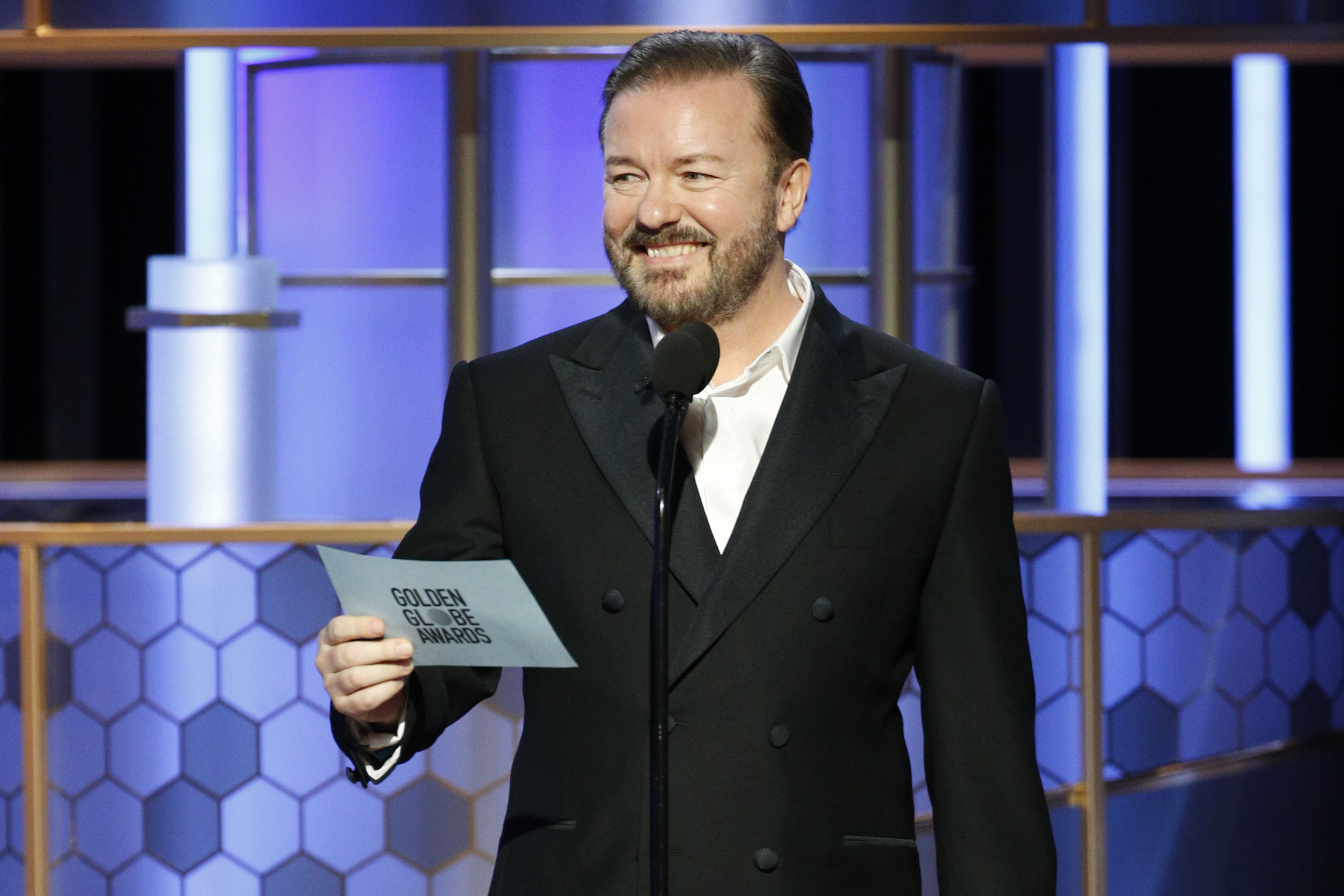 “In the end, he actually didn’t kill himself,” Gervais said of the series’ main character. “Just like Jeffrey Epstein.”

“Shut up. I know he’s your friend, but I don’t care,” he said to the shocked crowd.

Gervais later admitted there was one joke he wished he hadn’t made in the past, which zeroed in on Tim Allen at the 2011 Golden Globes.

At that show, Allen, now 67, presented an award with Tom Hanks, and Gervais introduced them by saying, “The first [presenter] is an actor, producer, writer and director whose movies have grossed over $3.5 billion at the box office. The other is Tim Allen.”

Gervais told the Hollywood Reporter in 2020 that the punch line could have been about anyone.