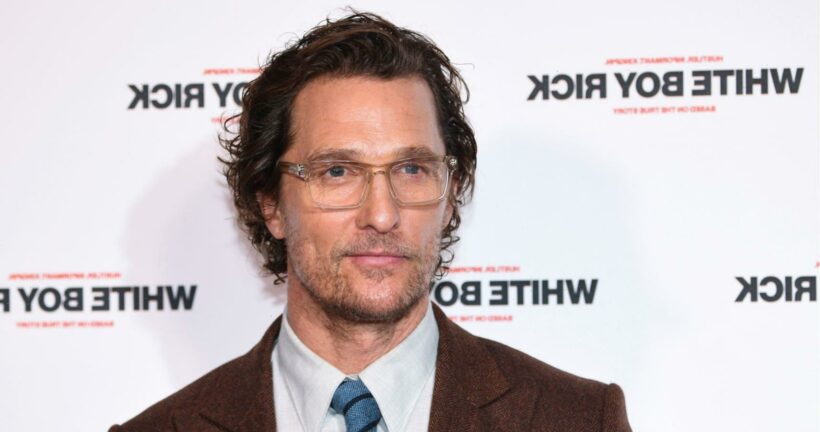 Actor, Matthew McConaughey is known for his variety of roles, energetic personality and outspoken opinions. His breakout supporting role was 1993’s Dazed and Confused and just three years later, he became leading man in A Time to Kill.

Throughout the 2000’s, McConaughey starred in a number of rom coms like The Wedding Planner, opposite Jennifer Lopez, Ghosts of Girlfriends Past opposite Jennifer Garner and How to Lose a Guy in 10 Days alongside Kate Hudson, but McConaughey has made it clear, he prefers deeper and more dramatic roles.

He won an Oscar for 2013’s Dallas Buyers Club, portraying a cowboy diagnosed with AIDS, and in addition to all the success as an actor, husband to model Camila Alves and father of three, McConaughey is also a businessman with a net worth of $160 million.

Check out the many ventures the We Are Marshall star has taken in the business world.

Hard to believe any of us missed the 2014 Lincoln commercials McConaughey starred in, however, there was so much hype (and humor) that came along with the ad, Lincoln walked away with a great deal; with website traffic increasing by threefold since the spot aired on television. McConaughey is benefiting as well. According to CheatSheet, though the details of the star’s paycheck has not been disclosed, it’s estimated he’ll make close to $100 million over a multi-year contract.

The 52-year-old starred in a 2022 Superbowl commercial as the brand advisor for Salesforce, a cloud-based software company. Both McConaughey and Salesforce brought home the message of sustainability and caring for Earth over some of the recent focus on space travel. The A-lister has made it clear, he only partners with companies that he believes will benefit himself and others in the future and Salesforce speaks directly to his desire to improve the environment and benefit humanity.

JKL, which stands for McConaughey’s nonprofit foundation, Just Keep Living is also a clothing line, including hats, t-shirts and flip flops. In a nod to McConaughey’s style, the line features casual clothes at a reasonable price. According to Money Inc., the star went to great lengths to make sure his line was affordable to everyone versus the high-end market other celebrity’s target.

RELATED: Here’s How Matthew McConaughey Stays In Shape Without Going To The Gym

In 2017, the Tropic Thunder star invested in the membership-only company, Forward, a medical facility equipped with artificial intelligence and other cutting-edge technology. The company provides an advanced app, giving patients 24/7 care with medical support and the benefit of having access to your personal records. McConaughey recently addressed fans in a video, expressing his desire to support leaders and establishments that are currently creating new pathways to success.

McConaughey has served as Creative Director of the brand since 2016. What began as a celebrity endorsement, led to a business collaboration and a new small—batch line of bourbon, Longbranch. The star joined The Russell family in their six-decade long career in crafting Wild Turkey Bourbon and now shares commercials, videos, advertisements and more for the company, most recently appearing in a Kentucky Derby commercial for bourbon company.

Continuing to support those companies he believes in, McConaughey recently added the sports media platform, The Atlantic to his growing business portfolio with a $50 million investment. Plus Capital is a firm linking celebrities to business startups and after the latest round of investments, The Atlantic is worth roughly $500 million according to Fox Business. The sports media company hired prominent sports journalists from around the country to provide exclusive reports and plans to use the funds raised through McConaughey and others to expand overseas.

Another sports franchise McConaughey doesn’t mind taking a risk in, is the FC Austin soccer team, which launched in 2021. Joining a group of six other businessmen, McConaughey invested in Austin’s first professional soccer club, competing with nearly 30 other teams across the country. The average MLS franchise is worth over $300 million.

Most recently, the star has received recognition for saving the company that fights hair thinning and he didn’t even have to film a commercial to do it. McConaughey has been sharing for years that his personal hygiene routine includes slathering Regenix on his hair weekly, as soon as he began noticing some bald spots. While McConaughey swears that the product actually regrew his hair, the company claims they simply enhance hair that’s already there. Either way, the star receives free hair product for life and the company, in their own words, was saved by McConaughey’s endorsement.

READ NEXT: 15 Fun Facts About Matthew McConaughey You Never Knew Until Now