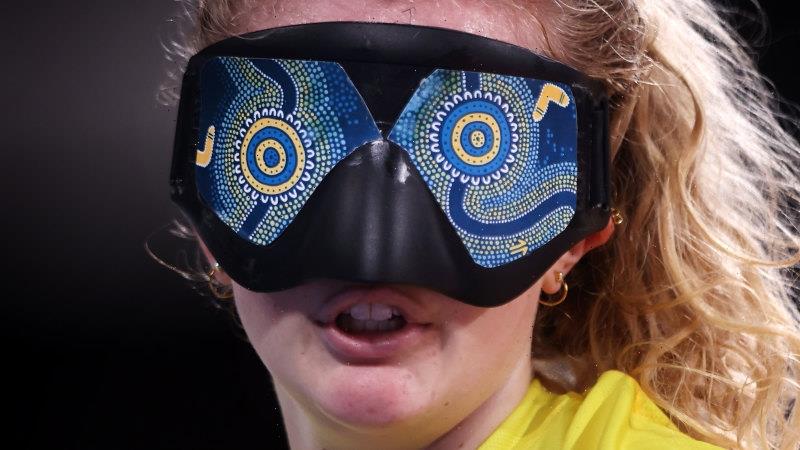 Having lost every match at the 2000, 2012 and 2016 Paralympics since their last win in 1996 – a 2-0 result over South Korea – the Australian team was overcome with emotion after their result in Tokyo, three days after a heavy 11-1 defeat by Israel. 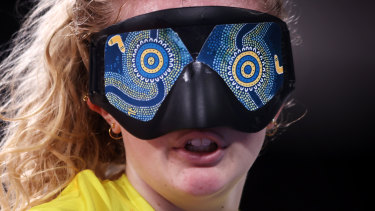 Brodie Smith and her Australian goalball teammates are celebrating a breakthrough win.Credit:Getty

Goalball is a sport exclusively for the vision impaired and was first contested at Paralympic level in 1976 in Toronto, with women’s goalball introduced at Seoul in 1988.

Teams try to roll the ball into their opponents’ goal as opposing players attempt to block the ball with their bodies.

There are bells in the ball, which help players who cannot see determine when they need to block the incoming ball.

Given the heightened emphasis on sound, complete silence is required in the venue.

“We’ve been working hard to set a platform for a small women’s sport with not much of a following and I think they did themselves absolutely proud today,” Corr said.

“I was washing the clock away pretty quickly but one of things we’ve talked about is to be in control of what we are thinking. We have a theme of being strong and together.

One of the Belles’ most experienced players, Jenny Blow, was still wearing her mask at full-time and thought the game ended in a 4-4 draw. The team came within a whisker of a win in Rio but a late goal meant they had to settle for a draw.

But on this occasion, Corr was quick to run over point out that Australia had indeed created their slice of history.

The Belles will face the Russian Paralympic Committee on Sunday at 8pm AEST and need to win to qualify for finals.

“We’ve got Everest to climb against Russia,” Corr said. “That is going to be as tough a game as we’ve ever played. If you can break through that glass ceiling, who knows what can happen.”

Australian player Shaun Norris said: “We knew coming into the tournament it was going to be quite tough considering that we really haven’t played together in about three years. It’s been challenging but the boys have turned up well.

“Being in Australia we live so far from everyone that we don’t really get too many games throughout the year anyway. Maybe we’re built for this situation.”