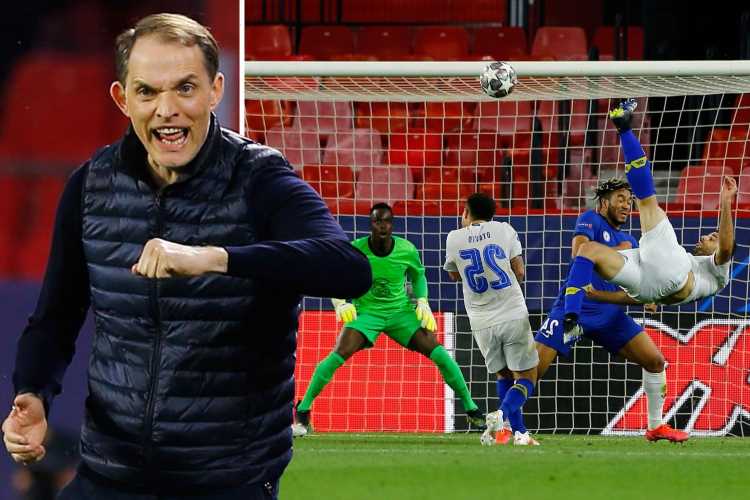 THOMAS TUCHEL is not shy about talking up his desire to win trophies this season.

And it might just be the grandest pot of all – Old Big Ears, the European Cup itself – if Chelsea keep on like this. 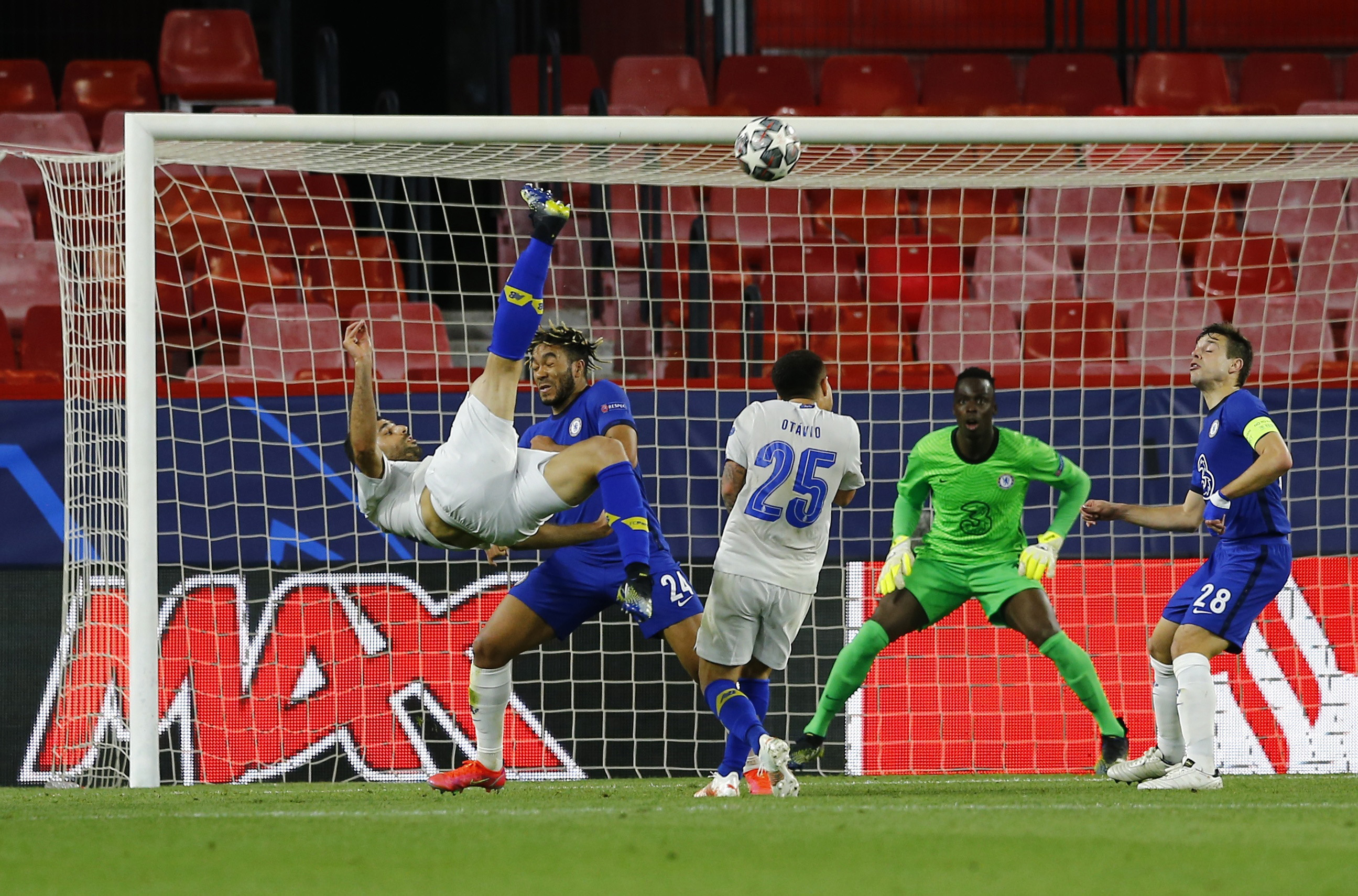 A first Champions League semi-final in seven years awaits them now after this highly effective protection racket ensured a two-goal first-leg advantage was never seriously threatened in the neutral venue of Seville.

Mehdi Taremi netted a spectacular goal for Porto but it was not until the 93rd minute so there was never any serious sweat.

The aristocrats of Real Madrid are Chelsea’s most likely opponents in the last four – with their old talisman Eden Hazard bidding to be fit in time for that tie.

But if Liverpool pull off a minor miracle by overturning a 3-1 deficit against Real at Anfield tonight, then the Blues will face the Reds in the semi-finals of this competition for a fourth time.

Either way, Tuchel’s side should fancy their chances.

They are progressing in Europe in classic, old-school fashion – the grindermen, tight as a gnat’s backside, having conceded just three times in ten matches.

Frank Lampard qualified Chelsea for this campaign and started off this run but Roman Abramovich will never regret having sacked his club legend in January.

Chelsea are serious operators under Tuchel – rarely thrilling but mightily impressive in their organisation, workrate and game management. 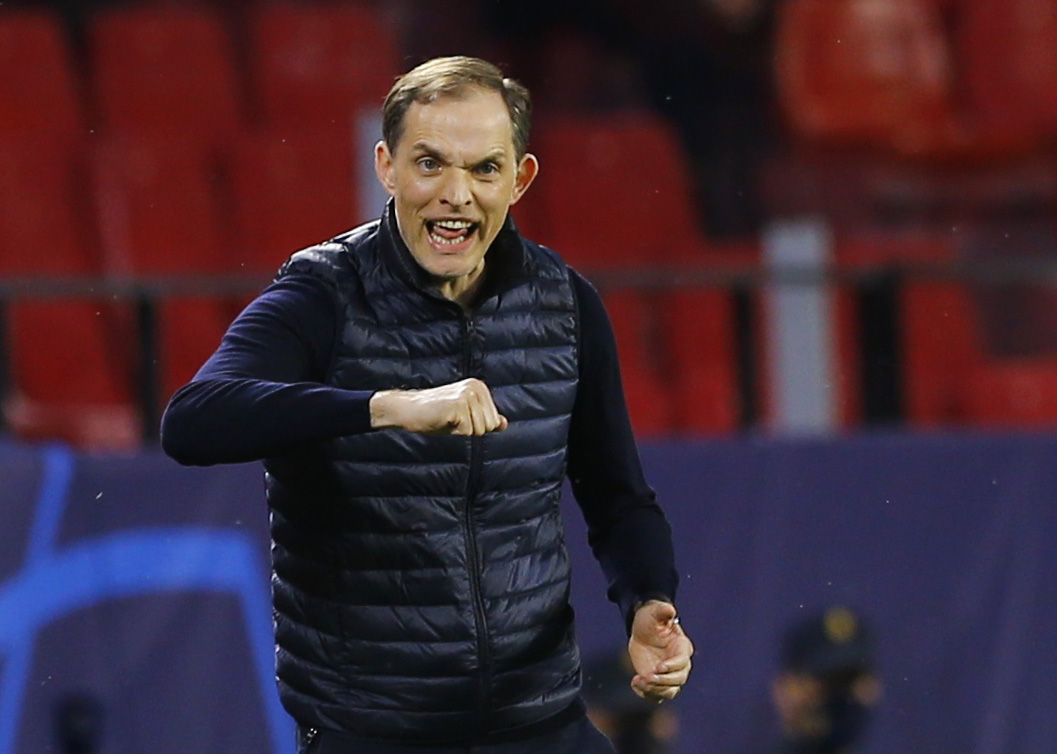 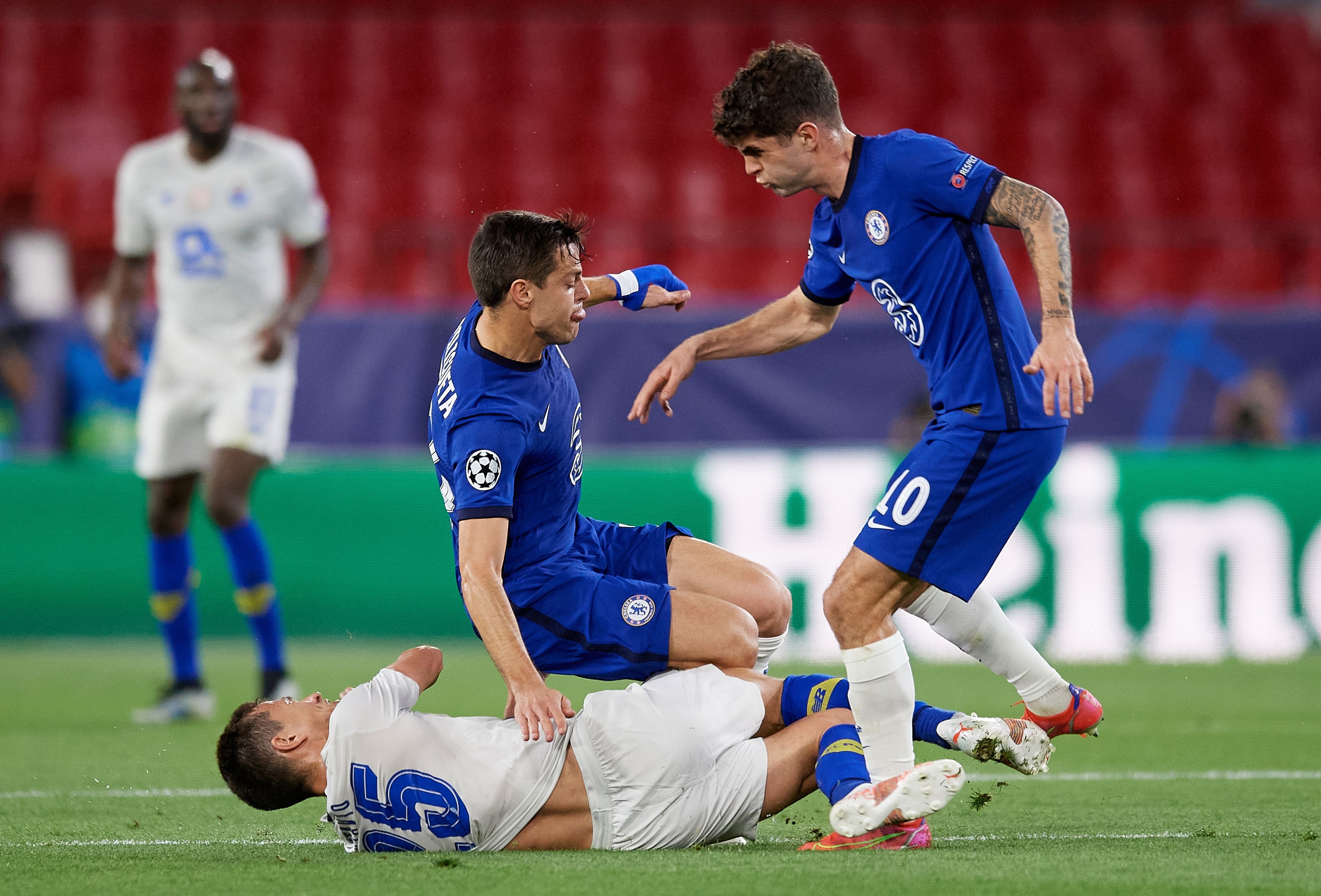 They do the boring stuff so well, just as Jose Mourinho’s teams used to do at both Chelsea and Porto, during the old rasacal’s heyday.

While all sensible neutrals were marvelling at last year’s finalists Paris St Germain and Bayern Munich, this was a televisual feast about as gripping as the testcard – and Tuchel could not have been happier.

The German is no song-and-dance man. He is here to win stuff, pure and simple.

Perhaps when crowds are back at Stamford Bridge, they will become impatient and demand a little more than this.

But this is ideal pandemic football from Chelsea, it suits the silent soundtrack of these times.

Taremi’s late strike denied them a 14th clean sheet in 18 games under the German. But only Sam Allardyce’s West Brom seem able to shake them out of their extreme serenity.

Chelsea muzzled Porto thanks to their old dogs at the back – Antonio Rudiger, skipper Cesar Azpilicueta and Thiago Silva, a finalist under Tuchel with Paris St Germain last season. 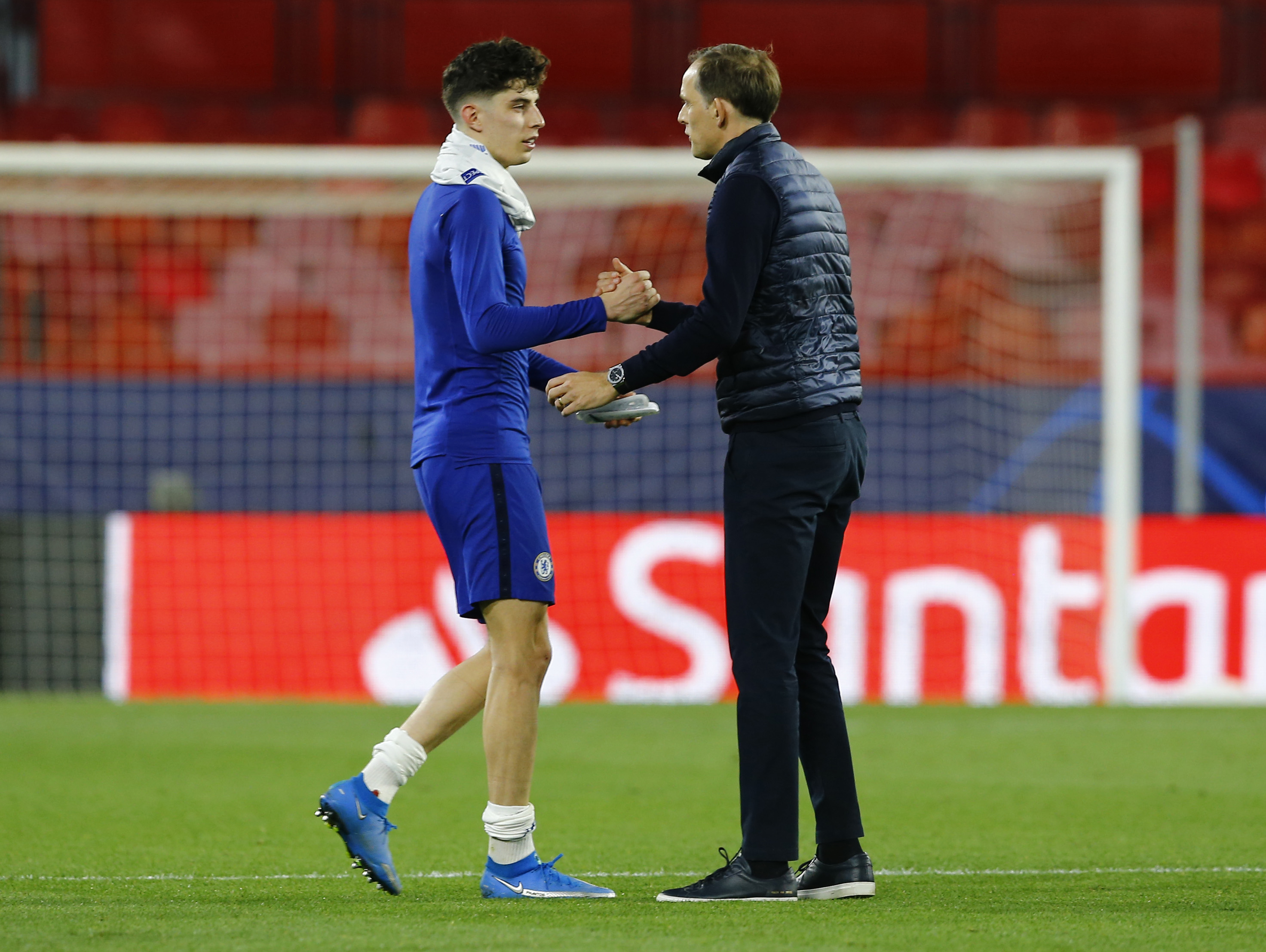 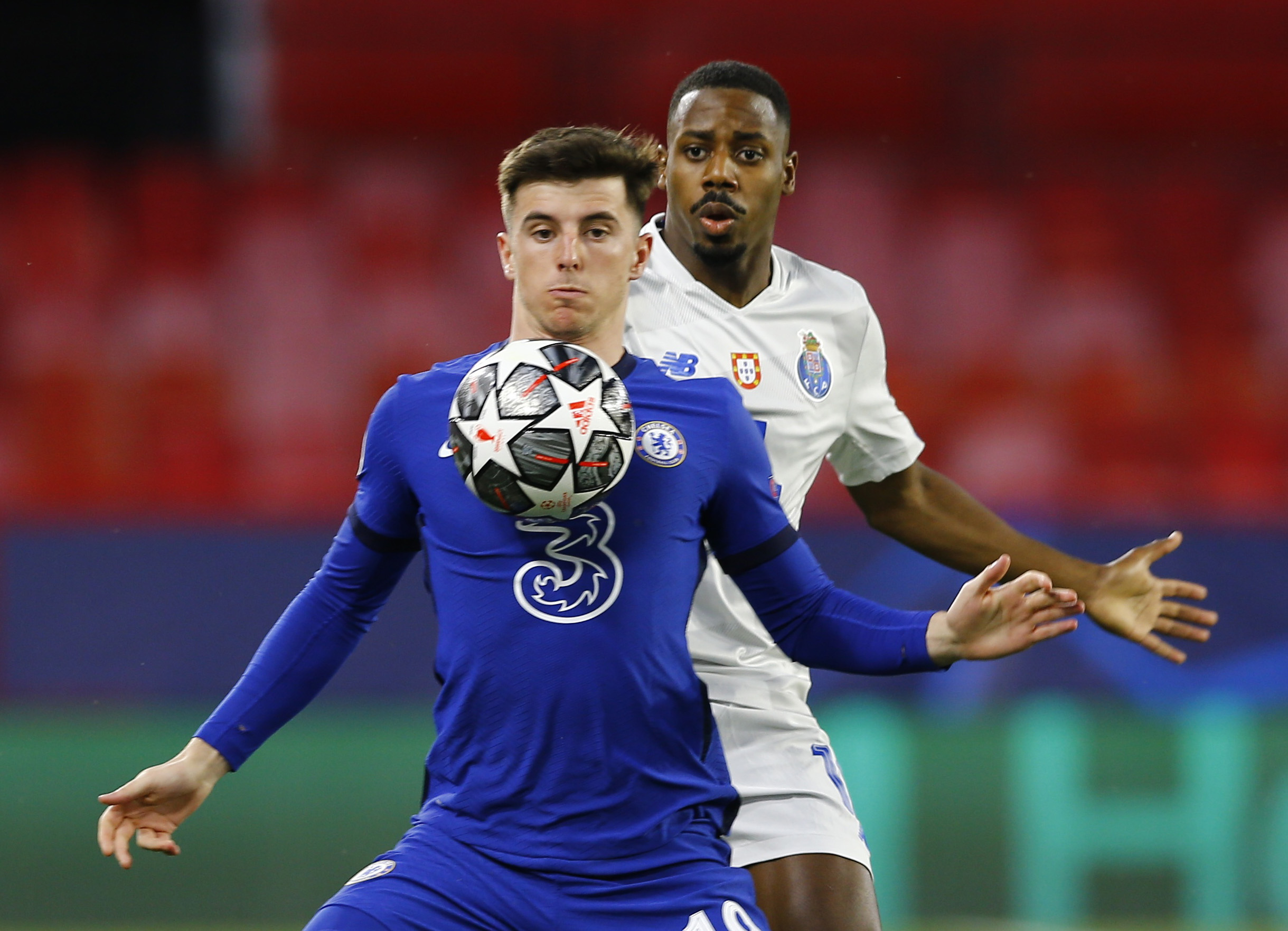 They fight on the training ground, they scrap out in the middle and they show no signs of possessing a glass jaw.

Tuchel’s men face Manchester City in an FA Cup semi-final on Saturday and they are still part of a mighty scramble to finish in the top four to ensure they hear the caterwauling of the Champions League anthem again next season.

There are three fronts to fight on but Abramovich’s squad is deep, last summer’s £220million spending spree is standing them in good stead.

If 2-0 is a ‘dangerous lead’ in a one-off match, it can certainly be perilous in a two-legged affair. 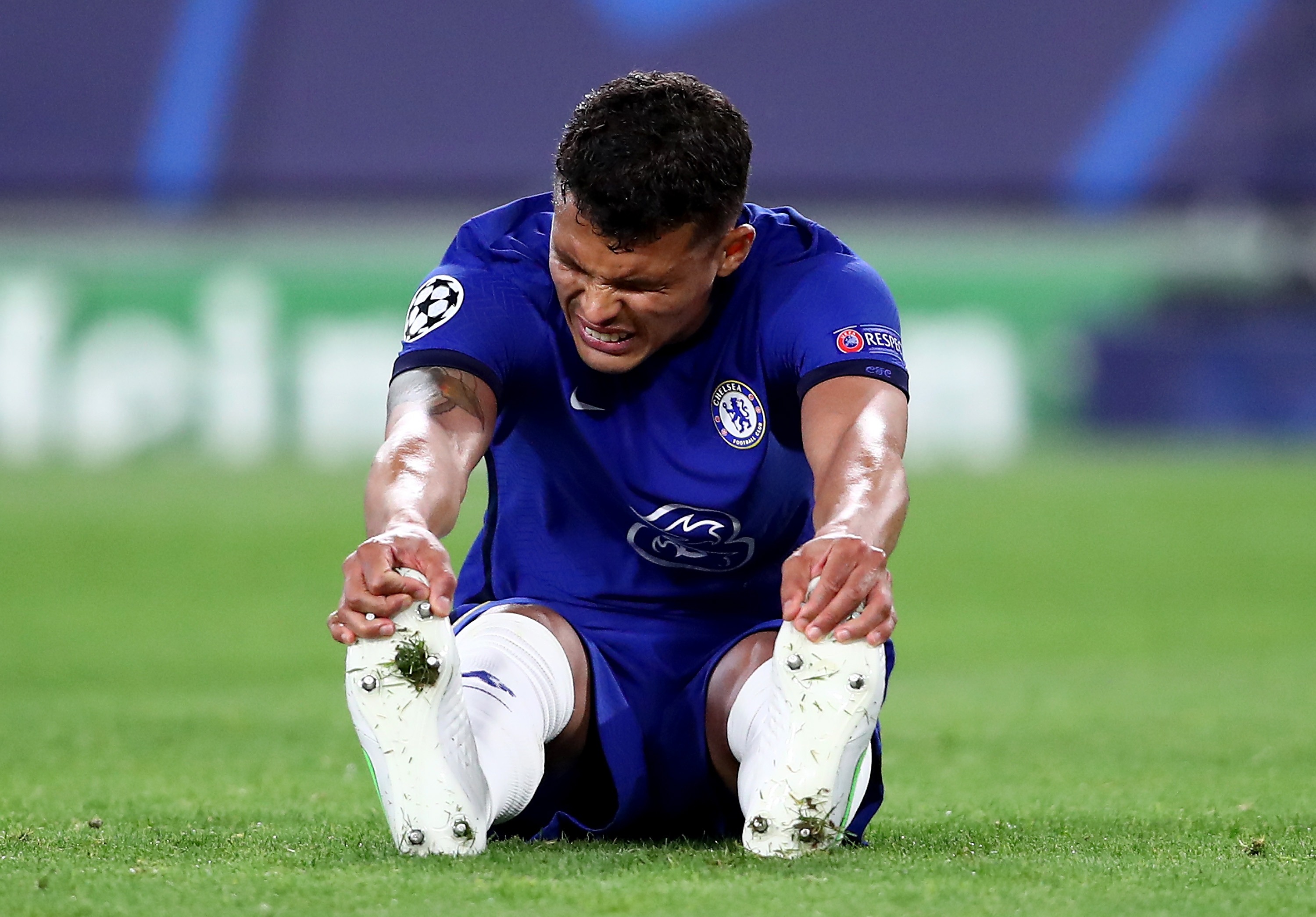 However much a manager tells his side to start from scratch, as Tuchel had done, it is rare to find the same urgency in a team defending a lead.

There were signs of early nerves when Edouard Mendy botched a pass and Jesus Corona had a shot blocked by Jorginho.

Porto were at Chelsea in the early stages, rattling them in midfield, refusing to allow them to settle – but it did not last long.

Mason Mount did have a shot deflected wide and Reece James drilled one narrowly off target across goal.

Corona muscled out Ben Chilwell but skied a shot when a little more composure may well have halved the overall deficit.

But Porto’s impressive start soon petered out and Tuchel’s men were donning their comfy slippers.

Porto made another strong start in the second period but it was Christian Pulisic who was presented with the first clear chance, failing to get his feet around a Chilwell cut-back.

Mount then had a shot blocked after N’Golo Kante slipped him a saucy pass.

But Porto lacked urgency, refusing to take too many risks until the dying moments.

And Chelsea were able to sit back with the port and cigars until Taremi shinned in a bicycle kick seconds from the final whistle.