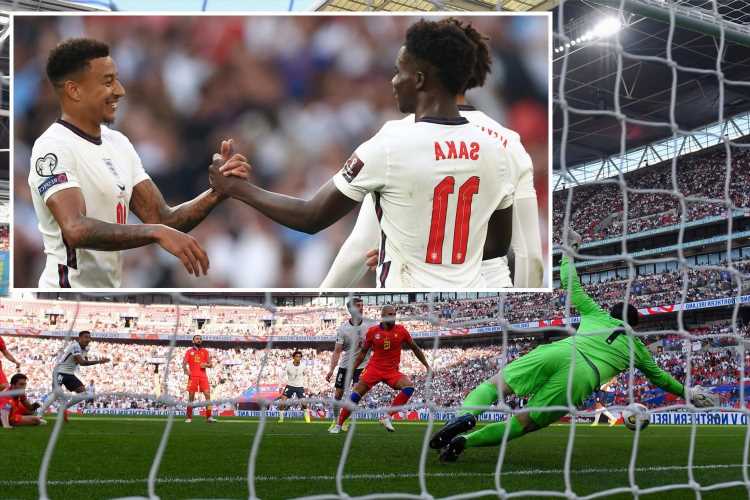 JESSE LINGARD netted a double as England continued their march towards Qatar with a laboured, but ultimately comfortable, victory over Andorra.

Harry Kane netted his 40th international goal from the penalty spot to go level with Michael Owen in fifth place on the list of England's all-time record goalscorers and Bukayo Saka nodded a late fourth. 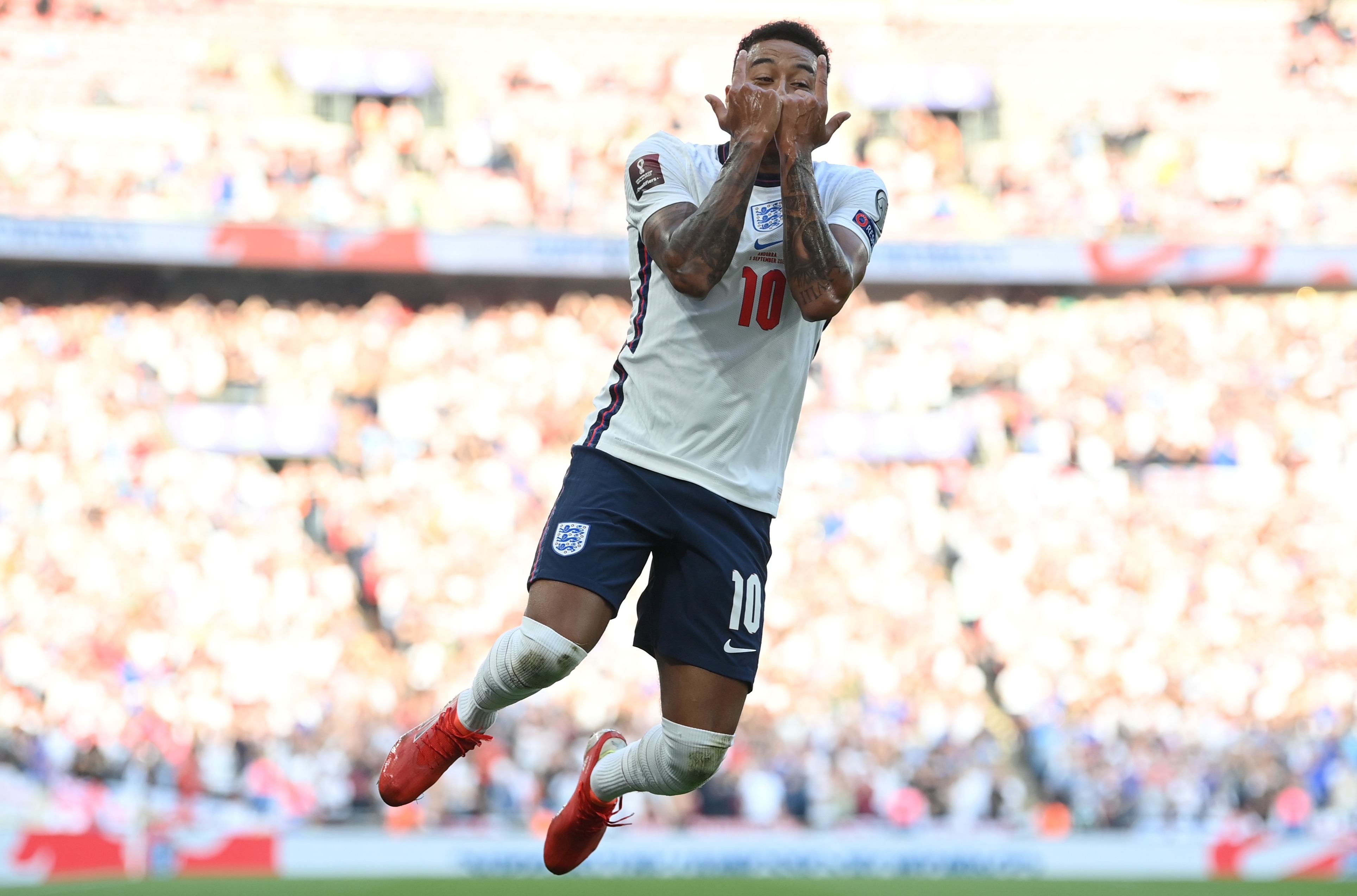 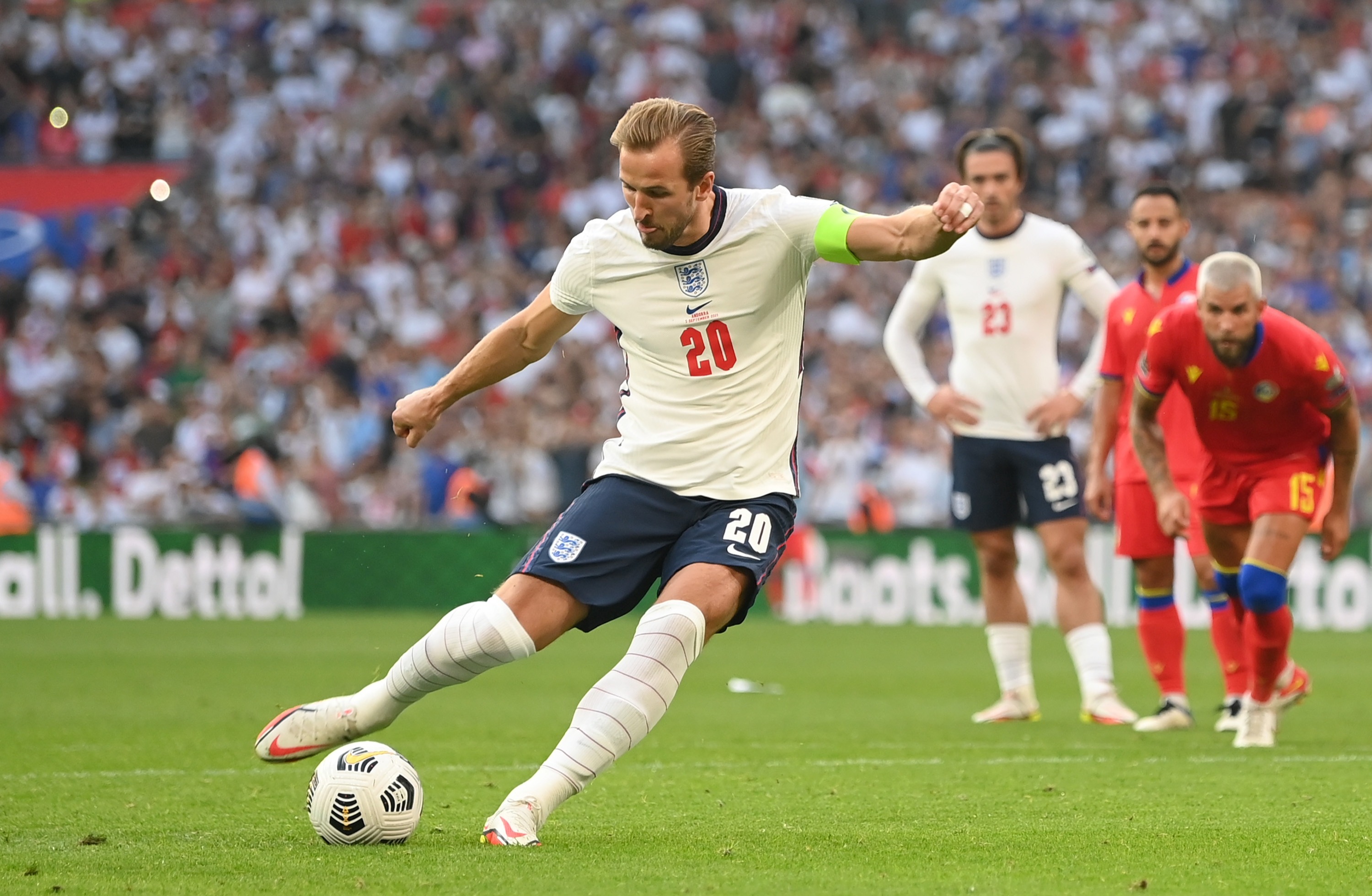 But Tottenham centre-forward Kane was only on the field because Southgate felt compelled to make a triple-substitution soon after the England mark – with Patrick Bamford hauled off on his debut after missing a sitter.

Lingard, a peripheral figure at Manchester United after a summer transfer failed to materialise, made the most of a rare start by netting in either half.

In front of an impressive 67,000 crowd, the Wembley atmosphere was very different to the disgraceful scenes witnessed when England last played in their Euros final defeat by Italy in July – a family audience enjoyed a day out in Indian-summer weather.

England now visit Poland on Wednesday, where victory would almost guarantee a place in next year’s finals in Qatar.

Southgate made 11 changes to the side which humped Hungary 4-0 in Budapest on Thursday – but a lack of attacking players in his squad, meant that three specialist right-backs started against a team ranked 134th in the world.

The England boss has a long-running fixation with right-backs, but Trent Alexander-Arnold was employed in central midfield here.

Having not played in that position for more than three years, the Liverpool man struggled to make an impact.

An unmarked Saka had an early shot deflected wide – with Greek ref Anastasios Papapetrou somehow failing to award a corner.

Yet on 18 minutes, Saka fed Lingard who tucked home with little fuss.

Lingard thought he had a second soon after when he scooped a shot over keeper Josep Gomes only to be denied by an offside flag. 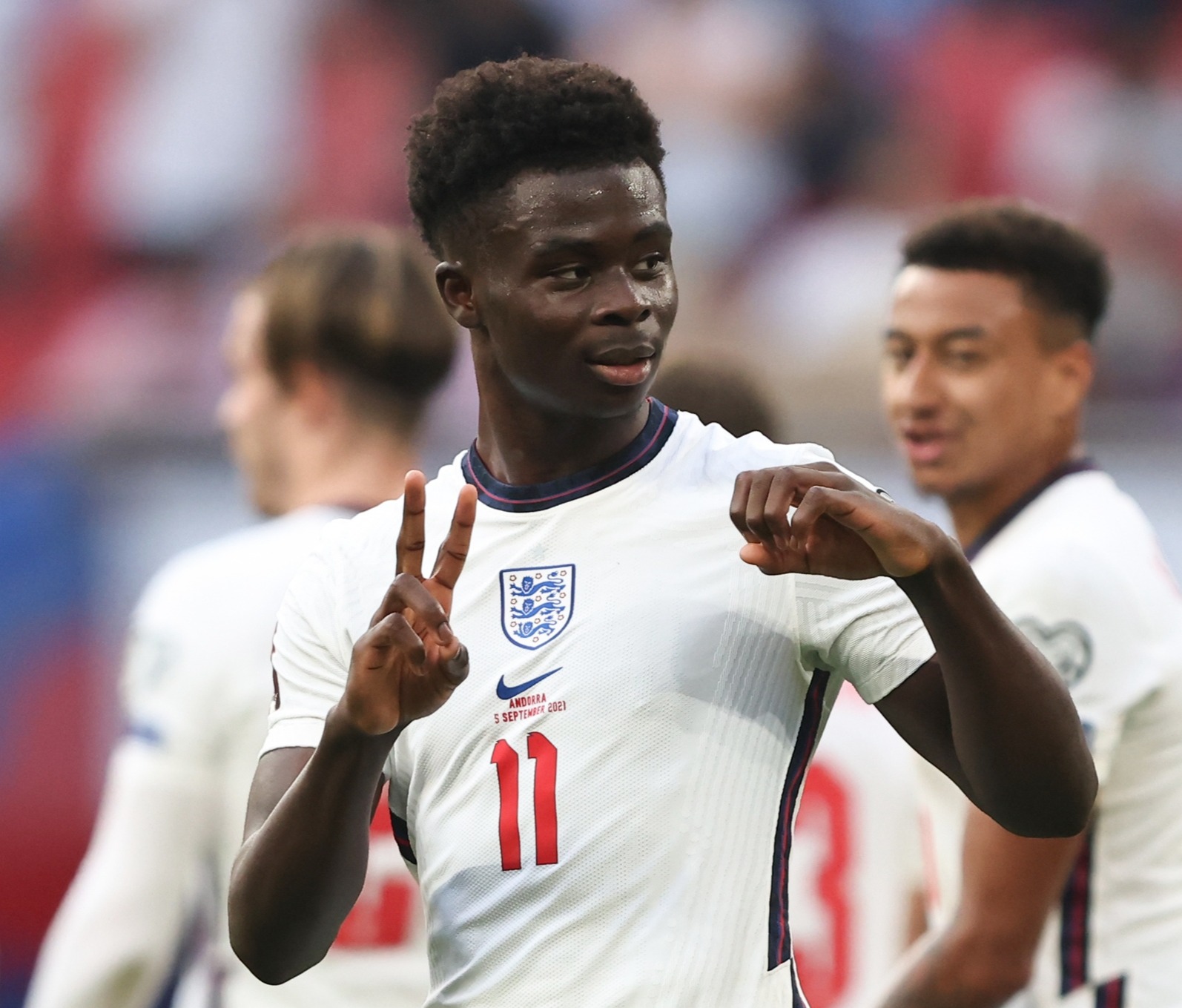 England squandered several chances to extend their lead before the break – Conor Coady sending an overhead kick just over, Bellingham drilling into the side-netting and Reece James driving over.

After the break, debutant Bamford spooned one over and James shook the crossbar from distance.

But after an hour, had had enough and sent for the cavalry – Harry Kane, Jack Grealish and Mason Mount replacing Bamford, Bellingham and James, with Alexander-Arnold moving to right-back.

And the three combined for the second goal, some lovely interplay between Grealish and Mason Mount ending with the Chelsea man being barged over by  Christian Garcia with Kane ramming home from the spot and moving to within 12 goal of Wayne Rooney’s England record.

Then Lingard cut in from the left and pinged home the third and, from a short corner, the United man centred for Saka to head home the fourth.