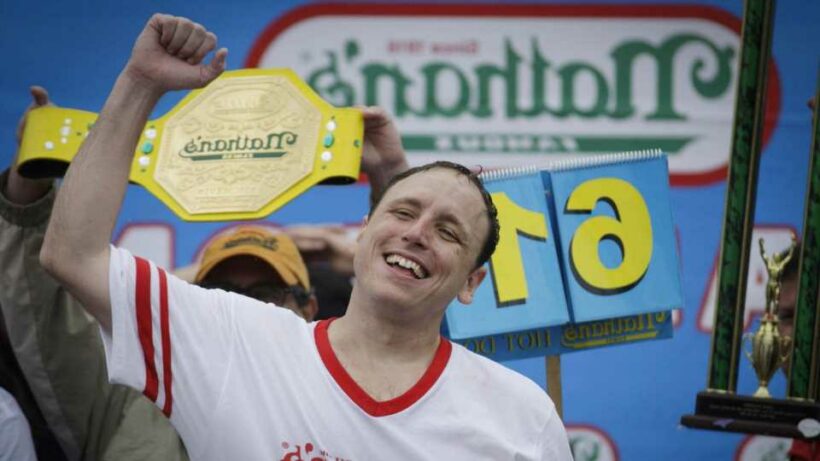 The 2021 Nathan’s Hot Dog Eating Contest has been one of the most predictable events on the sports calendar for the last 14 years.

Every year, challengers line up to take aim at Joey Chestnut. He has gone home with a win 13 times. He has only gone home as a loser once.

Yes, the contest is far from the days of the great Chestnut vs. Takeru Kobayashi rivalry of the mid-2000s. Still, there is excitement surrounding the event every year, especially for bettors who know that relying on Chestnut is a virtually foolproof plan to make some extra cash.

That said, this year the women’s contest is more open than ever before. Miki Sudo, who has won the women’s division of the hot dog eating contest seven times in a row, isn’t participating in the 2021 event. As such, a new winner will step forward.

Will it be the favorite, Michelle Lesco, or will one of the other competitors deny her a chance to earn her first Nathan’s title? That will be the biggest question for bettors to answer.

What other bets can you make for the 2021 Nathan’s Hot Dog Eating Contest? Here are the best bets and prop bets available for the Fourth of July tradition with Sporting News’ pick for the event in bold.

All odds courtesy of DraftKings Sportsbook.

You simply can’t pick against Joey Chestnut in an event that he has owned over the past 14 years. Since 2007, Chestnut has won the Hot Dog Eating Contest 13 times in 14 tries. His only loss came in 2015 when Matt Stonie dethroned him by eating 62 hot dogs compared to Chestnut’s 60.

That was an aberration. Since then, Chestnut has broken his own world record three times, including last year when he ate a whopping 75 hot dogs. The second-place finisher, Darron Breeden, ate just 42.

Chestnut may face more competition with the event facing fewer COVID restrictions in 2021, but he’s still the man to beat. Picking against him to win would be foolish, but this bet isn’t all that attractive considering the uber-short odds that Chestnut is facing ahead of the contest. Simply put, it will be hard to make a significant profit on this bit without taking an even more significant risk.

Who will win the 2021 Nathan’s women’s Hot Dog Eating Contest?

With Miki Sudo not participating in the 2021 hot dog eating contest, the women’s division is more wide open than ever. In 2019, Michelle Lesco finished in second place with 26.5 hot dogs to Sudo’s 31. Can she repeat her success in 2021? It’s hard to gauge considering that she skipped last year’s contest, but she is the No. 9-ranked competitive eater in the world by Major League Eating, and the highest-ranked woman outside of Sudo.

Maybe Sarah Rodriguez or Larell Marie Mele can challenge Lesco, but Rodriguez didn’t compete in the contest last year while Mele didn’t even reach half of Sudo’s 48.5 hot dog total. Lesco is worth trusting despite the short odds.

How many hot dogs will Joey Chestnut eat?

The books are very confident that Chestnut will come within at least one hot dog of his world-record 75, but this number does come with a bit of risk.

Chestnut has only exceeded the 73.5 hot dog mark in two of his last five outings. That makes the 73.5 number a bit of a toss-up.

However, the lean on the over seems to be correct.

Chestnut will be motivated to set another world record. After all, his bounce-back 75 came in front of no audience, as the contest was held indoors without spectators due to the COVID-19 pandemic last year. He’ll be looking to put on a show for those who do show up.

The other positive for Chestnut chances is the weather. Yes, believe it or not, that can have an impact on the eaters. If it’s very hot out, eaters tend not to be able to eat as much. Case and point, in 2010, Chestnut logged just 54 hot dogs eaten, the lowest total of his career in a win. The temperature that day was 97 degrees.

It was also 90 degrees out in 2019 when he came up short of setting a world record for the first time since his 2015 loss. In 2020, the event was indoors, and he bounced back accordingly.

So, what’s the forecast for the Fourth of July in Brooklyn this year? The high is projected to be 76 degrees. That’s good eating weather, so between his motivation to set a record in front of a crowd and the weather looking solid, going with the over seems like the better bet.

If you’re worried that Chestnut doesn’t have much competition from other eaters, don’t be. He’ll still be competing against himself.