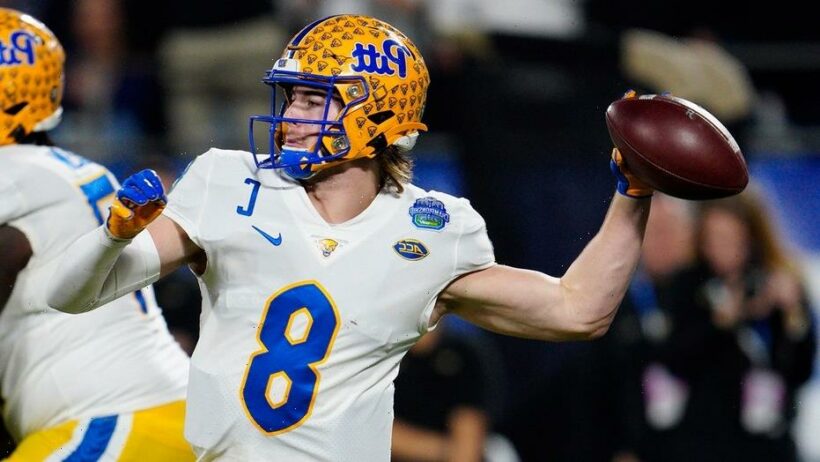 The Tuck rule, the Calvin Johnson rule, the Carson Palmer rule and now…the Kenny Pickett rule? You betcha. Pitt quarterback Kenny Picket likely won’t win the Heisman on Saturday, but he will leave college with at least one notable accolade. His fake slide, which he then turned into a touchdown, has now been banned by the NCAA.

“A fake slide will not be considered reviewable,” Steve Shaw, the Secretary-Rules Editor of the NCAA Football Rules Committee, said on Thursday. 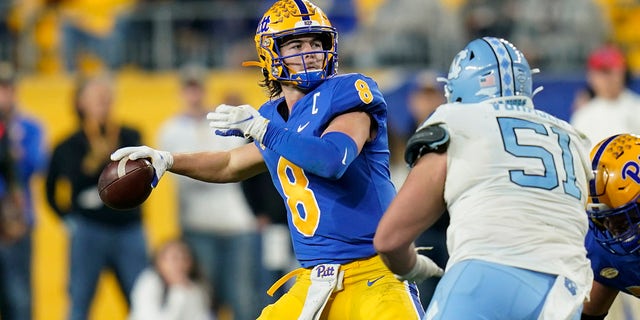 Pittsburgh quarterback Kenny Pickett (8) prepares to throw a pass that went for a touchdown, as North Carolina defensive lineman Raymond Vohasek (51) rushes during the first half of an NCAA college football game, Thursday, Nov. 11, 2021, in Pittsburgh.
(AP Photo/Keith Srakocic)

Pickett was able to freeze the defense with a simple fake slide because defenders must keep their distance from a sliding quarterback or risk penalty.

“It makes me want to puke. I’m sick of it. I’m sick of all this protecting the quarterback crap,” former NFL QB Chris Simms told the Dan Patrick Show earlier this week. “That’s cheating right there. It’s cheating! It really is…

“I’m not mad at him,” Simms added, referencing Pickett’s rule-bending move. “Don’t hate the player, hate the game. I understand that… (but) protecting the quarterback has gone overboard.”

Though the NCAA likely don’t agree that quarterbacks are overprotected, they do agree that Pickett’s okie-doke can’t happen again.

“Any time a ball carrier begins, simulates, or fakes a feet-first slide, the ball should be declared dead by the on field officials at that point,” Shaw’s Thursday statement reads. “The intent of the rule is player safety, and the objective is to give a ball carrier an option to end the play by sliding feet first and to avoid contact. To allow the ball carrier to fake a slide would compromise the defense that is being instructed to let up when the ball carrier slides feet first.” 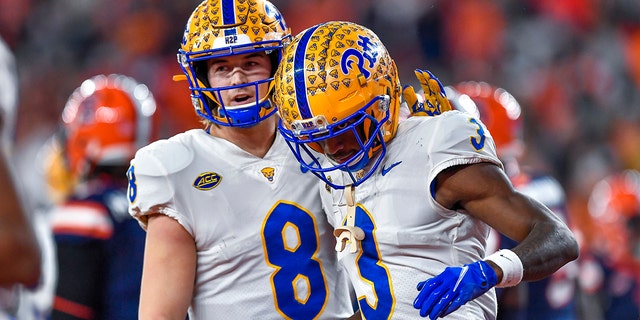 The NCAA adds that such plays will not be reviewable.

Pickett, whose Panthers more than doubled-up Wake Forest 45-21 to claim the conference crown, didn’t feel as though he was cheating since there wasn’t yet a rule preventing the fake slide.

“People are saying I cheated. I think that’s a little ridiculous. There’s no rule for it,” Pickett told the Dan Patrick Show on Wednesday. 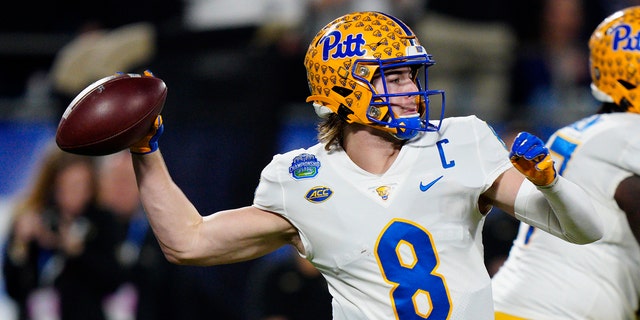 “I couldn’t do it again if I tried, probably. I’ve never practiced it…I don’t even know how I came up with it on the fly,” added Pickett. “I just did it. Just being a player.”

Fortunately, the senior quarterback won’t need to know how to recreate the move — unless he wants to be penalized under the Pickett rule.