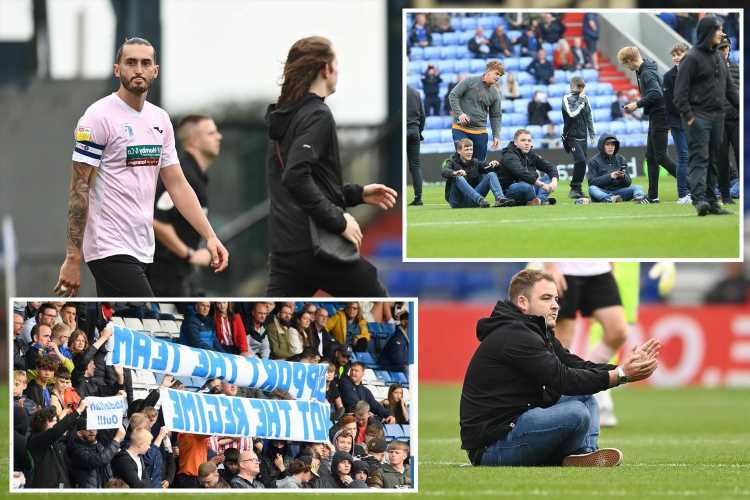 ANGRY Oldham fans invaded the pitch DURING Saturday's 3-0 defeat to Barrow – stopping play as they protested against the club's owners.

League Two's second-bottom club were already 3-0 down when supporters came on, some sitting down in the centre circle. 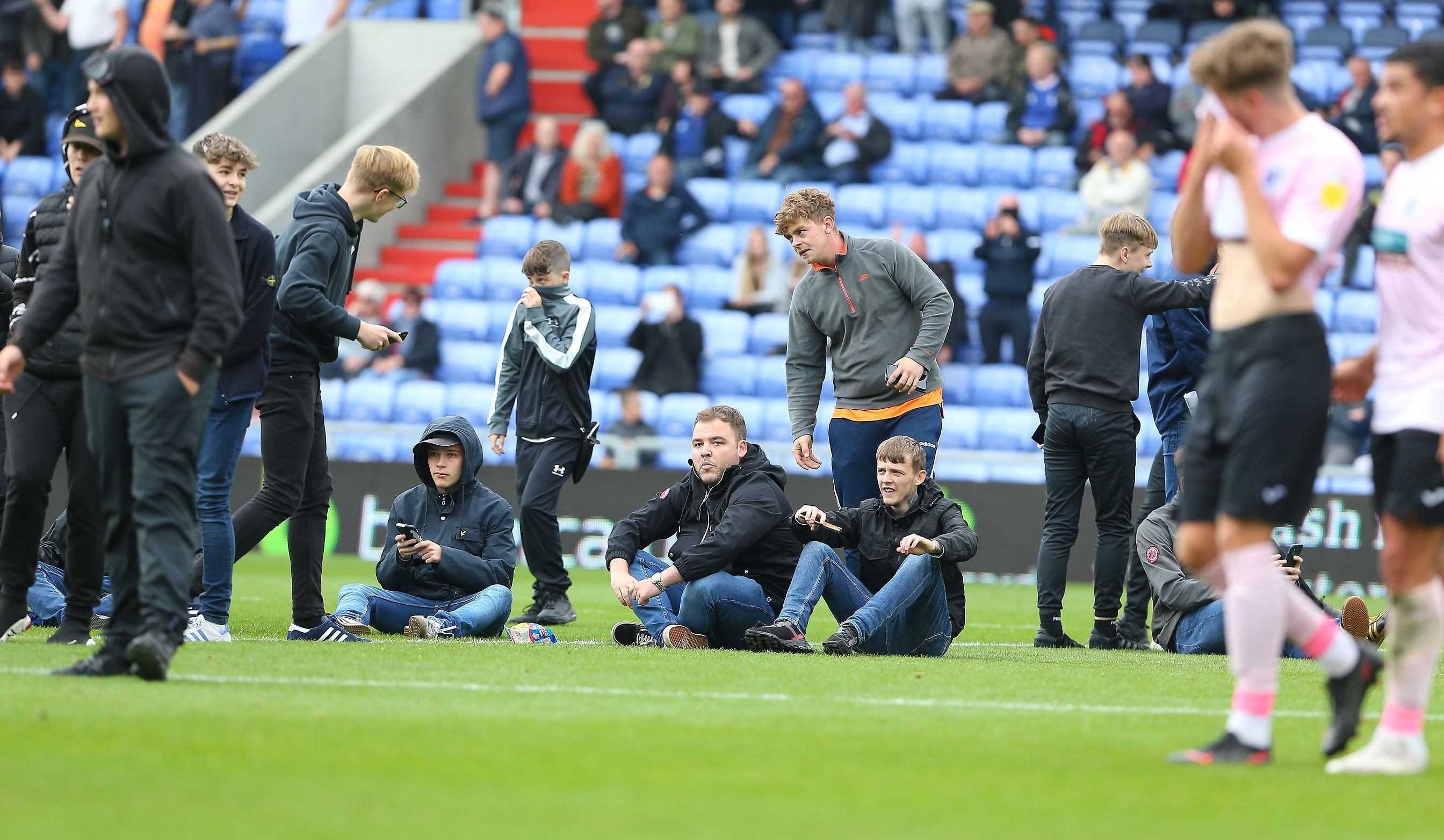 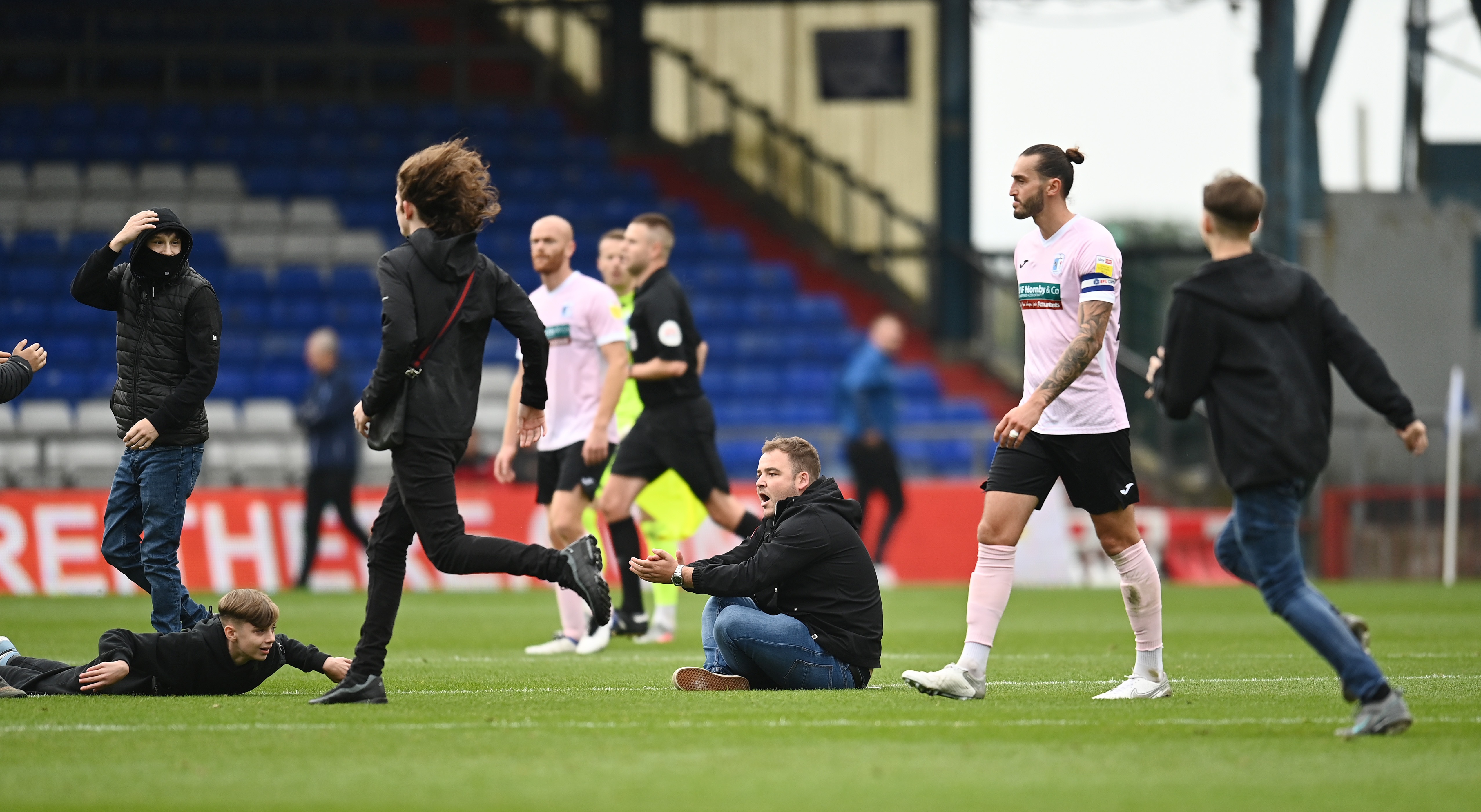 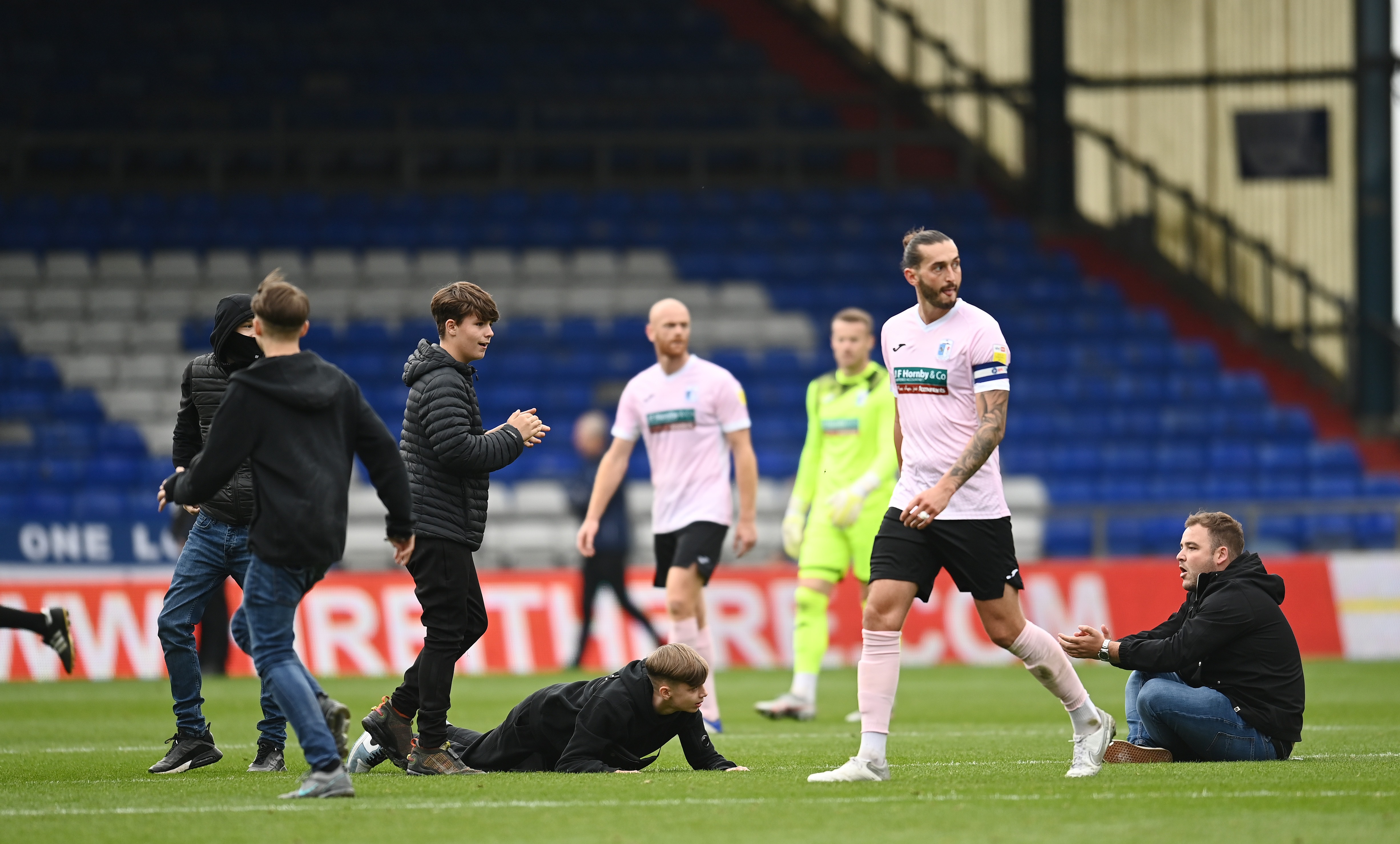 Referee Carl Boyeson took players off for three minutes as fans upped their campaign against owner-brothers Abdallah and Mohamed Lemsagam.

In the past three and a half years under the Lemsagams, Oldham have seen wages paid late, threats of player strikes and demotion to the fourth tier.

And even before Saturday, supporters have intervened at matches this season to complain about their famous club's plight.

Fans entered the Boundary Park pitch at the end of a 2-1 defeat against Colchester on August 21 – the Latics' SEVENTH League Two loss in a row, including last season.. 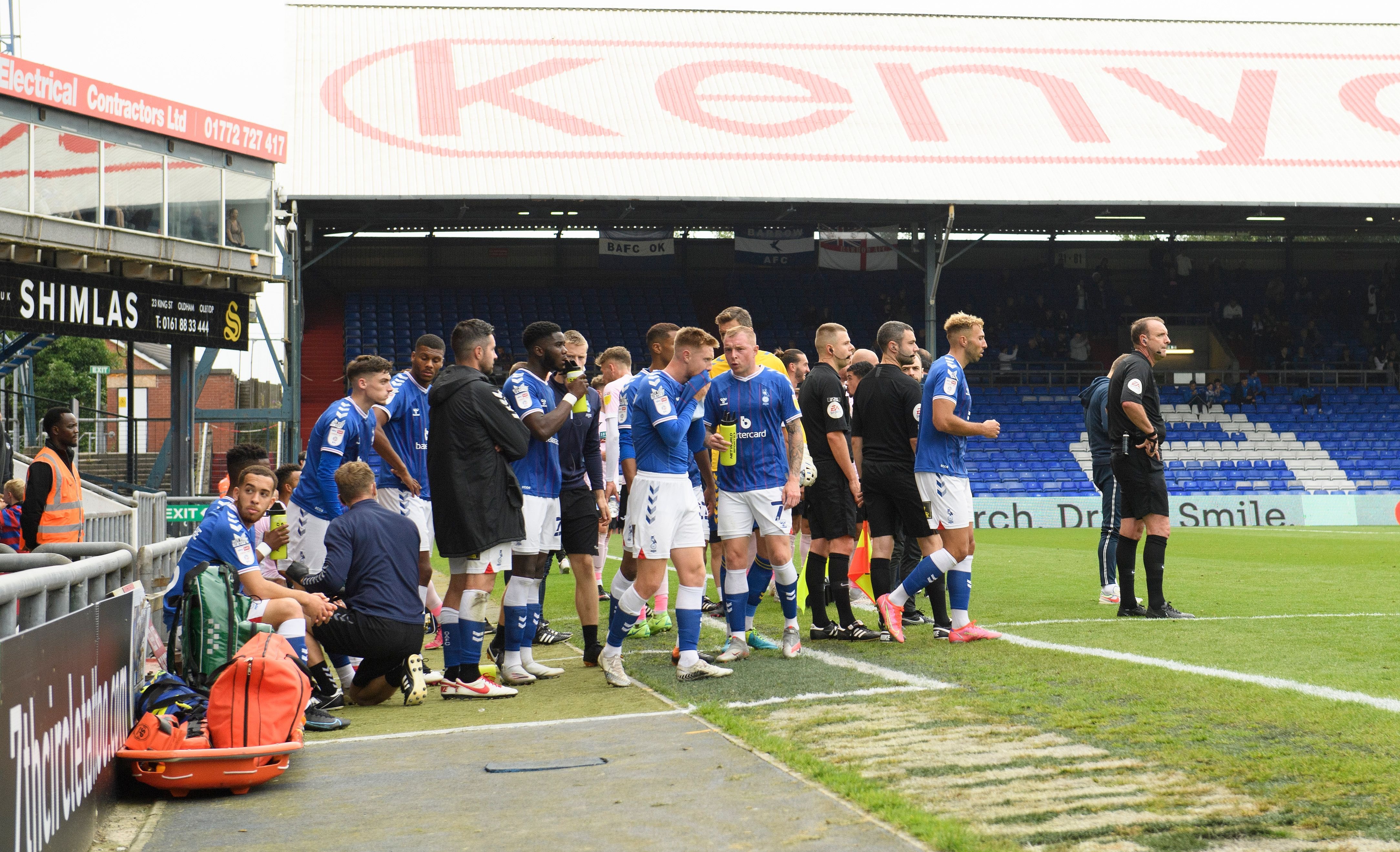 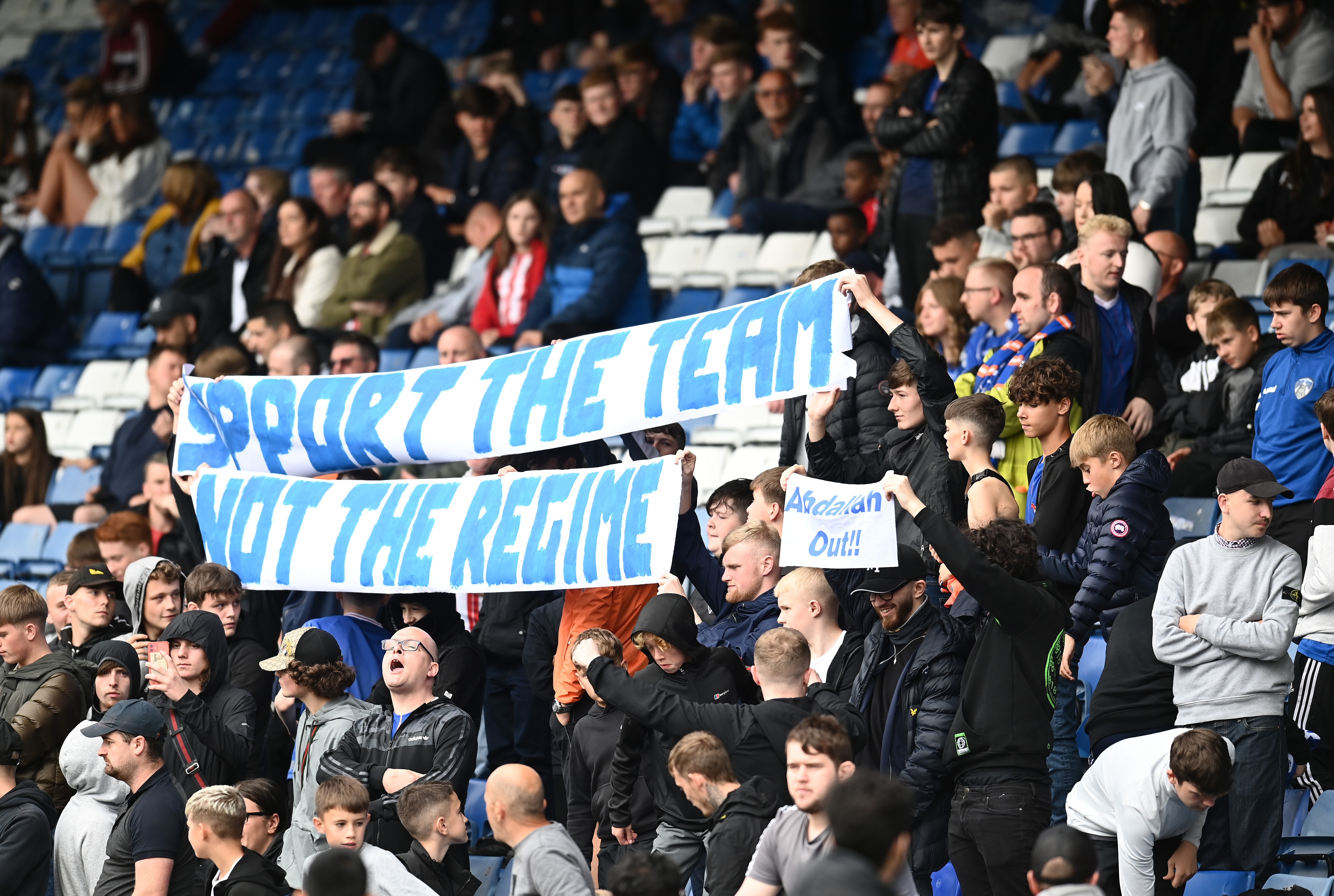 The Latics went on to win a penalty shootout following a goalless draw.

But there was no happy conclusion to the match action against Barrow.

Former Oldham midfielder Ollie Banks drilled the visitors in front from 22 yards on the quarter-hour mark, teed up by debutant Jordan Stevens.

And four minutes after that Joe Grayson's free-kick evaded everyone on its way to the far corner – further stirring up home fans' frustration.

Supporters soon surged onto the pitch, a few sitting down in the middle.

And once play resumed Barrow saw the game out comfortably, leaving Barrow with just three points from six matches. 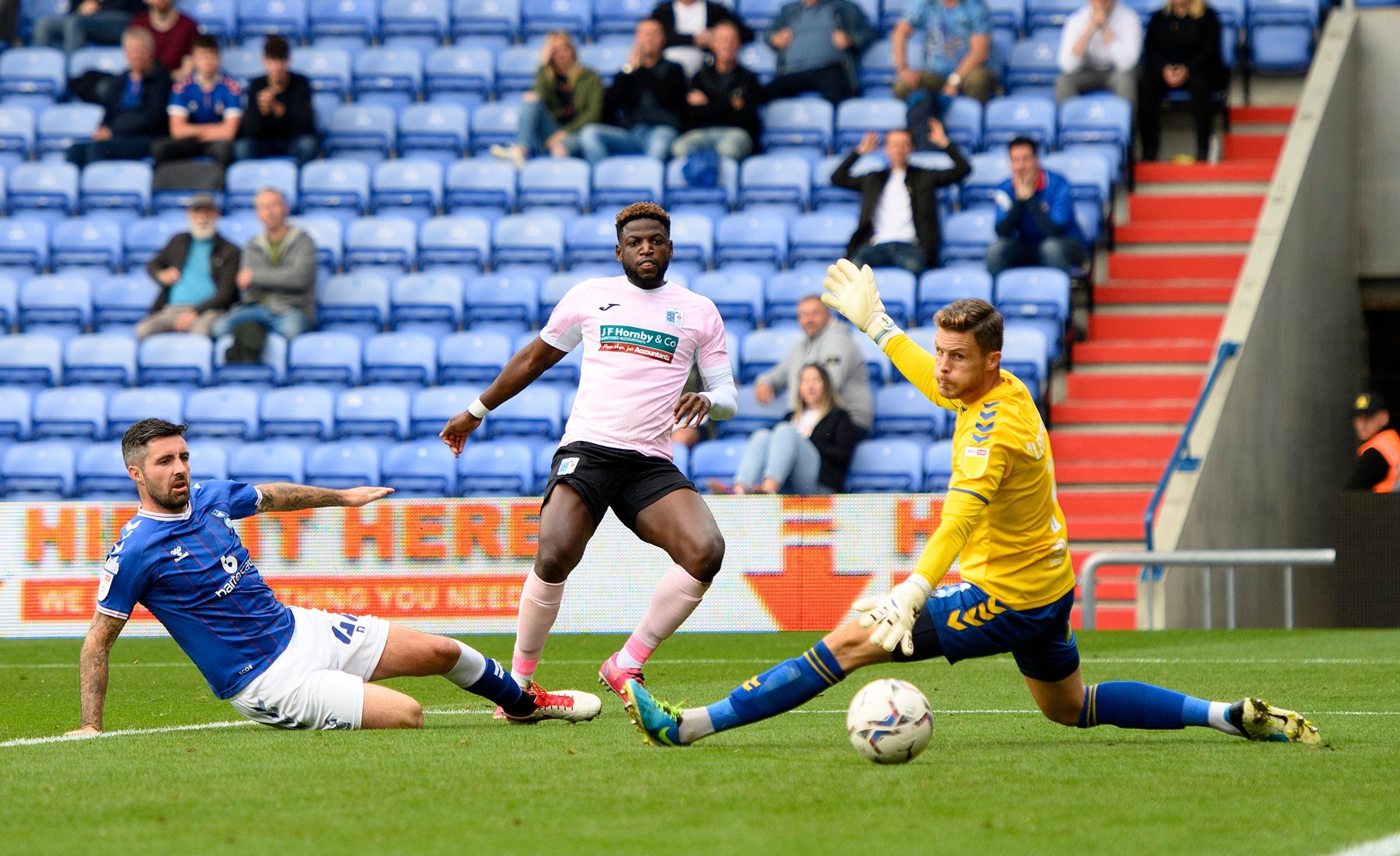