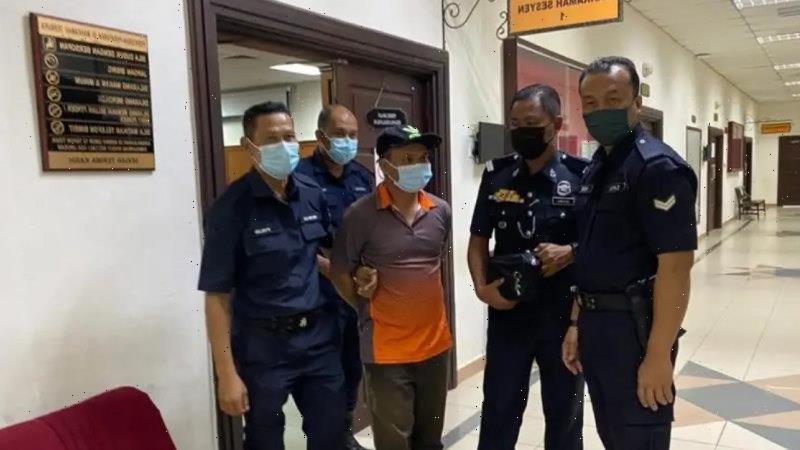 Singapore: For more than a decade Lundu has harboured a sinister secret.

The small district in Sarawak, the Malaysian state on the north-west side of Borneo, is described by the tourism body there as a “sleepy up-country town”.

Beneath the laidback veneer is a shocking reality. Dozens of children have been abused there by a local man who, by posting about his exploits on the dark web, became one of global law enforcement’s most wanted child sex offenders.

For at least 14 years he operated without detection, abusing children between the ages of two and 16 and boasting on messaging forums about recording his crimes.

After a lengthy international investigation, the man has finally been apprehended and jailed while four children aged nine to 14 have been rescued.

The capture of Alladin Lanim, 40, might never have happened, however, if not for the sleuthing of Australian police – specialist investigators from the Australian Federal Police, Queensland Police and the Australian Transactions Reports and Analysis Centre (AUSTRAC).

He had been on their radar for two years, ever since a multi-national internal police report in 2019 listed his online alias as one of the top 10 offenders in the world in exploitation of children on the internet.

Lanim had been sharing child abuse material on the web since 2007 and been linked to more than 1000 images and videos depicting the sexual abuse of minors.

“He was so prolific with so many victims, that’s why he became a high priority,” Detective Sergeant Daniel Burnicle, the acting senior officer for the AFP in Kuala Lumpur, told The Sydney Morning Herald and The Age.

At that stage, police had nothing more on the man they were pursuing than his anonymous online profile. Discovering his name and then finding him was the hard part.

In August 2020, though, experts at the Australian Centre to Counter Child Exploitation’s victim identification unit made a breakthrough. 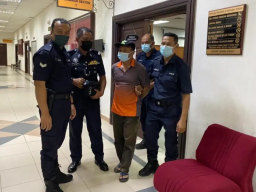 Alladin Lanim is escorted by Malaysian police during a court appearance in Kuching in August.Credit:Dayak Daily

The AFP-led operation, which includes members of Queensland Police’s Argus taskforce for child victim identification, came across a social media image of the man they suspected they were looking for.

After sending the picture off to Malaysia, AFP officers in Kuala Lumpur and Royal Malaysia Police and United States Homeland Security investigators then raced to put a name to it, knowing all the while that more children could be in danger of abuse the longer the search went on.

“It’s just a slow, methodical burn,” said Burnicle. “They’re going through images trying to work out where that location may be so they can follow up. It’s all very difficult with the dark web to track people.”

Eventually, a team at AUSTRAC, the Australian government’s financial intelligence agency, was this year able to put together another key piece in the puzzle in concert with their counterparts.

Crucially, as they trawled through financial and other records, they came across the same image as the one that had been forwarded to Kuala Lumpur from Australia months earlier, this time with identifying information attached.

With Lanim’s identity blown, his ghastly game was almost up, but police still had to actually catch him.

In July, the Australian investigators assisted in tracking him to a state COVID-19 quarantine facility, where he was serving a mandatory period in isolation after arriving back in Sarawak following a trip to peninsula Malaysia.

When Lanim was allowed out of isolation on July 5, Malaysian officers were there waiting for him. 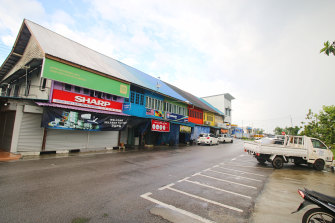 Six weeks later, in court in the state capital Kuching, he pleaded guilty to 18 charges and was sentenced to 48 years in prison and 15 strokes of the cane.

Local media said Lanim had molested children at a plantation and on the verandah of a house in Lundu and induced them to view pornographic material by letting them play a game on his phone.

Australian investigators, who provided a package of material to prosecutors in Kuching, identified 34 victims he had abused but believe there may have been more.

“This [investigation] was all, of course, done during COVID, which made it all more difficult in terms of being able to get around the country and just conduct those basic field inquiries that you would do,” Burnicle said.

“We hope this case will be like a learning experience that we use over here and say ‘this is what’s happened, how can we do it better for next time?’ You need a police force to be able to counter this type of offending”.

Australia and Malaysia have a deep history in co-operation on security and policing, with the AFP office in Kuala Lumpur the agency’s oldest and approaching its 50th anniversary.

It’s an association that has paid off in unmasking a predator and Assistant Commissioner Siti Kamsiah Hassan of the Royal Malaysia Police’s Sexual, Women and child Investigation Division is thankful for the help. She said Malaysian police would continue to protect minors “in spite of COVID”.

After the horrific crimes committed in Lundu, the children there are now at least a little safer.