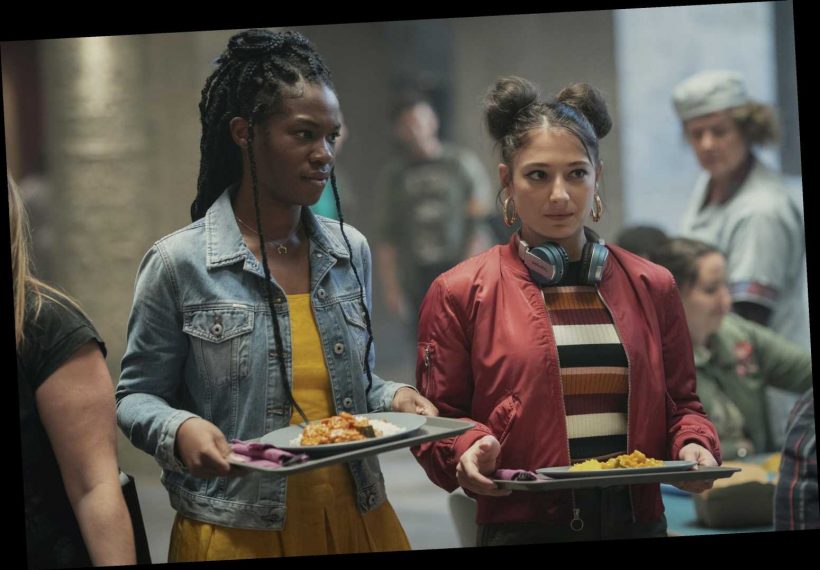 At first glance, Fate: The Winx Saga on Netflix doesn’t look like it’s based on a cartoon series with major Sailor Moon and Bratz vibes… but it is! Fate: The Winx Saga is an adaptation of The Winx Club, and while the characters and story are basically the same, there are a lot of differences.

The obvious difference between The Winx Club and Fate: The Winx Saga is that the latter live-action series is edgier and aimed at older teens and young adults. It’s like how the Dark Knight movies decided that Batman should be super serious and gritty. You could drive yourself crazy listing all of the little differences between the live-action show and the cartoon. Bloom meets Stella in the park, not in the dormitory. Why don’t they all have wings? Where’s the rabbit? Etc. So here are the major differences worth mentioning.

They’re not *all* princesses.

On the Netflix series, Stella is a known princess and Bloom like… might have royal roots. But on the Nickelodeon series, all of the Winx are fairy princesses, including Aisha and Musa. That’s kind of their deal. Sky, Stella’s ex-boyfriend who immediately takes an interest in Bloom, is a prince in the Nickelodeon show too.

There are no songs.

Oh yeah, the Nickelodeon show was totes a musical. We’re going to have to wait for karaoke night to hear any of the Netflix girls’ pipes, unfortch.

Speaking of music, Musa in the cartoon had musical powers, and in the new show she’s an empath who wears headphones. Close enough?

Some of the OTPs from the original series set sail at the beginning of the series. I’m talking about Bloom and Sky, who have a will they/won’t they thing going from the start. But Musa, who has a boyfriend named Sam on the Netflix series, dates Riven in the cartoon. They had a moment at the end of the season… was it romantic foreshadowing? The Sky/Stella relationship in Fate: The Winx Saga is also totally new for fans of the original show. Other Winx Club love interests like Stella’s boyfriend Brandon, Flora’s boyfriend Hella, and Aisha’s boyfriend Nabu haven’t shown up yet at all.

…and a little more gender equality.

Beatrix is (likely) a combo of three characters.

It’s super suss that there was a trio of evil witches called “Trix” in Winx Club and one of the mean girl antagonists in Fate: The Winx Saga is named Beatrix. However, it hasn’t really been confirmed that she’s based on all of them. The cartoon’s Italian creator Francesco Artibani was deliberately vague about it on Twitter. IMO they could still incorporate Icy, Stormy, and/or Darcy into the show.

Where TF are Flora, Techna, & Roxy?

Fans of the original series will notice that Flora, the fairy with a magical green thumb, has been replaced with Terra — whose casting on Fate: The Winx Saga caused a bit of controversy, as Flora is canonically Latino and Terra is played by a white actress. (It is also possible that Musa, an Asian character in the cartoon, was whitewashed… but the actress’ ethnicity has not been publically discussed or divulged.)

The Netflix show alludes to Terra having a cousin named Flora, so let’s hope they set this diversity fail right and bring Flora on board for Season 2. Let’s also hope that Techna, a genius fairy with powers over technology, and the animal-obsessed Roxy, who also do not appear in Fate: The Winx Saga, are cast if the show continues for a second season.

Want to get access to *all* of Cosmo? We’ve got you covered.