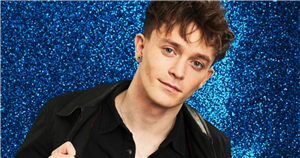 The Vamps hunk Connor Ball has become the latest famous face confirmed for Dancing on Ice 2022.

"I’m quite clumsy, accident prone. Ice is hard! It was pretty hard to keep the secret.

The rest of the band know. They’re super excited for me."

Clearly excited about the news, Connor's band mate and former I'm A Celebrity contestant James McVey tweeted: "In true @TheVampsCon fashion, he has opted to compete in effectively the most technically-challenging tv show on the box.

James was not the only one who can't wait to see Connor take to the ice in January.

The Vamps fans flooded Twitter with messages of support for the musician.

One follower penned: "OMG Connor Ball on Dancing On Ice, maybe i will watch it this year?x" A third person posted: "Connor Ball on Dancing On Ice? He falls off the stage at a tour, he doesn’t even have to dance is he gonna cope???"

While a fourth social media user said: "Will ONLY be watching Dancing On Ice for Connor Ball, literally no other reason." Dancing On Ice returns to ITV and ITV Hub in the new year with the celebrity contestants and their professional partners skating live each week in a bid to impress both the panel and the viewers who will ultimately decide who wins the show.

Sonny was crowned the winner of Dancing on Ice 2021 in March this year.

The radio DJ and his professional partner Angela Egan saw off competition from Faye Brookes, who finished second, and won the public vote during Sunday’s final.

The pair performed a Bolero routine for their final skate, which was inspired by judges Jayne Torvill and Christopher Dean’s 1984 Winter Olympics figure skating performance.

Dancing on Ice is expected to return to ITV in January