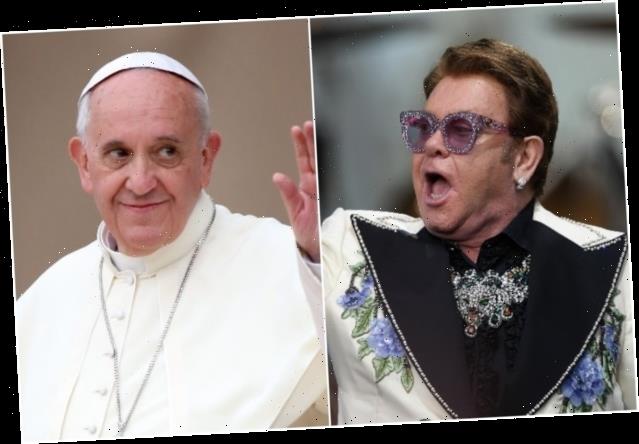 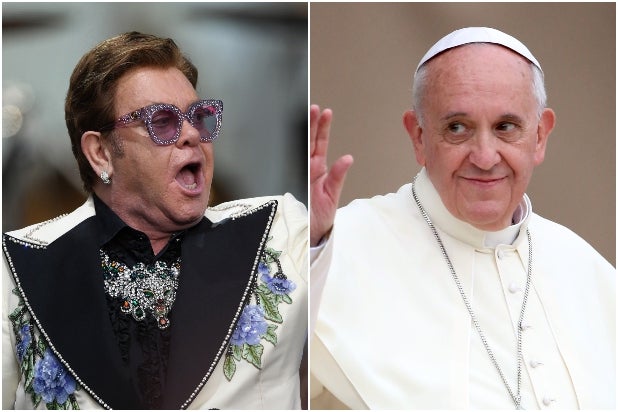 The musician wasted no time pointing out the “hypocrisy” of the Church’s decision. In a Monday tweet, John pointed out that the Vatican invested millions of dollars into his biographical film “Rocketman” — a dramatized retelling of John’s rise to stardom and eventual marriage to husband David Furnish — allowing the Vatican to make money off of an LGBTQ story.

“How can the Vatican refuse to bless gay marriages because they ‘are sin,’ yet happily make a profit from investing millions in ‘Rocketman’ – a film which celebrates my finding happiness from my marriage to David?? #hypocrisy,” John tweeted.

John’s tweet included a screenshot from a 2019 Daily Beast article that reported on the Vatican’s finances. The outlet found that the Vatican donated $4.5 million to finance two films in 2019 — “Rocketman” and Will Smith’s “Men in Black: International.” As the article’s author, Barbie Latza Nadeau, noted, “While investing in mainstream entertainment is hardly sinful, the great contradiction is that the Catholic Church preaches to the devout that homosexuality is a sin.”

“Rocketman,” which stars Taron Egerton as John, won two Golden Globes and an Oscar and was nominated for a GLAAD Media Award in 2020. It won acclaim not only for its vivid storytelling, but also because it was considered the first major studio film to authentically portray sex between gay men onscreen — which makes the Vatican’s decision to finance the movie directed by Dexter Fletcher all the more confusing.

The Vatican did parse semantics in its statement, saying the Catholic Church will still “welcome and bless” gay people, but not their legal unions. It further argued that gay marriages aren’t “part of God’s plan” and that recognizing them in any way that could be conflated with marriage would be sinful.

GLAAD president and CEO Sarah Kate Ellis also chimed in on Twitter on Monday to share her thoughts on the Vatican’s statement.

“False claims that LGBTQ people and their relationships are ‘objectively disordered’ invite harm to LGBTQ people who continue to live in fear of harassment, discrimination, and violence,” Ellis said. “It’s well past time for an examination of conscience at the Vatican to recognize the harm that statements like these cause, especially to the many faithful LGBTQ Catholics and allies who deserve love and acceptance from their faith leaders.”

See John and Ellis’ tweets below.