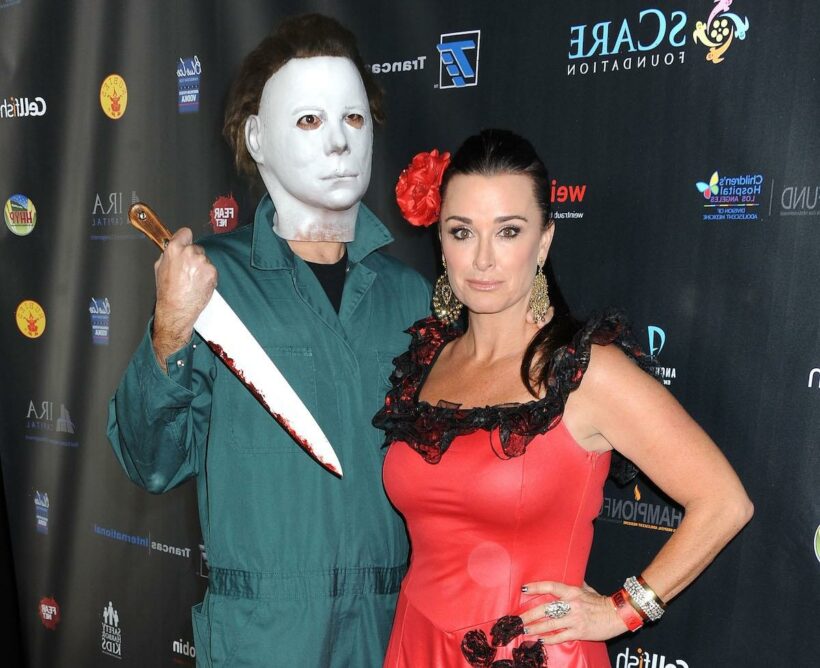 You expect a little — or maybe a lot of violence in a Halloween franchise movie. But nobody expects that violence to extend to reality. In a recent interview, Halloween Kills co-star Kyle Richards admits that she broke her nose while shooting a fight scene with slasher Michael Myers.

Kyle Richards played a child in the original 1978 ‘Halloween’ movie 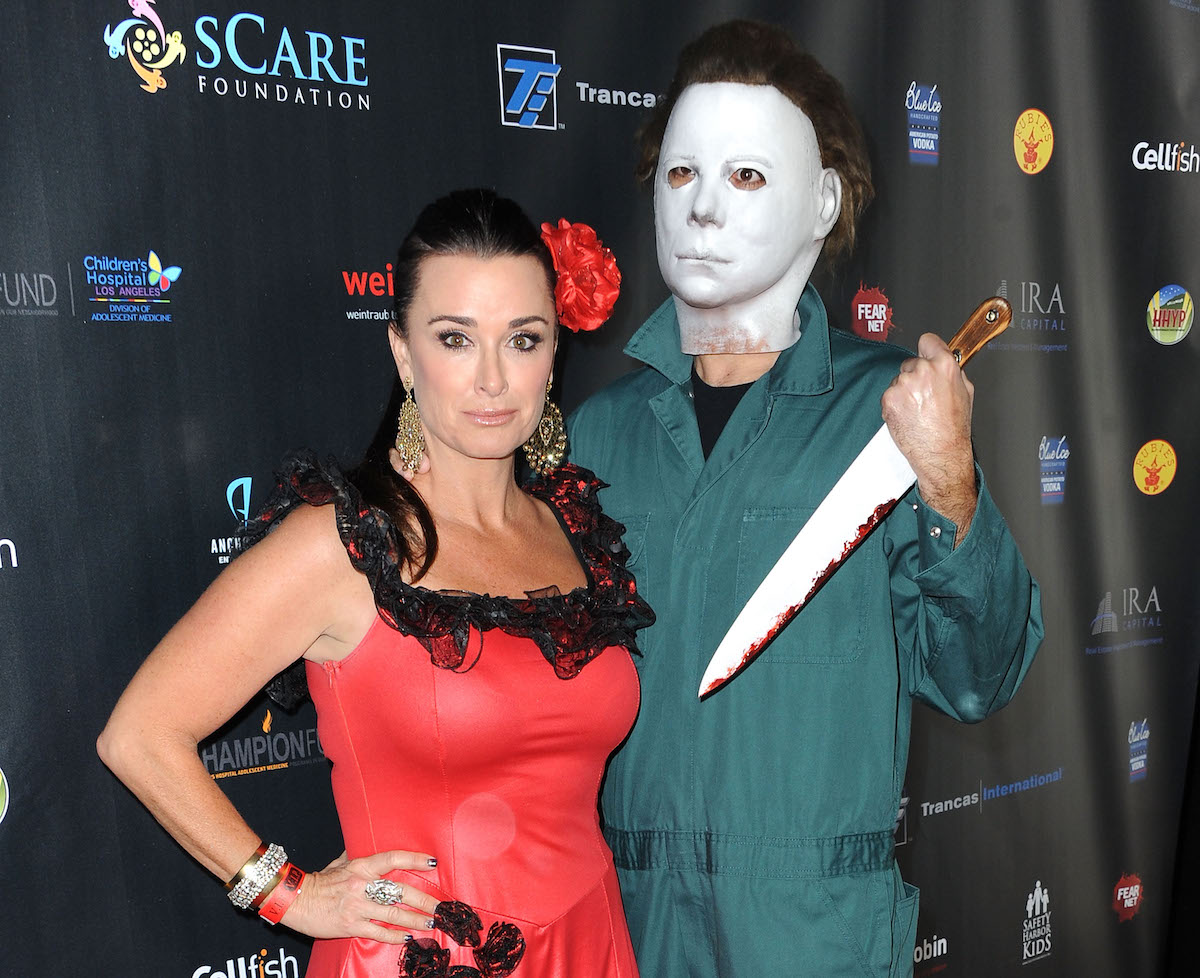 The reality star is no newcomer to the horror movie genre. She co-starred in Disney’s surreally creepy 1980 horror movie The Watcher in the Woods as a child. Moreover, she appeared as Lindsey Wallace, one of the children Laurie Strode babysits, in John Carpenter’s 1978 classic Halloween.

Now, the actor is reality TV royalty, starring in The Real Housewives of Beverly Hills.

”When I saw Kyle Richards and Nancy Stephens [who appear in the original Halloween, I realized the passage of time and how long we’ve all been a part of this story,” Curtis told The Hollywood Reporter in a September 2021 edition. “There was a moment where I ran into both of them early on. And it was very emotional because Kyle Richards was little Lindsey, a little girl I’m babysitting in [the movie].”

In a recent interview with ET, Kyle Richards revealed that she broke her nose while practice-fighting Michael Myers on set.

“I was working with a stunt coordinator to do a fight scene with Michael Myers and umm, yeah, let’s just say while I was rehearsing something flew back and hit me in the face and I knew immediately that something was wrong,” the actor told ET.

Furthermore, Richards didn’t feel she could say anything about the injury for fear that her stunt double could steal the role. As a result, she rode it out.

“Well, you know, you’re looking at someone standing there looking just like you, dressed like you, waiting for their time,” Richards said. “I was like, no, I wanted this myself so I sort of kept it together and then when I got back to L.A., I found out that it was indeed broken.”

A broken nose may or may not be a small price to pay for an iconic horror franchise role. In any case, Richards says her friendship with Jamie Lee Curtis endures to this day.

“We’ve kept our friendship over these years and we share not only the bond of Halloween, but we’re big supporters of Children’s Hospital Los Angeles, so we’ve gotten together over the years to raise money for Children’s Hospital,” Richards said. “She’s always been really loving and supportive towards me so when I showed up on set, of course, like always, she came right to my dressing room and gave me a big hug just like she did today and, you know, it’s just amazing after all these years to still have that bond that we always had.”