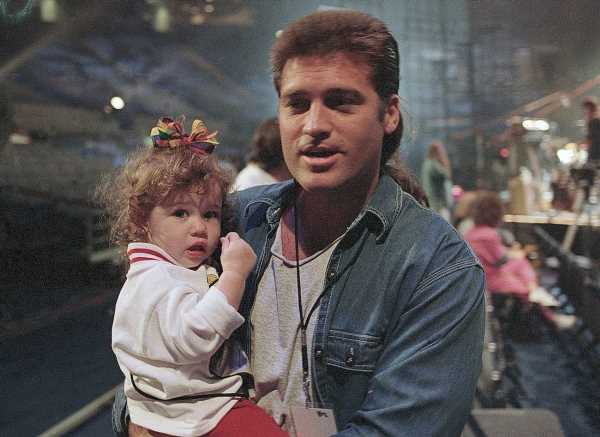 Billy Ray Cyrus rose to fame in the 1990s as a country singer. He was most famous for his hit single, “Achy Breaky Heart.”

In the 2000s, Billy Ray and his young daughter, Miley Cyrus, became stars on the Disney Channel show Hannah Montana. Many people have assumed that Miley got her role on the series because of her famous father. However, Miley once shared that the opposite happened.

Miley was born in 1992, around the same time that Billy Ray became a star. Her godmother is country music legend Dolly Parton.

As the child of a celebrity, Miley’s childhood was different than most other kids’. For example, she got to act at a young age, including with a small role in her dad’s show, Doc. She also appeared in Tim Burton’s 2003 film Big Fish. Miley also appeared on stage as a toddler when Billy Ray performed.

Miley was occasionally treated differently by the people around her. In her 2009 book Miles to Go, Miley revealed that she went to school in Nashville, Tennessee, and her peers would sometimes tease her for having a famous dad.

“Classmates would say, ‘Your dad’s a one-hit wonder. You’ll never amount to anything—just like him,’” Miley recalled. “I just ignored it. I thought of him as successful and happy with his life.”

When Miley was 11 years old, she auditioned for the role of the best friend on Disney’s Hannah Montana. However, she was later asked to audition for the lead role instead.

After Miley landed the role of Miley Stewart/Hannah Montana, the role of her on-screen father was still up in the air. Miley’s mother, Leticia “Tish” Cyrus, was the one who suggested that Billy Ray be cast.

“[The casting people] joked about my dad being a hunk. And my mom joked about how they should bring him out here to play my dad on the show,’” Miley said in Miles to Go. “And then (as my mom tells it) everyone was like, ‘Wait, seriously?’”

Miley and Billy Ray were both hesitant about it at first, especially because Miley feared people would think she got the part because of her father. However, Miley shared that her family eventually thought it would be a good idea because, after years of Billy Ray being on the road and filming in various locations, Hannah Montana could help everyone stay together.

Billy Ray went in to audition with Miley, and their father-daughter chemistry was evident from the get-go.

“We were joking around and laughing together,” Miley recalled. “My mom was out in the waiting room with the two other [actors who were auditioning]. She says you could hear me saying, ‘Dad, that isn’t the line!’ and everyone rolling with laughter.”

Disney offered Billy Ray the part as Miley/Hannah’s father, and the series went on to become a huge hit.

Miley’s former classmates predicted she would not become successful in show business, but this was far from the truth. In fact, Miley went on to establish herself as a well-known actor and singer.

Miley’s net worth is even higher than Billy Ray’s. According to Celebrity Net Worth, Miley is worth $160 million, while Billy Ray is worth $20 million.