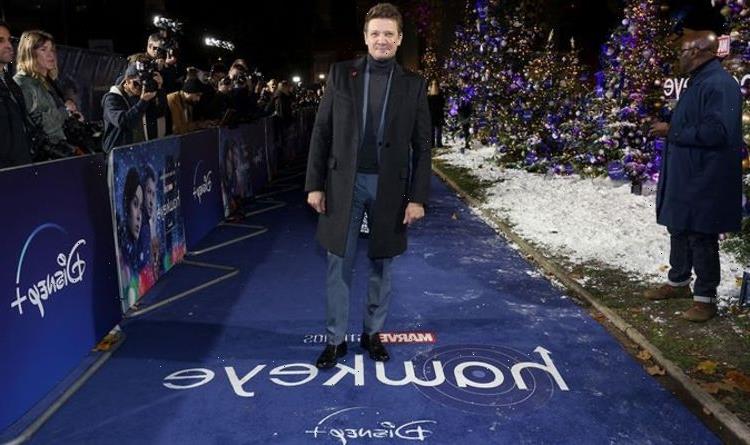 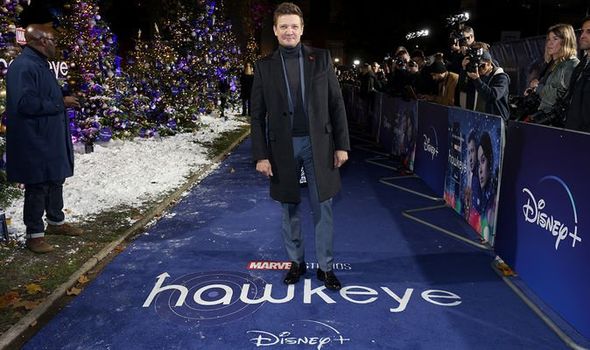 The six-part holiday-themed series will see Hawkeye forced to face his dark past as Ronin, battling old enemies as he trains a new archer to take his place — all while trying to get home in time to celebrate Christmas with his family.

However, in a major change for the character, Renner’s Clint Barton can be seen wearing hearing aids in the Hawkeye trailer, teasing the introduction of a major arc from the Marvel comic books.

So while the forthcoming series will mark the first time fans will see the Marvel Cinematic Universe’s version of Hawkeye deal with hearing loss, Clint Barton actually has a long and complicated history of deafness in the Marvel comics.

The character’s hearing impairment has been on-again, off-again since the 1980s, with Hawkeye first losing his hearing in 1983 after his eardrums were blasted with a sonic arrowhead.

Though he later recovers from this injury, Hawkeye’s deafness was reintroduced in Matt Fraction’s celebrated 22-issue series, which sees Hawkeye lose his hearing during a battle with supervillain assassin The Clown, who stabbed the Avenger in both ears with his own arrows.

The character has been presented as deaf in several comic book runs since, though the circumstances of his hearing loss have been written and rewritten several times over the years, with a 2014 comic even alluding to childhood abuse as the cause.

But despite the conflicting origin stories, deafness has always been an integral trait for the character of Hawkeye, meaning the introduction of Clint’s hearing loss into the MCU comes as a welcome development for both the character and the overall representation of disability in the MCU.

It isn’t currently known how Clint will lose his hearing in the upcoming Disney+ series, but Marvel fans have already been developing theories.

Some believe that it could be Florence Pugh’s Yelena Belova — who we last saw being sent on a revenge mission to kill Hawkeye by the mysterious Valentina Allegra de Fontaine in Black Widow’s post-credits scene — that causes the Avenger to go deaf.

However, considering that Fra Fee has been cast as Kazimierz ‘Kazi’ Kazimierczak/The Clown, another likely theory is that the series will follow in the footsteps of the Fraction comic book series.

After all, Clint Barton’s deafness isn’t the only storyline inspired by this particular comic book run, with the relationship between Clint and Hailee Steinfeld’s Kate Bishop also originating in the pages of Fraction’s popular series.

Like in the comics, the former Avenger will take the young archer under his wing, training her in order to pass on the Hawkeye mantle.

Kate Bishop isn’t the only new addition to the MCU’s roster of superheroes, however, as the upcoming Marvel series will also introduce Alaqua Cox as Maya Lopez/Echo, a deaf Native American superhero rumoured to be in line for her own spin-off Disney+ series.

With Clint’s struggle to come to terms with his hearing loss expected to be a central part of the story, Echo — who has the ability to perfectly mirror another person’s movements — will no doubt have a big role in helping him find his feet again.