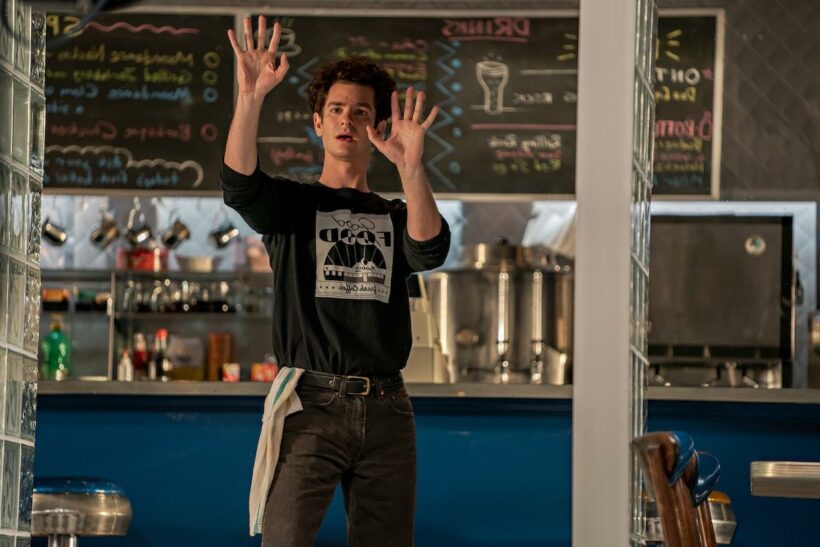 If you don’t know Jonathan Larson’s name, you likely know is music. Even people who don’t like Broadway musicals recognize “Seasons of Love” — you know, the “525,600 minutes” song. Yeah, that was him. The late composer is the main character of Tick, Tick…BOOM!, a musical within a musical about making musicals. Confusing, we know. But you’ll follow along just fine. Given that the Lin-Manuel Miranda-directed movie musical is about Larson making musicals, this might lead some to wonder, is Tick, Tick…BOOM! about RENT? Larson’s original musical is not. And the film adaptation isn’t either. But the changes Miranda made to the movie basically sets it up as a prequel to RENT without it actually mentioning the Pulitzer Prize-winning musical. 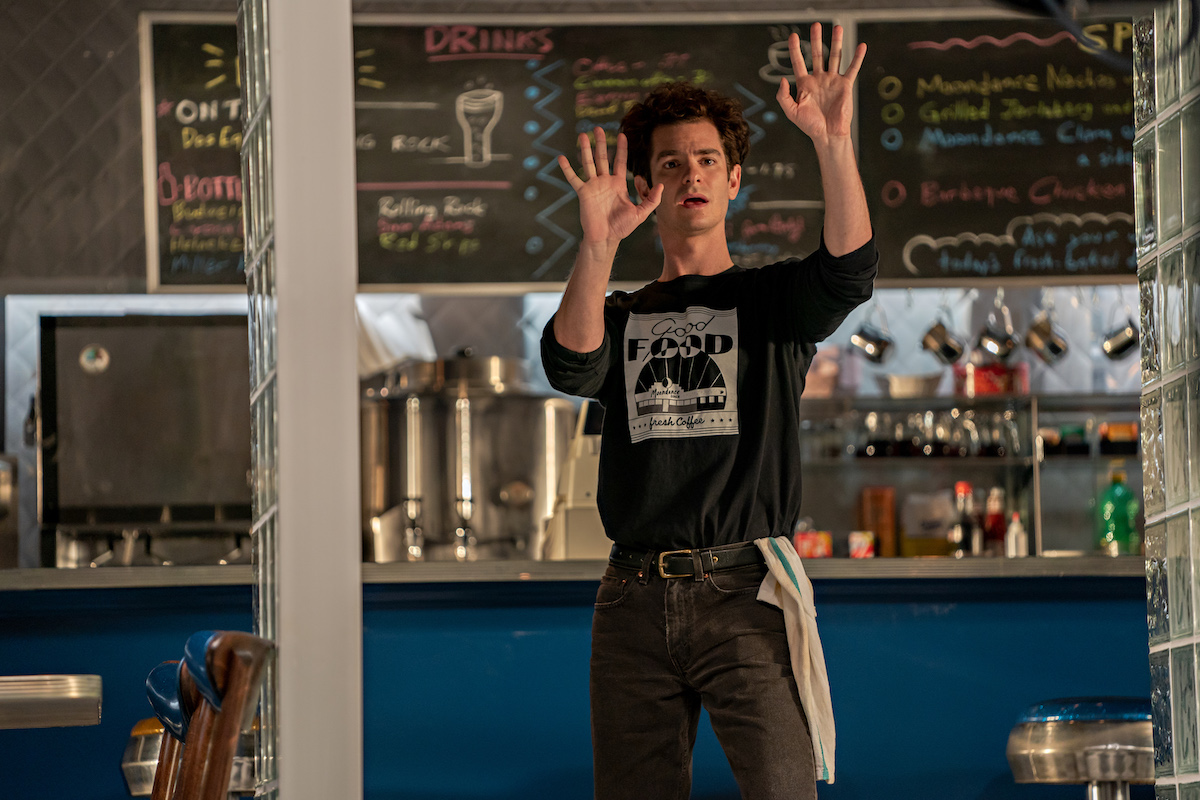 Tick, Tick…BOOM! the musical is a semi-autobiographical work Larson wrote before he created RENT. It started as a musical monologue after his 1984-inspired musical, Superbia, didn’t take off. After Larson’s death in 1996 (the opening night of RENT‘s first Broadway preview), it was developed into a musical with three characters and has been staged off-Broadway a handful of times. Miranda played Jon in a 2014 production of it in New York City.

Larson first started performing Tick, Tick…BOOM! in 1990 when he was 30 years old. It was originally called Boho Days. And it’s all about committing to your dreams even when it seems foolish. In both real life and in the story, Jon (Andrew Garfield) watches as his girlfriend, Susan (Alexandra Shipp), and his best friend, Michael (Robin de Jesus) leave their artistic dreams behind for more financially stable futures. But Jon can’t make that same change, no matter how badly his loved ones want him to. All of this takes place during the AIDS epidemic in NYC.

Throughout the story, Jon is making a musical and trying to get it off the ground. But it’s not RENT. And it’s not even Tick, Tick…BOOM! It’s Superbia. Miranda and screenwriter Steven Levenson (Dear Evan Hansen) made tweaks to the story so Tick, Tick…BOOM!‘s music serves as a soundtrack to Jon and the rest of the character’s lives. There are songs in the movie that were actually created for Superbia.

‘Tick, Tick…BOOM!’ is a love letter to musical theater

Miranda and Levenson creatively tied RENT into the story without actually documenting the creation of RENT. As a result, Tick, Tick…BOOM! ends up being a precursor to the rock musical, as it shows Larson’s experiences and friendships that led to him having the idea for his first and only Broadway musical.

You’re essentially watching the evolution of an artist and seeing how with each failure and each success, their work changes. With each new experience — both personally and professionally — they gain new perspective that can unlock their next idea. Eventually, all of Jon’s experiences in Tick, Tick…BOOM! will lead to the creation of RENT.

Miranda did, however, throw some RENT Easter eggs into Tick, Tick…BOOM! that aren’t in the original show. For example, Joshua Henry’s character, Roger, is named after one of RENT‘s main characters. And a lot of the Tick, Tick…BOOM! cast have been in productions of RENT before.

De Jesus was in RENT on Broadway. Vanessa Hudgens has played Mimi and Maureen in various productions, including RENT Live. And MJ Rodriguez rose to fame in the theater community for playing Angel as a trans woman rather than a drag queen like the character is usually portrayed.

Tick, Tick…BOOM! may not be about RENT, but Miranda’s biopic (also his feature film directorial debut) shows everything in Larson’s life that happened before his most famous work was created. Without the events of Tick, Tick…BOOM!, there would be no “Seasons of Love.”

Tick, Tick…BOOM! is in select theaters starting Nov. 12. It will debut on Netflix Nov. 19.