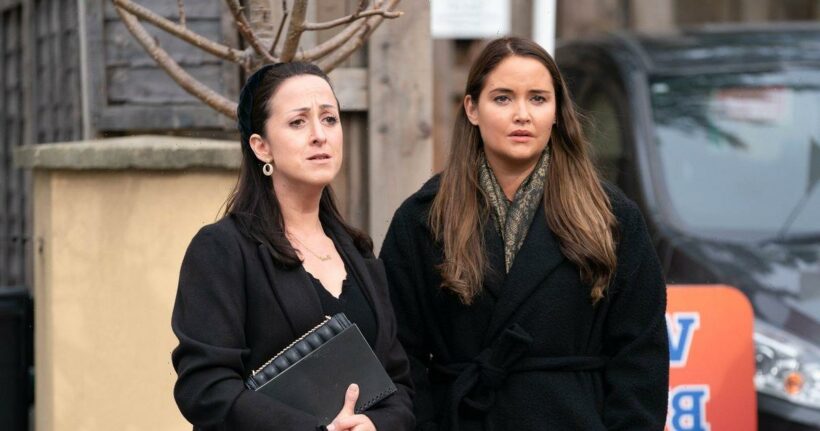 Jacqueline Jossa has hinted she will return to EastEnders again after reappearing on the BBC soap earlier this month.

The 30-year-old actress portrays Lauren Branning in the serial drama and years after leaving the show, returned for Dot Branning's onscreen funeral following the real-life death of June Brown earlier this year.

Impressing fans with her short-lived funeral stint, Jacqueline has now teased her possible return in the future.

READ MORE: Jacqueline Jossa feared EastEnders return would be a 'flop' as she 'forgot how to act'

Posting to her Instagram stories on Thursday (December 29), the mum-of-two was fielding questions from fans when her EastEnders return cropped up.

One fan wrote: "Will you will ever go back to EastEnders full time?"

Being coy, Jacqueline replied: "I loved being back, and was so happy with you in my DMs, maybe one day."

The cryptic response follows Jacqueline impressing fans with her soap return earlier this month, having initially worried her Walford revival would be a "flop".

Speaking earlier in the year, she said: "I was quite scared and it had only been 4 and a half years.

"But it felt like 33 years. I thought, I can’t remember how to act and then you walk in and see people like Natalie and Scott Maslen and you’re like, ‘Oh there’s Uncle Jack'.

"I was really nervous, I felt I was rusty and I didn’t know if people would still see me as Lauren again.

"But as soon as we were in amongst it and you’re talking about people you know, it's Dot and you’re catching up with old friends – you get straight back into it."

Jacqueline previously revealed she was asked to return to the soap over WhatsApp and moved her diary around in order to free up the two weeks of filming required for the funeral scenes.

Lauren Branning wasn't the only old face to put in a surprise appearance during Dot's funeral.

In a well-kept soap secret, Keanu Taylor (Danny Walters) also made an explosive return to Walford – and he's set to stick around.

EastEnders airs on BBC One.