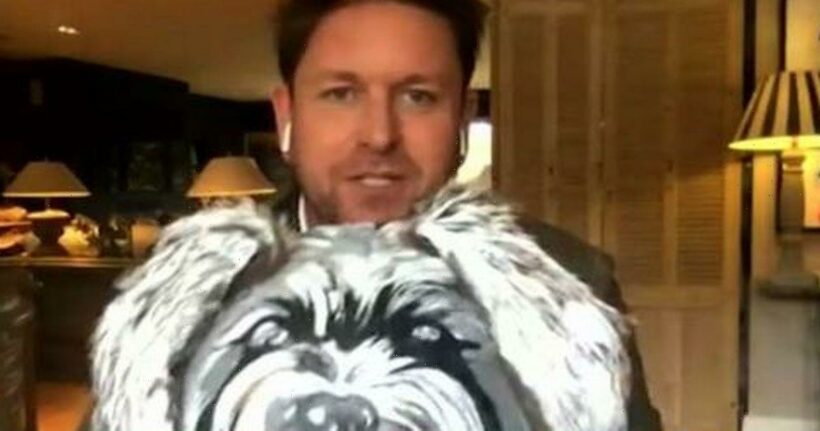 Calling all dog lovers! Sign up to TeamDogs for your weekly dose of dog news, pictures and stories.

TV chef James Martin has shown off a painted pumpkin that looks just like his dog on ITV's Loose Women.

The Saturday Morning show host, who appeared on the popular afternoon ITV programme to discuss his new book, became side-tracked by his homely Halloween decor.

James was talking with Ruth Langsford and the Loose Women panel about his home when an eagle-eyed viewer asked if he could "straighten that lamp shade behind him".

But as he got up to fix the jaunty decor, he was distracted by his painted jack-o-lantern that looks just like his Lhasa Apso, Ralph.

He told the panel: “Can I show you this, look! A local artist sent me this seeing as it’s Halloween. This is a pumpkin of my dog. This is Ralph, he’s outside at the moment – that’s Ralph as a pumpkin.” The remarkable creation looks just like the pup, complete with fluffy ears and a bandana adorned with his name.

Dog-loving James has two dogs – a working cocker spaniel named Cooper, and Lhasa, Ralph, who he admits he bought on a whim after day-drinking.

Hepreviously told the Star: “Ralph that I bought p***ed from the pet store at Harrods one lunchtime!

“It was a boozy working lunch, the day before Saturday Kitchen, and I had been celebrating.

“I ended up on the top floor of Harrods thinking I was going to buy a new pair of shoes, but I ended up in the wrong department and saw these two little dogs.

“One of them was really looking at me and I thought, ‘He’s pretty cool’, so I bought him.”

And Cooper also hit the headlines earlier this year when he accidentally travelled 100miles in the presenter’s car.

Posting on social media, James wrote: "The face of a dog that's just realised he's 100 miles from home because he jumped in the car when he shouldn't have."