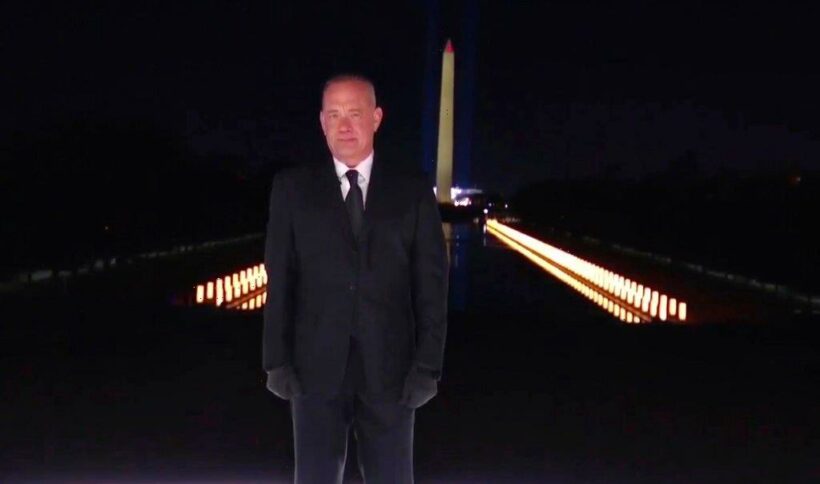 In a year when Covid-19 forced so many in-person political gatherings to become virtual, made-for-TV moments, it’s perhaps not much of a surprise that the Emmys would recognize one of them: A special to commemorate Joe Biden’s inauguration.

Celebrating America: An Inauguration Night Special, which was hosted by Tom Hanks, was nominated in the variety special category, along with the Grammys, The Oscars, the Super Bowl Halftime and Stephen Colbert’s election night special on Showtime. The inaugural special also garnered a nomination for music direction; Colbert’s special also was nominated in the writing category.

The special was produced by Ricky Kirshner and Glenn Weiss’s White Cherry Entertainment. They also produced and directed the Democratic National Convention, although that week-long event, almost all virtual, didn’t get a nomination for nonfiction special or series even though organizers were talking up the possibility. The cancellation of most of the Milwaukee convention’s in-person gathering forced planners to reimagine the event into celebrity-hosted nights with speeches, musical performances and a memorable, across-the-country roll call.

A win for an inauguration special would not be unprecedented: We Are One: The Obama Inaugural Celebration at the Lincoln Memorial, held two days before Obama’s inauguration, won a Daytime Emmy for writing in 2009 and was nominated in four other categories.

As expected, Saturday Night Live, with cold opens typically focused on Biden and Donald Trump, was nominated for variety sketch series, along with HBO’s A Black Lady Sketch Show. Nominated again for SNL were Alec Baldwin and Maya Rudolph, who each have already won Emmys, respectively, for playing Donald Trump and Kamala Harris.