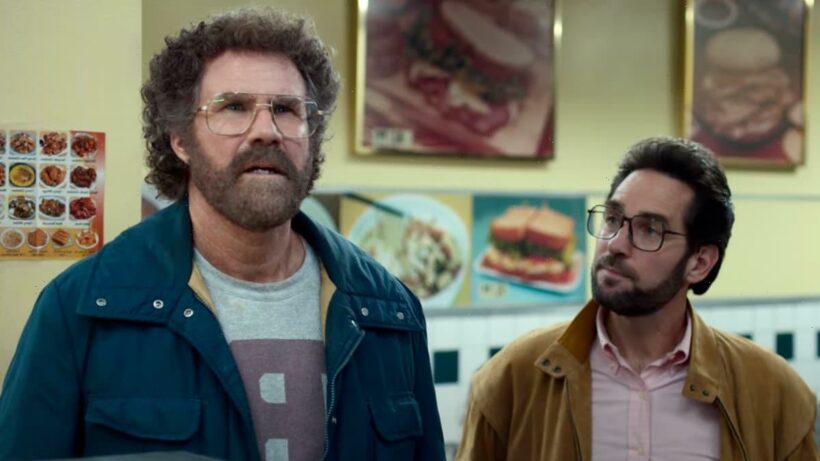 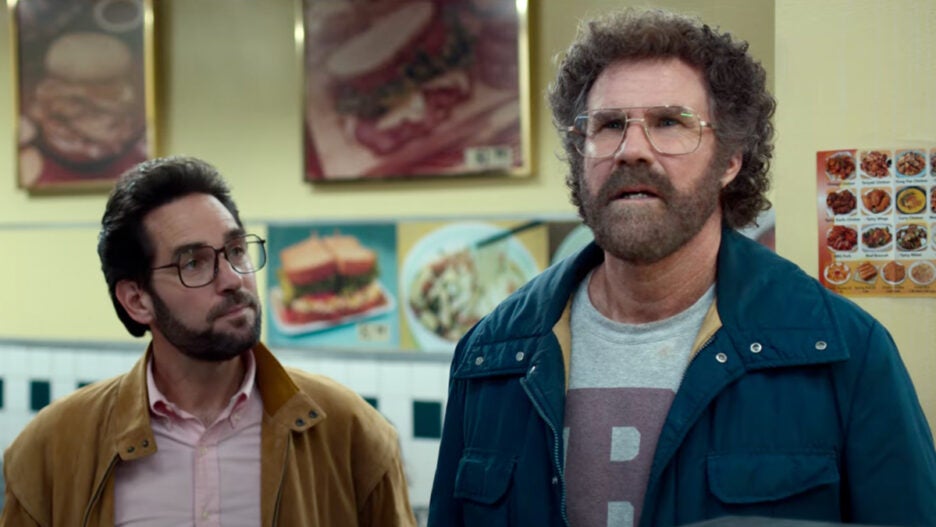 Anyone who experiences financial anxiety might find themselves wincing throughout “The Shrink Next Door,” which dramatizes the toxic relationship between an opportunistic psychologist (the ever-charming Paul Rudd) and his super wealthy patient (a far-too-trusting Will Ferrell). Because it is, essentially, an eight-episode look at a nice person getting exploited for every dime he’s worth over the course of a few decades. And yet you can’t peel your eyes away.

Much of that is due to the chemistry between the two leads that creates a simultaneously bromantic and terribly deceiving energy on screen. In the Apple TV + series inspired by the true-crime podcast of the same name, Rudd delivers a pitch-perfect performance as the titular psychiatrist named Isaac Herschkopf, who enters Martin’s life at his most vulnerable — grappling with low self-esteem, loneliness and grief.

Martin is the perfect prey for Isaac, who suavely becomes the “Ike” to Martin’s “Marty,” inviting himself more deeply into his patient’s affairs on a buddy-buddy basis once he realizes just how much money Marty has following a visit to his sweeping Southampton estate. Until that pivotal moment in their relationship, Martin is merely the feeble, unsuspecting victim and theatrical fabric business owner who couldn’t stand up to anyone — much less for himself. And Dr. Herschkopf is the man who helps him realize his value by initially offering him pithy statements of validation with a warm smile.

Showrunner and writer Georgia Pritchett presents a simmering portrait of a man and a doctor who initially appears to be a savior — someone to whom he owes not only his newfound sense of self but also his life’s earnings. “The Shrink Next Door” is a dramatization of actual events, but it also examines what can be seen as an exploitative industry that sells an idea of self-worth in exchange for exorbitant fees.

But Martin and Dr. Herschkopf’s relationship goes far beyond the accepted profiteering as the latter takes advantage of his patient’s gratitude by convincing him to cosign his bank account, his business, his property; giving himself enough control to spend his client’s fees in lavish fashion. If you want to know just how much Dr. Herschkopf drained Martin, including presenting himself as the fore-owner of all his assets and convincing him to disinherit his own sister (portrayed by the wonderfully caustic Kathryn Hahn), you can get the full, gasp-inducing details here.

Because of the inevitable, felonious downfall of their relationship, “The Shrink Next Door” can be, and often is, quite cynical. Who wants to think that the person who is supposed to be helping patients is also bleeding them dry for their own benefit? It’s a perverted thought. But Ferrell’s Martin offers an authentically frustrating look at a man who has the acumen to run his own business and yet zero scruples when it comes to discerning a genuine friend from a man who is blatantly stealing from him — to the point where it is obvious to everyone but Martin. You’ll often want to scream at your TV when Martin hands Dr. Herschkopf yet another key to his financial castle. 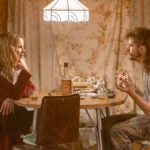 Even the doctor’s wife, Bonnie (Casey Wilson, in a somewhat thankless role), flashes her husband skeptical or disapproving looks when she hears him utter yet another lie in his own favor. But Rudd, who along with Ferrell is a producer on the series, portrays a man who himself is tiny inside yet has the chutzpah to softly bulldoze himself into Martin’s life in desperate fashion. The series doesn’t delve too deeply into Dr. Herschkopf’s more modest upbringing, except to imply in an intimate conversation with his wife that he wants much more than life gave him.

This begs the question: Shouldn’t a doctor of his caliber be already making a cushy amount of money on his own so that he doesn’t have to resort to exploiting his clients? “The Shrink Next Door” doesn’t really address that question, which leads us to think that Isaac is just someone who can never be satisfied. In the end, it’s not about the money for Dr. Herschkopf or Martin. It’s about how that exchange of money makes them feel.

A compelling and crushing story, “The Shrink Next Door” is a riveting look at flawed humanity, companionship, greed and the cost of self-worth.

“The Shrink Next Door” will premiere on Apple TV+ on November 12.