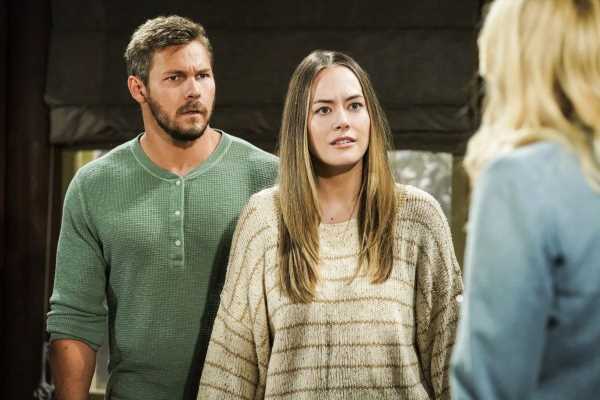 The Bold and the Beautiful is certainly going to be filled with drama in the coming days. Sheila Carter — evil incarnate — is plotting her next round of revenge against the Logans and the Forresters. But, the men in the family are rising up to protect their loved ones against her machinations. And they’re ready for war. It’s quite a beautiful thing to see, really — and there’s a chance that Deacon will get caught in the crossfire.

[Spoiler alert: Potential spoilers for upcoming episodes of The Bold and the Beautiful are ahead.]

On ‘The Bold and the Beautiful,’ Sheila Carter has years of revenge to make up for

Sheila Carter has been wanting revenge against the Logans and the Forresters for years. And now that she’s back on The Bold and the Beautiful, she’s ready for war. She also seems to have a partner-in-crime in Deacon, and she’s not afraid to throw him under the bus to get what she wants.

At the end of the day, all she wants is her baby boy, Finn, and her grandchild Hayes in her life. And she doesn’t care who gets hurt in the process.

Ridge is certainly not going to take the threats to his family lying down — especially not from Deacon. And according to the latest The Bold and the Beautiful spoilers from SoapHub, he’s going to go for Deacon’s throat at the first chance he gets.

But that will still leave things in limbo for Hope. After all, whether anyone likes it or not, Deacon is still Hope’s father — and she’s still hoping for a relationship with him.

“Will Brooke’s woes and whining change Hope’s mind about having her father in her life?” reported the outlet. “Maybe, but maybe not. Brooke has enemies everywhere you look so her disliking someone isn’t special. Plus, the Logans themselves have done some pretty ruthless things too and everyone allows them chance after chance, so why not Deacon?”

Meanwhile, Quinn & Katie have a showdown over Carter

Meanwhile, other The Bold and the Beautiful spoilers suggest that Quinn and Katie are going to have a showdown over Carter. Even though Quinn is desperate to save her marriage to Eric, she’s not going to be happy when she finds out that Katie and Carter have been getting “closer.”

And according to Celeb Dirty Laundry, selfish Quinn will want to have her cake and eat it too. “Back with Quinn, she’ll find a bitter enemy in Katie,” reports the outlet. “Perhaps Katie will be in Quinn’s way if she goes crawling back to Carter as her backup option. Then again, maybe Quinn will still be with Eric and just clash with Katie over all the typical Logan sister interference. Regardless, Quinn and Katie will do some clashing in the coming episodes.”

Look for the Nov. 8-12 episodes of the show to feature the Quinn and Katie showdown. It sounds like the upcoming episodes of The Bold and the Beautiful will certainly be barn-burners.