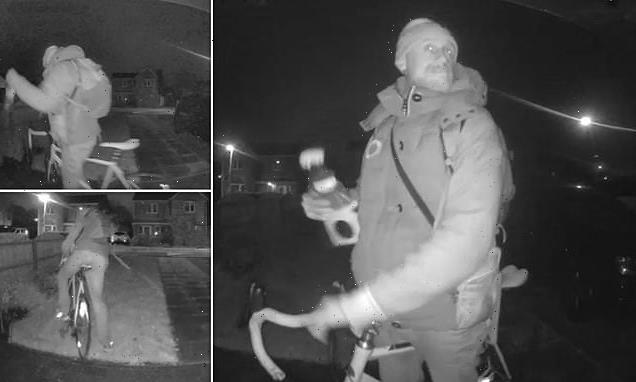 This is the moment a cyclist was caught on camera riding off with the Christmas ornaments from outside a Hertfordshire home.

A doorbell security camera recorded the man, wearing a hat and thick coat, cycling right up to the front door of the home in Waltham Cross at around 10.40pm on December 12.

The suspected thief, who appears to be humming, bends down and picks up two ornaments – a snowman and a Father Christmas with LED lights on it. 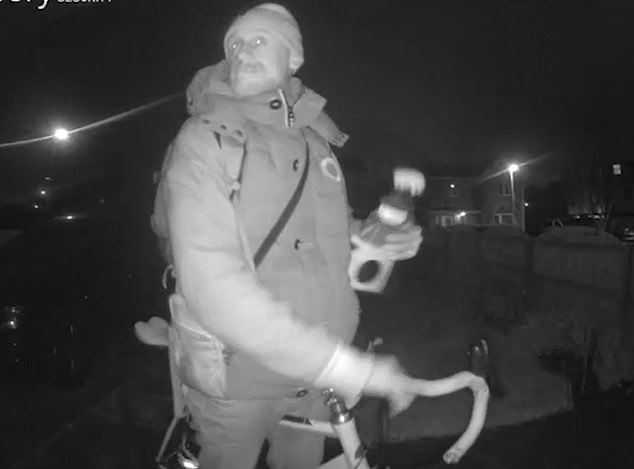 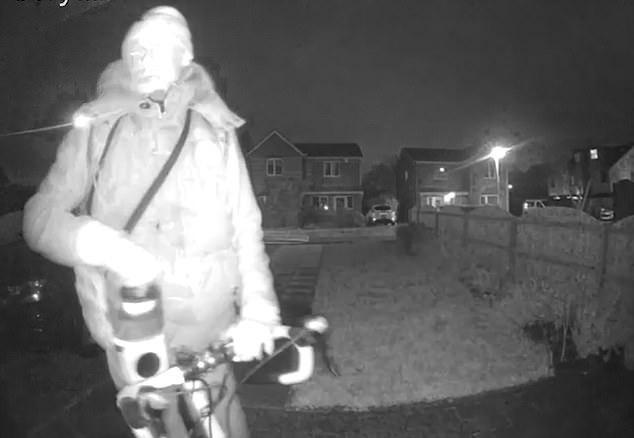 The ornaments were on the outside of a house in Waltham Cross, Hertfordshire and were taken at around 10.40pm on December 12

He then turns and pedals off down the middle of the lawn, still holding the ornaments.

The shocked homeowner, who did not want to be named, shared the security footage and claimed the incident was the latest to hit neighbours in the area.

A Hertfordshire Police spokesman told MailOnline the force was appealing for witnesses and information following a theft in Waltham Cross.

He said: ‘At around 10.40pm on Sunday December 12, Christmas decorations were taken from outside a residential property on Cameron Drive, Waltham Cross.’

The suspect was described as a white man, aged around 45, with a scruffy beard.

He also had with him a white pushbike with black wheels. 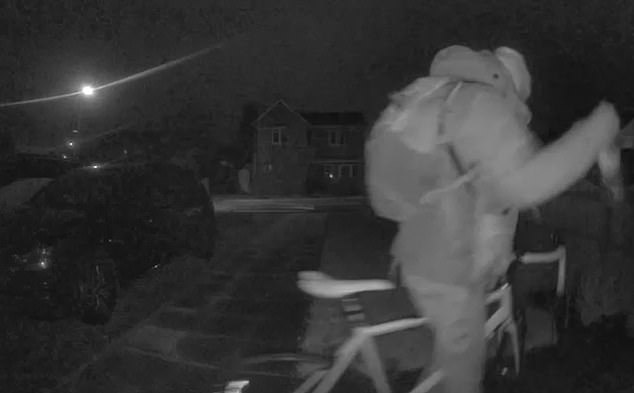 Police have appealed for witnesses and described the man as white, aged around 45, with a scruffy beard 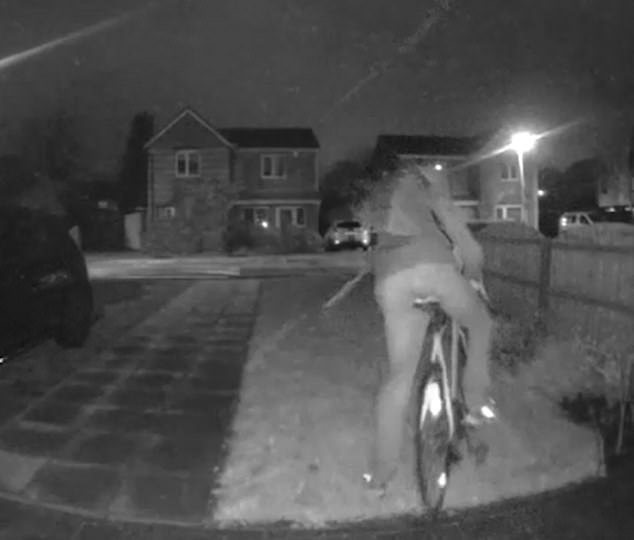 The man was riding a white pushbike with black wheels, which he rode while humming to himself

The incident comes after police advised people buying Christmas presents online to use click and collect services after a spate of parcels being stolen when left outside homes.

One billion parcels were set to be delivered to homes in the two weeks up to December 25, with couriers often leaving them on doorsteps.

In Camden, North London, police are advising residents: ‘Choose click and collect so you can collect your parcel from a secure location.’

Anyone with information about this crime in Waltham Cross can report it online at herts.police.uk/report quoting 41/98241/21, speak to an operator in our Force Communications Room via our online web chat at herts.police.uk/contact or call the non-emergency number 101.

Alternatively, people can stay 100 per cent anonymous by contacting the independent charity Crimestoppers on 0800 555 111 or via their untraceable online form at crimestoppers-uk.org