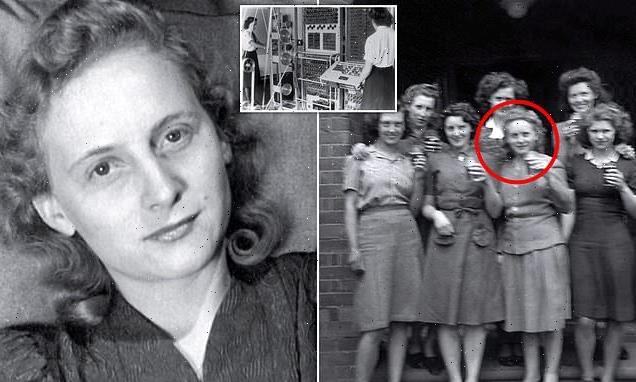 The inspiring story of a Bletchley Park codebreaker who put aside personal anguish to help defeat the Germans has been revealed 76 years later.

She showed incredible mental fortitude as her soldier fiancé Stanley was missing in action following the fall of Singapore in 1942.

It later emerged that he had been captured and was in a hellish Japanese PoW camp. 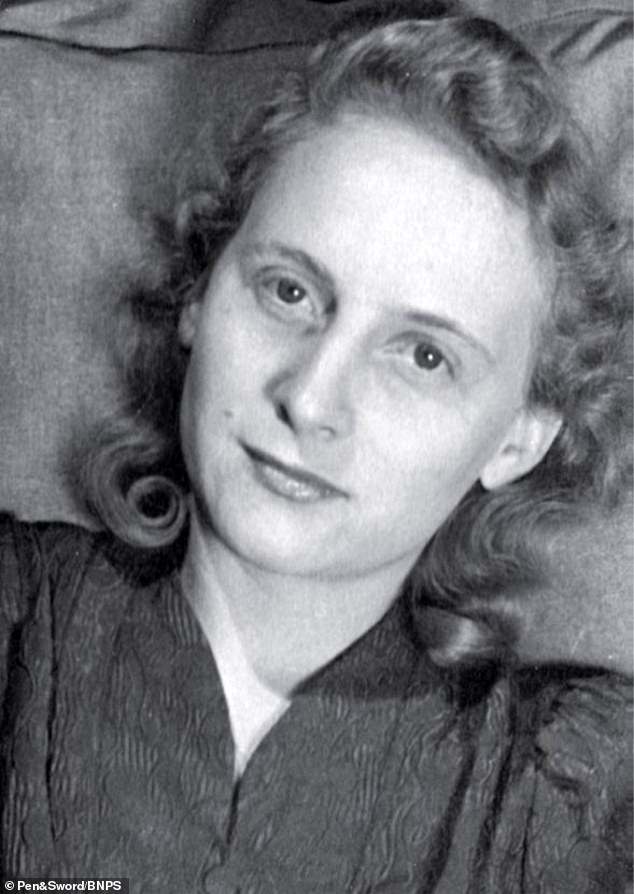 Daisy, who was recruited as a codebreaker due to her maths skills, kept her work a secret for years afterward, even keeping it from her own family.

It was only after her death that her own daughters, Jan Slimming and Jill Robertson, found out about it while going through their mother’s possessions.

They discovered letters, documents and newspaper cuttings about her time at Bletchley Park, the home of the government’s World War Two codebreakers in Buckinghamshire.

Mrs Slimming was so taken by it that she has now published it in a new book called ‘Codebreaker Girls: A Secret Life at Bletchley Park.’

She subsequently visited Bletchley Park to get the full story about her mother’s time there. 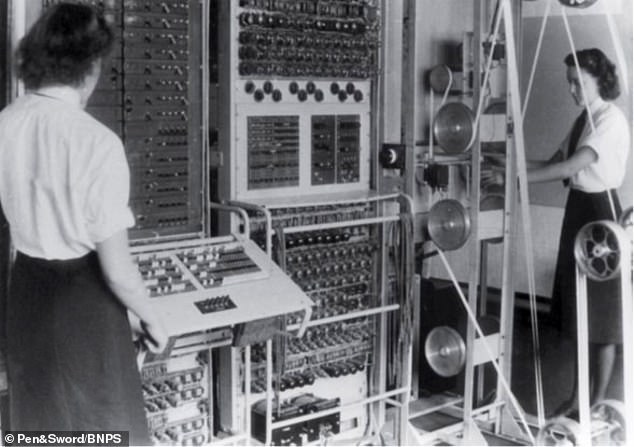 Daisy kept her work a secret for years after the Second World War, even keeping it from her own family

She learnt that Daisy and the other codebreakers at Bletchley Park pored over 18,000 intercepted transcripts in the lead up to D-Day, providing vital intelligence for the invasion.

Mrs Slimming, a former publisher who lives in Atlanta, Georgia, US, said: ‘My mother said she was a filing clerk there and that is all we knew for many years.

‘In fact, she did a six week secret course where she learned the rudiments of codebreaking including German Enigma intercepts.

‘However, after training she was hand-picked for a different section, specifically in regard to intercepted Japanese communications from various diplomatic embassy departments including Germany and Italy.

‘The enciphered messages were in the JN group of ciphers – Japanese Naval codes. She had been allocated to the Naval Section of Hut 7 to handle Japanese intercepts.

‘After my mother died in 2006, my twin sister and I found hidden newspaper cuttings from the war, documentation from the Foreign Office and a handful of photographs of anonymous people. 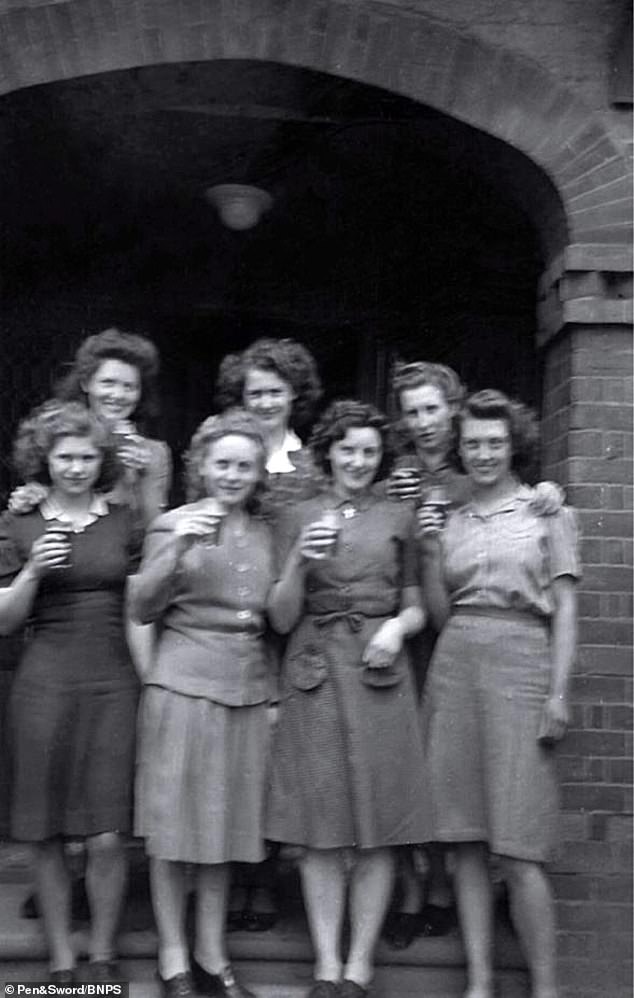 It was only after her death that her own daughters, Jan Slimming and Jill Robertson, found letters, documents and newspaper cuttings about her time at Bletchley Park, the home of the government’s World War Two codebreakers in Buckinghamshire. Pictured: Daisy, second from left in front row

‘From there, I wanted to discover her Second World War story.’

Daisy and Stanley met when they were 16-years-old while working together at the Co-operative in Tooting, South London.

After the war, she worked for the Foreign Office in the diplomatic section of the India office in Westminster.

In later life, she did office jobs until her retirement in the 1990s.

The book has a foreword by Sir Dermot Turing, the nephew of Alan Turing who cracked the Enigma code.

He writes: ‘What makes Codebreaker Girls special is the personal element.

‘The principal character is Daisy Lawrence, and it is through her eyes that we see Bletchley Park.

‘This approach, richly coloured with Daisy’s own archival material, allows us to see directly what the experience of a young woman at Bletchley was like.’

It has been estimated that the work done by the Government Code and Cypher School (GC&CS) at Bletchley Park, Bucks, shortened the war in Europe by more than two years and saved over 14 million lives.

Codebreaker Girls: A Secret Life at Bletchley Park, by Jan Slimming, is published by Pen & Sword and costs £25.