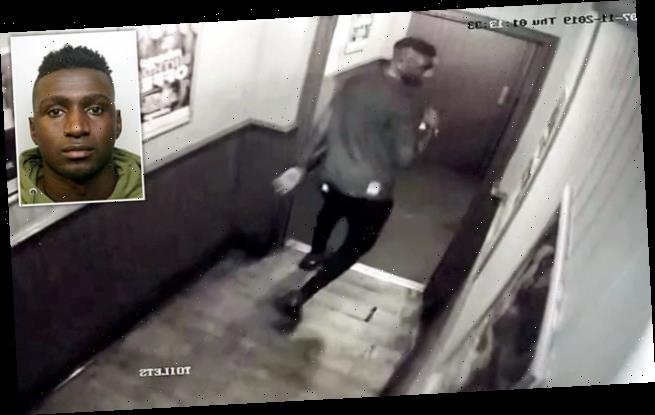 Moment international footballer, 22, is caught on CCTV on his way to nightclub toilet to attack woman as he is jailed for 10 years for rape 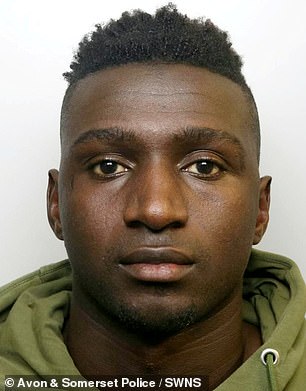 Alhaji Sesay (pictured), 22, raped a woman in a London club after forcing his way into the cubicle

This is the moment a former international footballer is caught on CCTV on his way to a nightclub toilet to attack a woman.

Alhaji Sesay, 22, trapped the victim in the cubicle in Bristol and tried to rape her.

Sesay, who also played for Bristol City, was arrested after she managed to escape his grip and raise the alarm.

The former Sierra Leone national team player also raped a woman in a London club after forcing his way into her cubicle.

The former goalkeeper has been given a ten-year jail term.

Sesay was convicted of one count of rape and two of attempted rape against two separate women.

He was also found not guilty of a second charge of rape following a trial at Bristol Crown Court.

Sesay joined the Bristol City academy in 2017. He went on to make multiple loan moves to non-league clubs before eventually being released.

At the sentencing hearing today, His Honour Judge Cullum told Sesay he was a rapist and a sexual predator.

He said he used ‘a veneer of charm and flirtatious behaviour’ to put himself close to women who he perceived to be targets.

He said his actions had significantly affected both victims, with one suffering severe psychological harm.

CCTV footage shows the failed footballer walking into the toilets in the nightclub – before turning around to look at the camera.

Having been arrested, interviewed and released, he went on to attempt to rape, and orally rape, a woman at the Hart Lounge in Southgate, London last year.

The first complainant said it felt like she left her own body when Sesay abused her, and she had suffered significant trauma as a result. 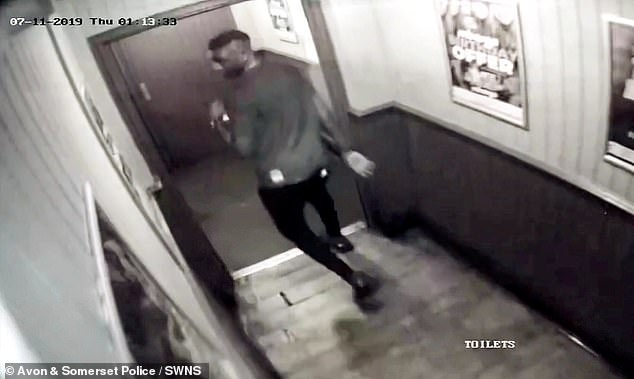 In an impact statement she said: ‘I am left in a constant state of hyper-vigilance. I see the worst of people when I used to see the best.’

The second complainant said she suffered an anxiety disorder before Sesay abused her which was made worse by his attack.

She said: ‘I look at men differently now. I wonder if they are dodgy and what they are capable of? Anything can happen, anywhere.’

Sophie Shotton, defending, said: ‘This is a young man whose career is now in tatters. Football has been all he’s known from a very young age.

‘It was the only career choice because of his limited education.

Sesay, of Plumstead, London, was charged in connection with the offences in Bristol and London in August 2020. 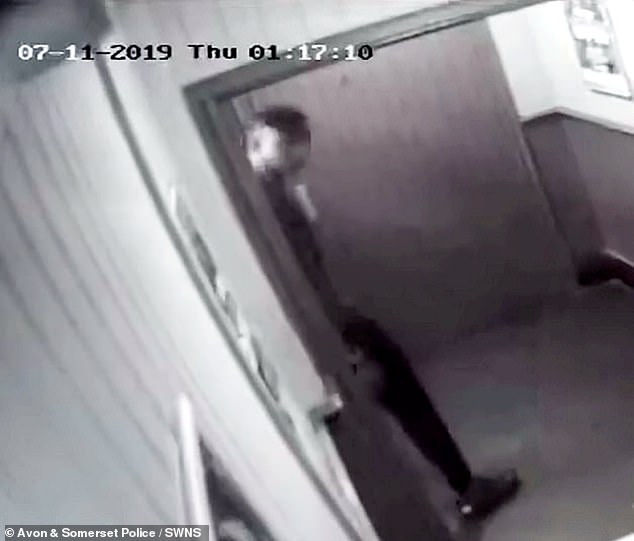 DC Toby Hayes of Bristol CID, said: ‘Alhaji Sesay is a predatory sexual offender who would brazenly target women at random at nightclubs.

‘CCTV footage gathered during the police investigations showed him going into female toilets, where he carried out his attacks.

‘The victims have all been through a harrowing experience.

‘I want to pay tribute to their incredible bravery and courage for reporting the offences committed against them, for giving crucial evidence in court and for supporting our investigation, which has resulted in this dangerous sexual offender being brought to justice.

‘I would also like to thank the many members of the public who assisted with our enquiries and helped to ensure justice was served.

‘Due to the nature of Sesay’s offending, it’s possible there are other victims out there who haven’t yet reported incidents to us.

‘I would encourage them to place their faith and confidence in the police and come forward.

‘You will be listened to, believed and respected. If you don’t want to speak to the police, please speak to someone.’