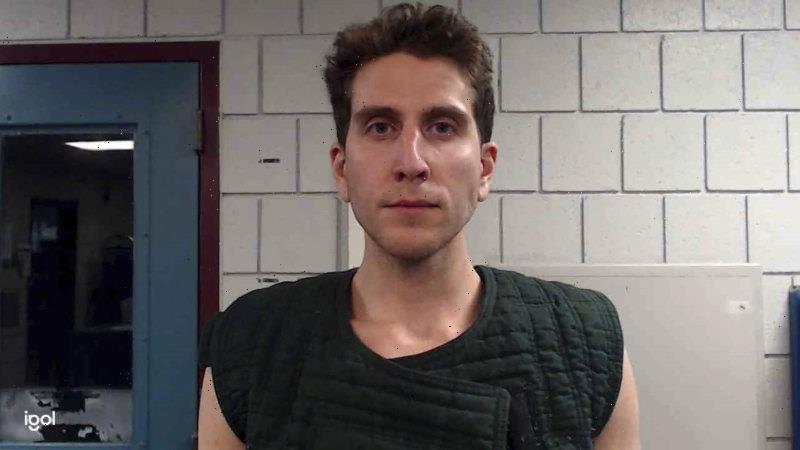 Moscow, Idaho: Eleven days before four University of Idaho students were found stabbed to death in a home near campus, Bryan Kohberger was sitting in a criminology class at a university just a short drive away, leaning into a conversation about forensics, DNA and other evidence prosecutors use to win convictions.

The 28-year-old graduate student seemed highly engaged in the discussion, a former classmate recalled. It was a subject that had long captivated Kohberger, who had researched the mindsets of criminals, studied under a professor in Pennsylvania known for her expertise on serial killers and, for the past few months, pursued a doctorate in criminology at Washington State University, about 15 km from the Idaho crime scene. 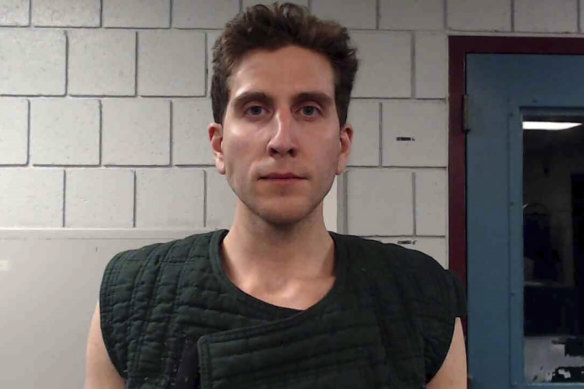 Suspect Bryan Kohberger, 28, was arrested on Friday in relation to the murders of four University of Idaho students.Credit:AP

Less than two months later, Kohberger would be the subject of a criminal inquiry, arrested on Friday and charged with killing the four Idaho students.

Investigators have yet to outline a motive, but the details emerging about Kohberger’s deep interest in the psychology of criminals has opened another layer of mystery in a case that has traumatised the college town of Moscow, Idaho, and spawned countless theories from people nationwide who followed the case in captivated horror.

Kohberger was taken into custody Friday at his parents’ home in Effort, Pennsylvania, and was ordered to appear at an extradition hearing on Tuesday (US time). Jason LaBar, the public defender in Monroe County who is representing him, said Kohberger had been following the case with interest but was “shocked” that he had been named as the suspect.

“He looks forward to being exonerated, is what he said,” LaBar said. Kohberger, he added, would not oppose the effort to return him to Idaho to face the charges.

Kohberger grew up in suburban eastern Pennsylvania, attending Pleasant Valley High School in Brodheadsville, where former classmates and peers recalled that he had an analytical mind but could sometimes be cruel. Thomas Arntz befriended him while riding the school bus around 2009. He said their friendship ended in 2014 after lighthearted “ribbing and jabbing” between friends turned “mean-spirited,” with Kohberger sometimes putting him in a headlock hold.

“Over time it just got so, so bad that I just shut down when I was around him,” said Arntz, now 26. “I eventually just had to cut ties with him.”

After earning a psychology degree at a community college in 2018, Kohberger began studying psychology and later criminal justice at DeSales University, a Catholic institution in Centre Valley, Pennsylvania. There, he studied in part under Katherine Ramsland, a well-known forensic psychologist whose books include The Mind of a Murderer and How to Catch a Killer. She declined to comment.

Kohberger was a quiet person who liked to work alone but came across as smart, said Brittany Slaven, who took several classes with him at DeSales. She recalled an instance in one of Ramsland’s classes when students were asked to look at photos of a crime scene and figure out what happened; she said Kohberger was quick to come up with ideas. 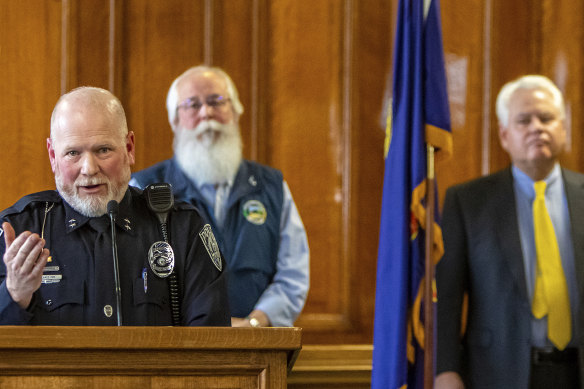 He seemed to show a particular interest in crime scenes and serial killers, Slaven said.

“At the time it seemed as if he was just a curious student, so if his questions felt odd we didn’t think much of it because it fit our curriculum,” she said.

In a post on Reddit from about seven months ago, a user who identified himself as Bryan Kohberger sought people who had spent time in prison to take a survey about crimes they had committed. The survey listed Kohberger as a student investigator working with two professors at DeSales, and it asked respondents to describe their “thoughts, emotions and actions from the beginning to end of the crime commission process”.

DeSales University said Kohberger had received a bachelor’s degree there in 2020 and earned a master’s degree in June 2022. A spokesperson for the university said the principal investigator on the crime survey — Michelle A. Bolger, who is listed on the university website as an associate professor — and her colleagues would not be granting interviews about their experiences working with Kohberger. The assistant professor listed as the co-principal investigator, Jeffrey E. Clutter, did not respond to numerous messages. 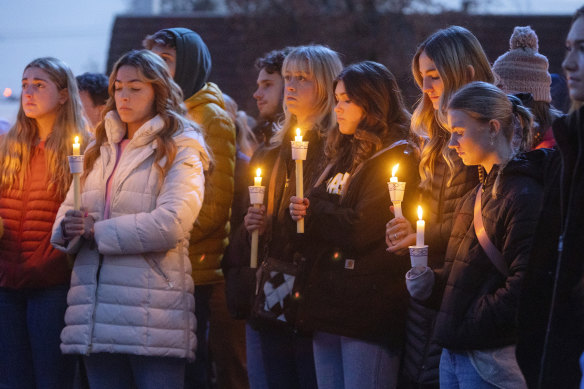 Boise State University students, along with people who knew the four University of Idaho students who were found killed. stand in a vigil.Credit:AP

Kohberger then moved across the country to Pullman, Washington, where he began the fall semester in August in the graduate criminology program at Washington State University, across the state border from the University of Idaho.

On the morning of November 13, after a Saturday night of college town parties and a University of Idaho football game, four students were found stabbed to death in the rental home in Moscow where three of them lived.

Madison Mogen, 21; Kaylee Goncalves, 21; Xana Kernodle, 20; and Ethan Chapin, 20, were attacked in at least two separate bedrooms, probably as they slept, according to investigators. The three women lived in the home; Chapin was spending the night with his girlfriend, Kernodle.

The brutal nature of the deaths — the coroner said all four were fatally stabbed with a long knife — and the lack of any suspect cast a sense of fear across Moscow, a city that had not recorded a homicide in seven years. Students began walking in groups. Residents checked the locks on their doors and windows.

A DoorDash driver said she noticed more people were ordering meals delivered to avoid going out after dark. And police started getting a wave of calls from nervous residents: a suspicious-looking man, a driver revving an engine, sounds in the night.

At Washington State, Kohberger was continuing with his studies, his classmates said. B.K. Norton, who was in the same graduate program as Kohberger, said his quiet, intense demeanor had made some classmates uncomfortable.

Another student said Kohberger seemed interested in the thought processes of criminals while they committed crimes and less interested in the social factors that might lead people to do them, saying he believed some people were just bound to break the law. The fellow student, who spoke on the condition of anonymity because he feared that speaking publicly could jeopardise his safety, described Kohberger as the black sheep of the class, often taking contrarian viewpoints and sometimes getting into arguments with his peers, particularly women.

The classmate recalled one instance in which Kohberger began explaining a somewhat elementary criminology concept to a fellow doctoral student, who then accused him of “mansplaining.” A heated back-and-forth ensued and the doctoral student eventually stormed out of the classroom, leaving behind her laptop and coffee, he said.

Kohberger was also a teaching assistant in a criminal law class during the fall semester, said Hayden Stinchfield, 20, one of the students in that class. He said Kohberger often cast his eyes down while speaking in front of the students, not looking at the class directly, giving the impression that he was uncomfortable.

Students said Kohberger had a strong grasp of the subject matter but was a harsh grader, giving extensive critiques of assignments and then defending the lower marks when students complained as a group. Later in the fall, roughly around the time of the killings, Stinchfield said Kohberger seemed to start giving better grades, and the assignments that once had his feedback scrawled across every paragraph started coming back clean.

“At a certain point he stopped leaving all the notes,” he said.

After the killings, a growing team of investigators from local and state agencies, as well as more than 60 agents from the FBI, had descended on Moscow. Forensics investigators combed the house for physical evidence, including DNA, and searched fruitlessly for a murder weapon.

Officials pleaded for tips and videos, while thousands of internet sleuths around the country suggested an array of people as the likely culprit: a former boyfriend of one of the victims, a man who was with two of the victims when they got a meal from a food truck, two roommates who were in the home when the killings occurred but apparently slept through them.

None of the online discussion groups identified Kohberger. It is not clear how or if he knew the victims.

Police had tried to tamp down rumours by ruling out several people as suspects, although the accusations were flying so fast that it at times appeared they could not do so quickly enough. They withheld nearly all details of the investigation, raising frustrations and prompting some people, including some relatives of the victims, to wonder publicly whether police were up to the task.

Still, investigators worked through the holidays to process thousands of tips and extensive evidence collected from in and around the scene. They later requested the public’s help in finding a white Hyundai Elantra that had apparently been seen near the scene of the crime. Moscow’s police chief, James Fry, said on Friday that investigators had located a car matching that description in connection with the arrest in Pennsylvania, but had still not found a murder weapon.

Fry looked exhausted and almost tearful as he announced the arrest at a news conference, and made it clear that investigators were still looking for tips to help resolve the questions they could not yet answer for certain: Did the suspect act alone? What was the motive?

“Be assured the work is not done,” Fry said. “This is just getting started.”

The arrest left the members of one Facebook discussion group, with more than 166,000 members, stunned.

But it has also brought a sense of relief to many in Idaho.

Goncalves’ family members said through a lawyer that they were “relieved that the authorities have someone in custody, and now the journey through the criminal justice system begins”.

Katie Blomgren, who is studying psychology at the University of Idaho, had known Goncalves and Mogen since she was 11. She spent her 12th birthday with the two girls in a hotel, and she thinks of them every time she looks down at her shins, where she has two scars from trying to jump from a bathtub onto a bed that night. She said she has struggled to feel closure, even after the arrest of Kohberger.

“There’s relief, in feeling like maybe it’s not so scary to live here anymore,” said Blomgren, 21. But while an arrest in the case has brought a sense of relief for many of her fellow students, she said she has struggled to find any peace. “For me, it doesn’t erase what happened.”