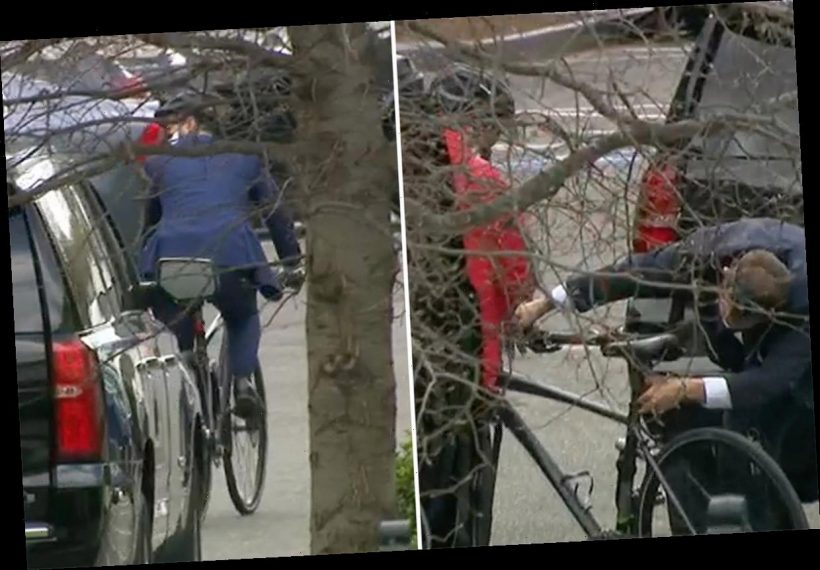 PETE Buttigieg is being mocked after a video emerged appearing to show him staging a "phony" PR stunt by pretending to have ridden his bike to a cabinet meeting on Thursday.

The footage showed the Transportation Secretary's security detail taking his bike from the back of an SUV and then following him in the car to the meeting. 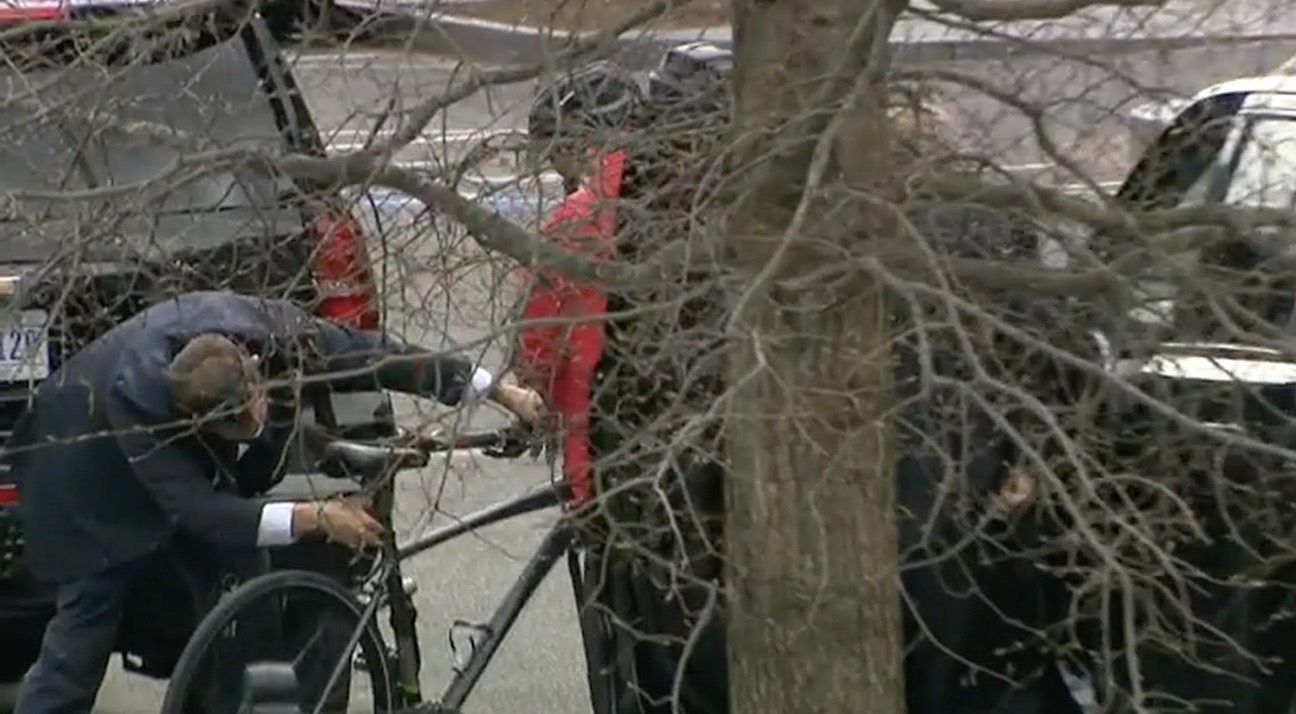 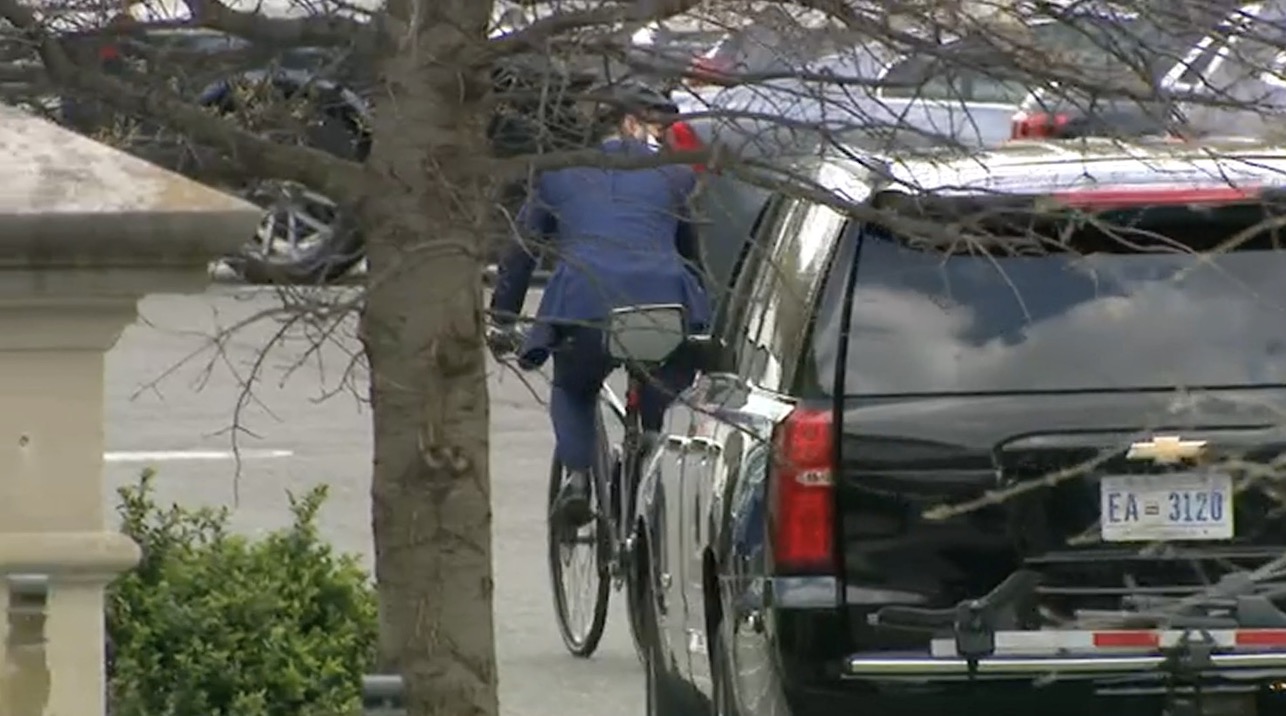 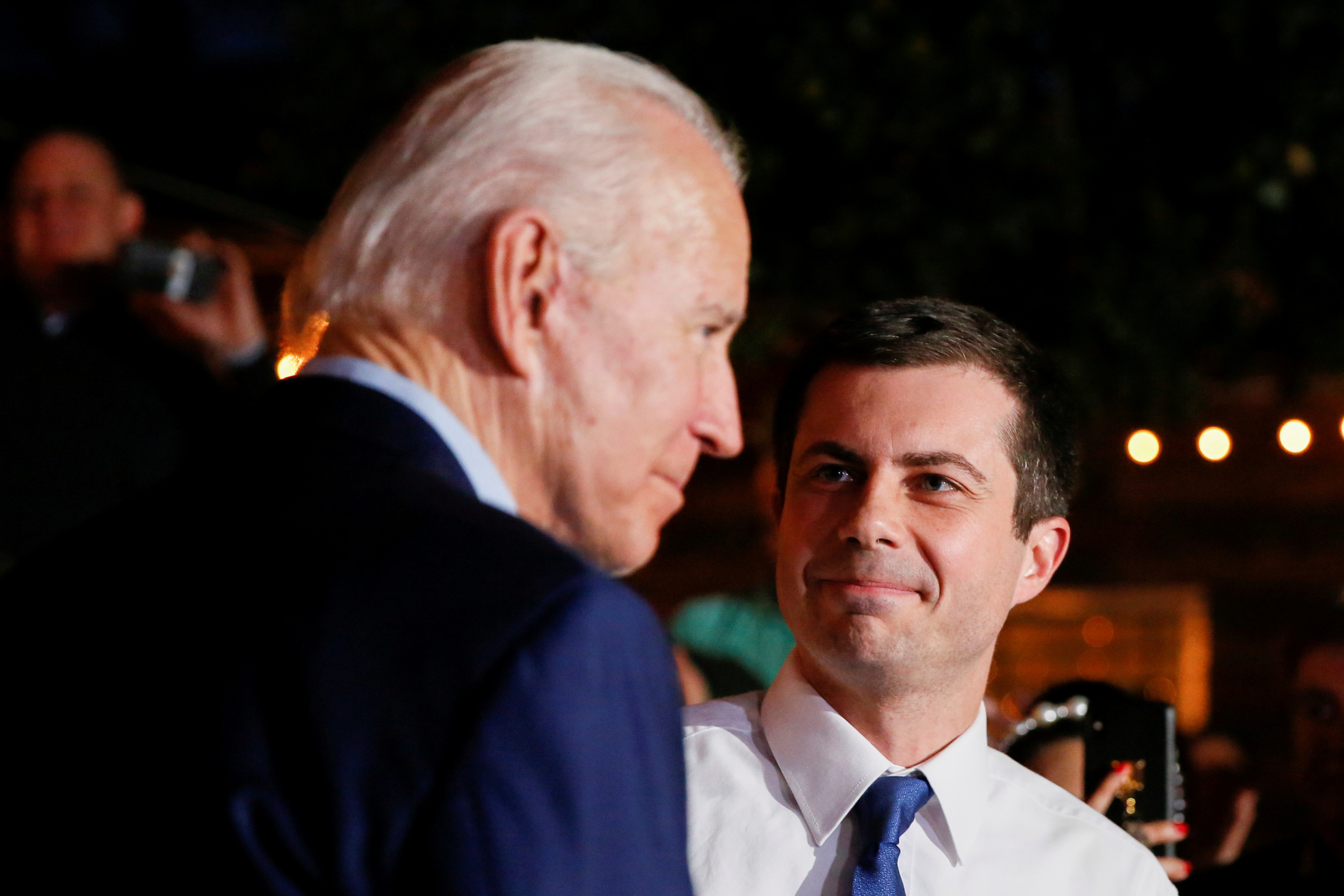 The video, first posted by WFMZ-TV, shows Buttigieg's staff setting up the bike for him before he pedals off.

Another video posted to social media by SCOTUS Blog staffer Katie Barlow shows the 39-year-old as he biked out of the White House complex.

The former South Bend, Indiana, Mayor was called out by conservatives on social media as they accused him of attempting to create a photo op to prove he is "green."

“Caught in the act,” said right wing author and filmmaker Dinesh D’Souza wrote in a tweet on Friday. 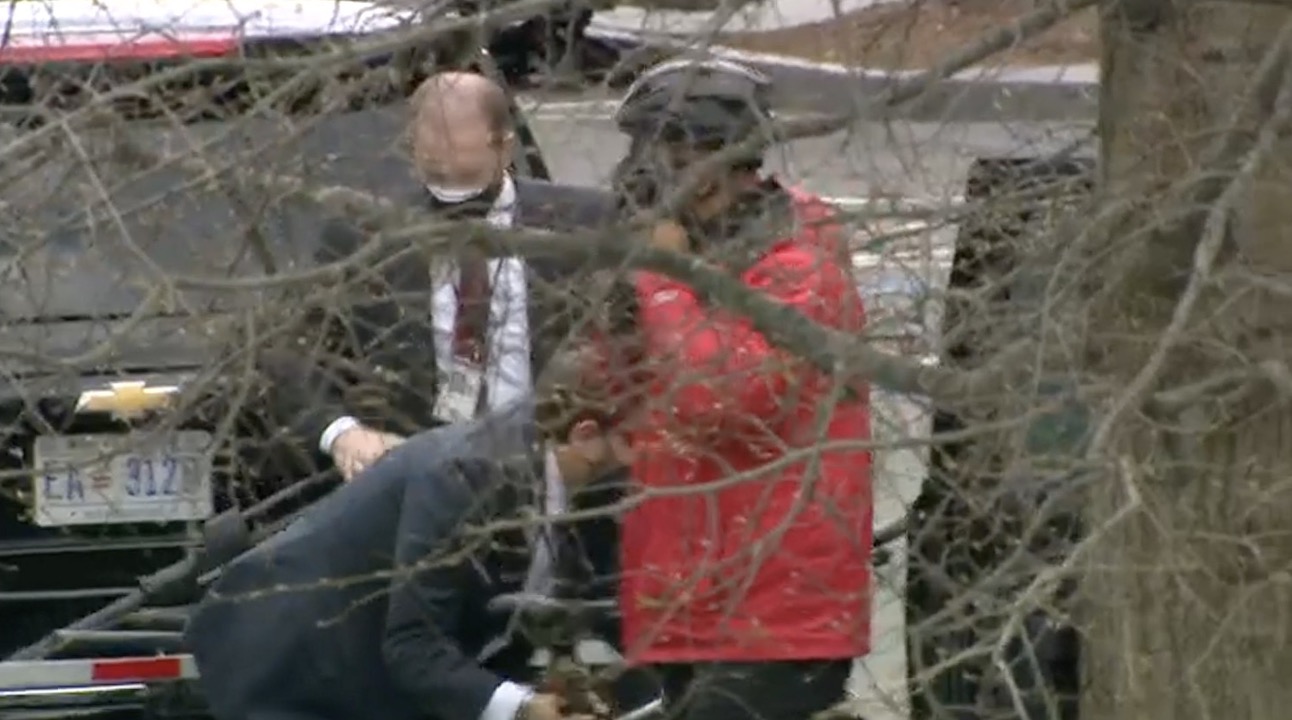 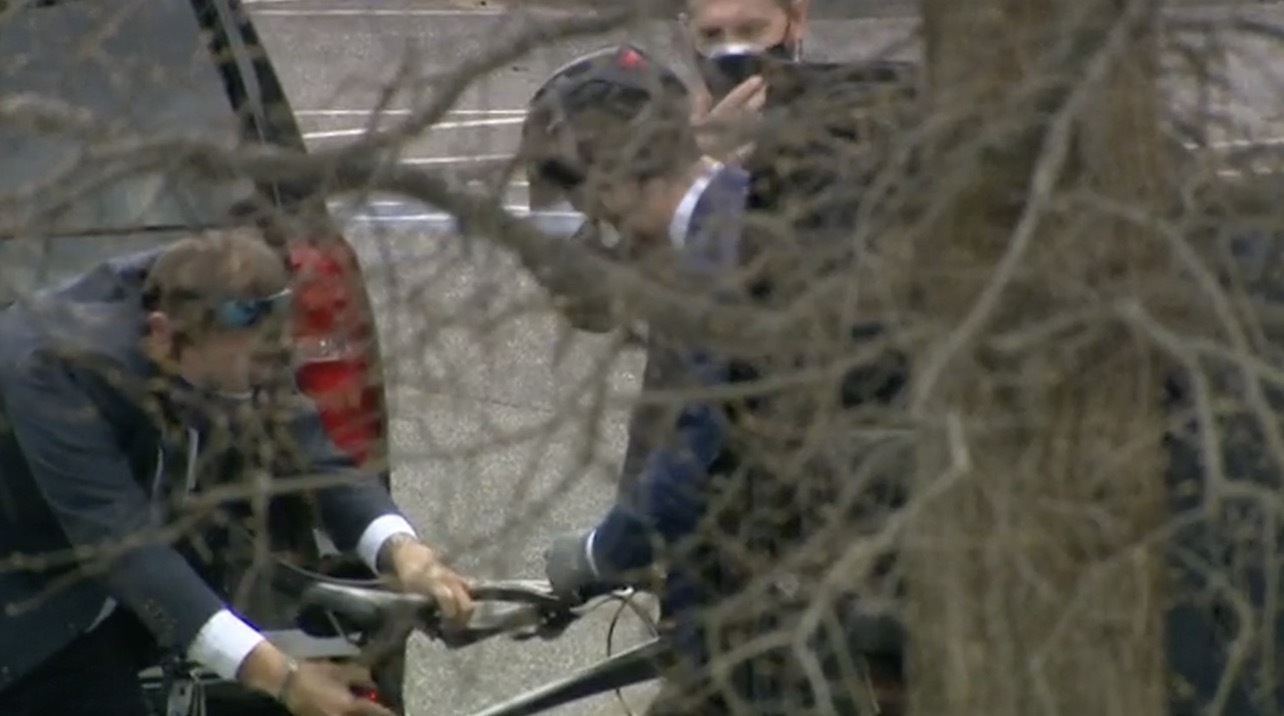 “Pete Buttigieg has a history of gimmicky stunts, just for show, like doing a desk job on a military base for a few weeks, then trying to pose as a combat veteran," claimed radio host Mark Simone.

The Department of Transportation hit back at claims that the bike ride had been staged.

The video was first posted by CNN's DJ Judd who made no reference to Buttigieg staging a photo op.

"Transportation Secretary Pete Buttigieg biked to the White House for today's Cabinet Meeting, it would appear," he captioned the video, suggesting that the SUV held the bike while Buttigieg was at the meeting 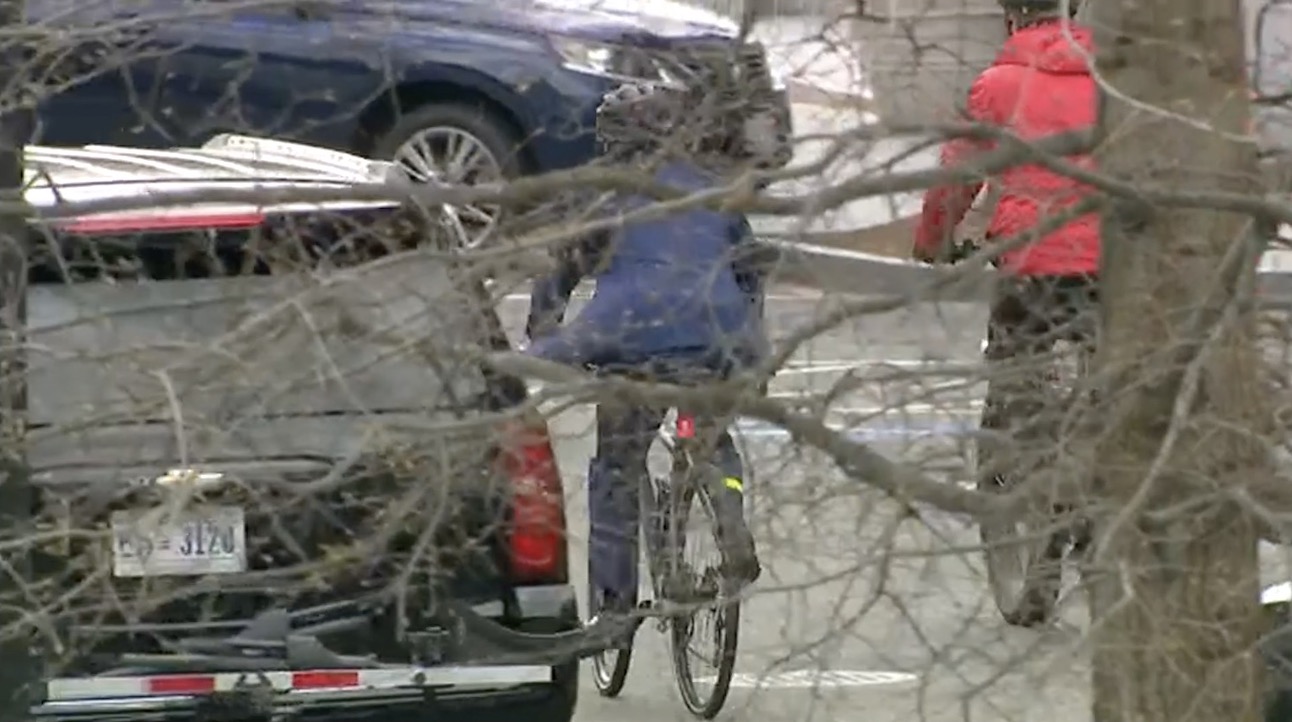 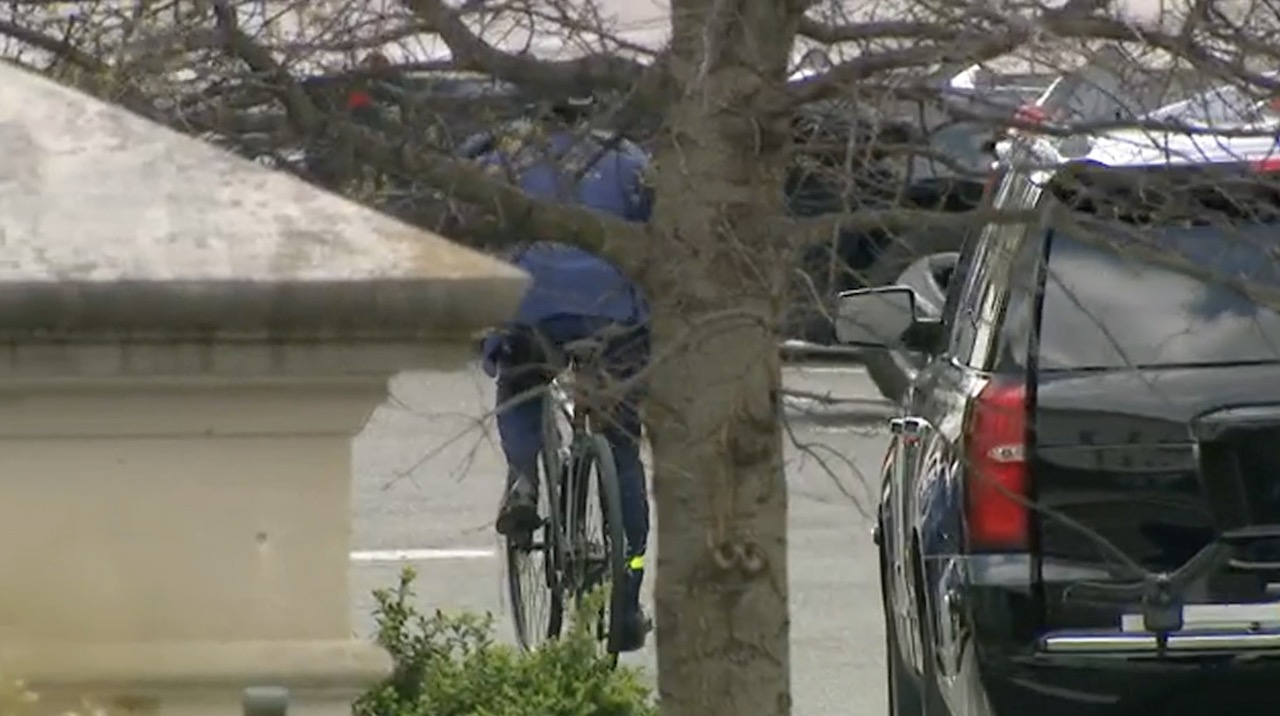 The Transportation Secretary had been traveling to Biden's first Cabinet meeting at the White House at the time.

The six-mile round trip would have taken him about 40 minutes to complete.

Buttigieg has previously been described as a "bike enthusiast" after an interview with the League of American Bicyclists last month.

"I come from an auto-making part of the country, and we're proud of it," said Buttigieg.

"But we can definitely be more of a bicycling country." 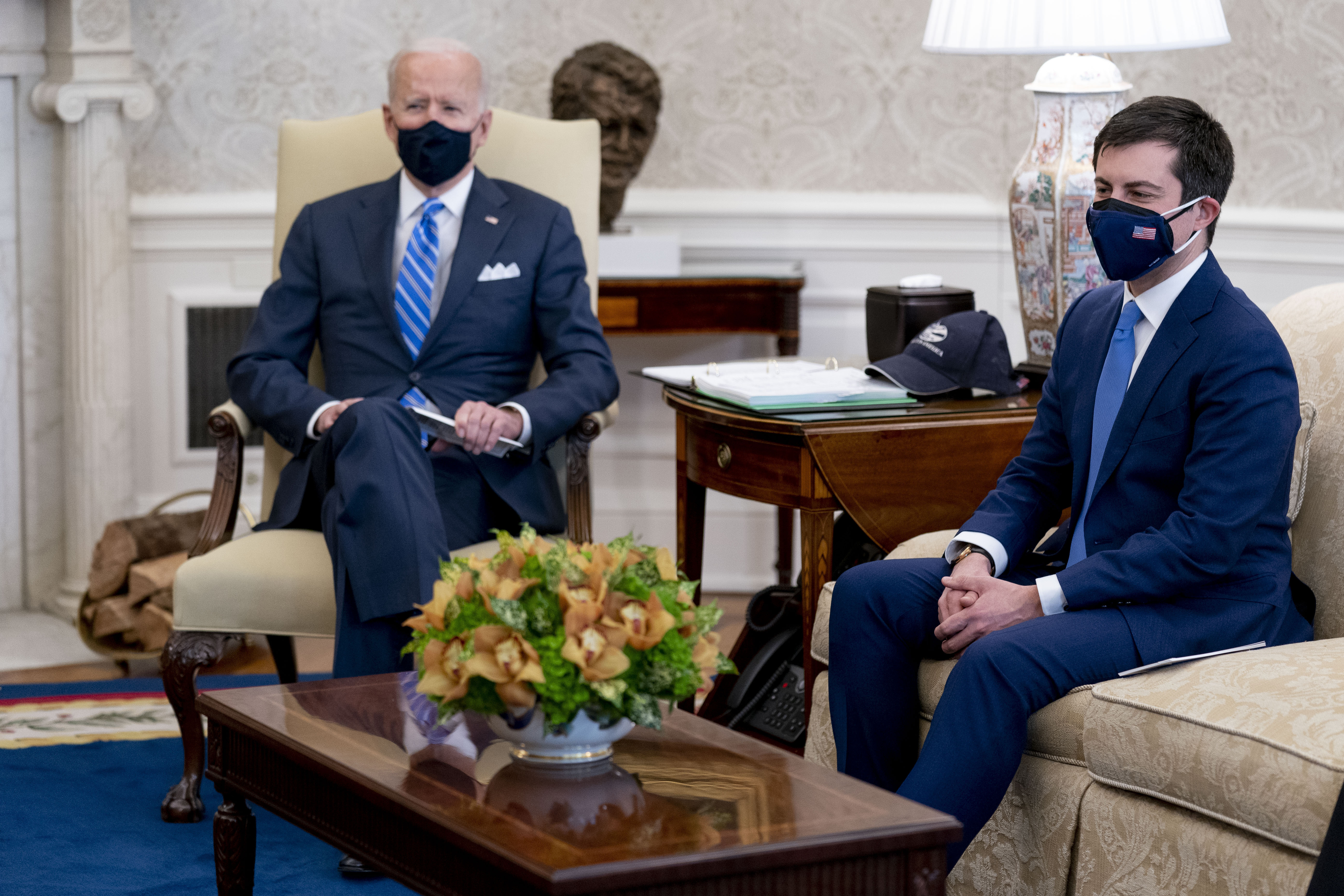 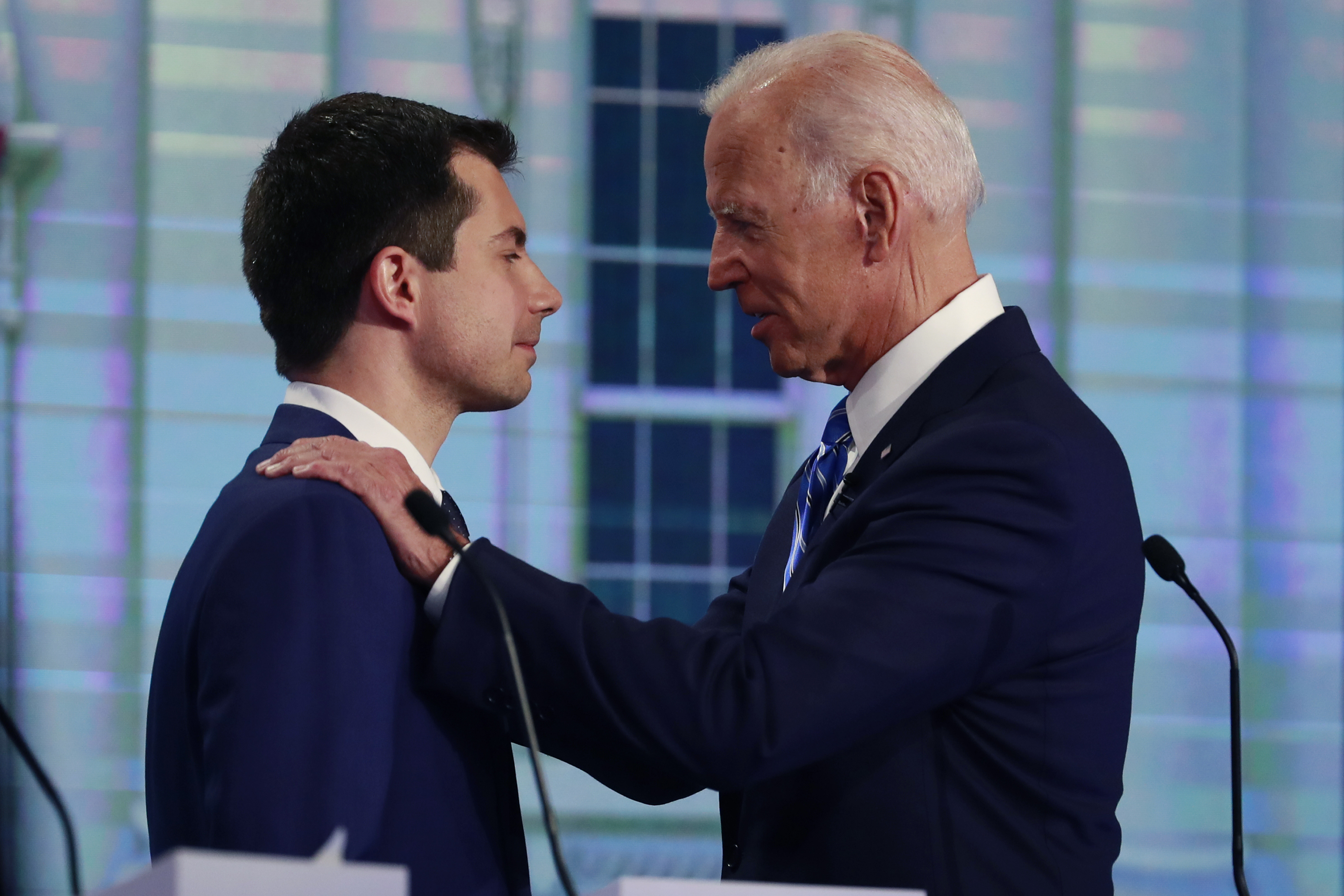 The video surfaced as the Biden administration begins to push for $2.2 trillion in spending on infrastructure.

The president has promised it will include "green" transportation systems and energy infrastructure.

Buttigieg suggested last week that a vehicle mileage tax could be introduced in Biden's new infrastructure bill to help cover the high costs.

However, he later walked back the suggestion in an interview with CNN.

He confirmed that the vehicle tax is "not part of the conversation about this infrastructure bill."