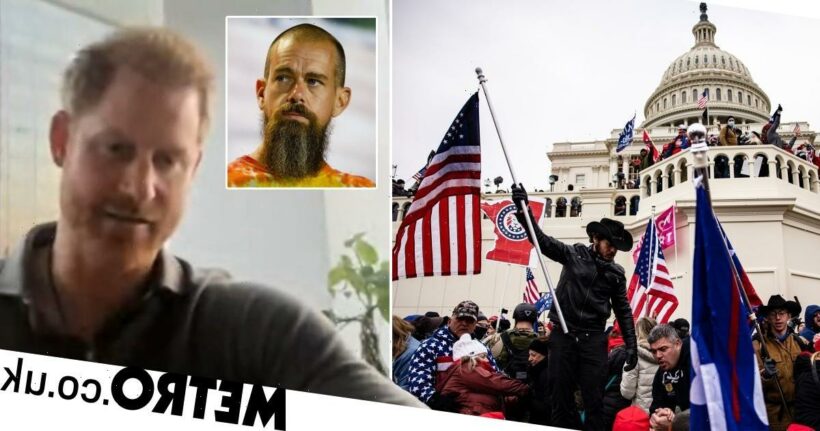 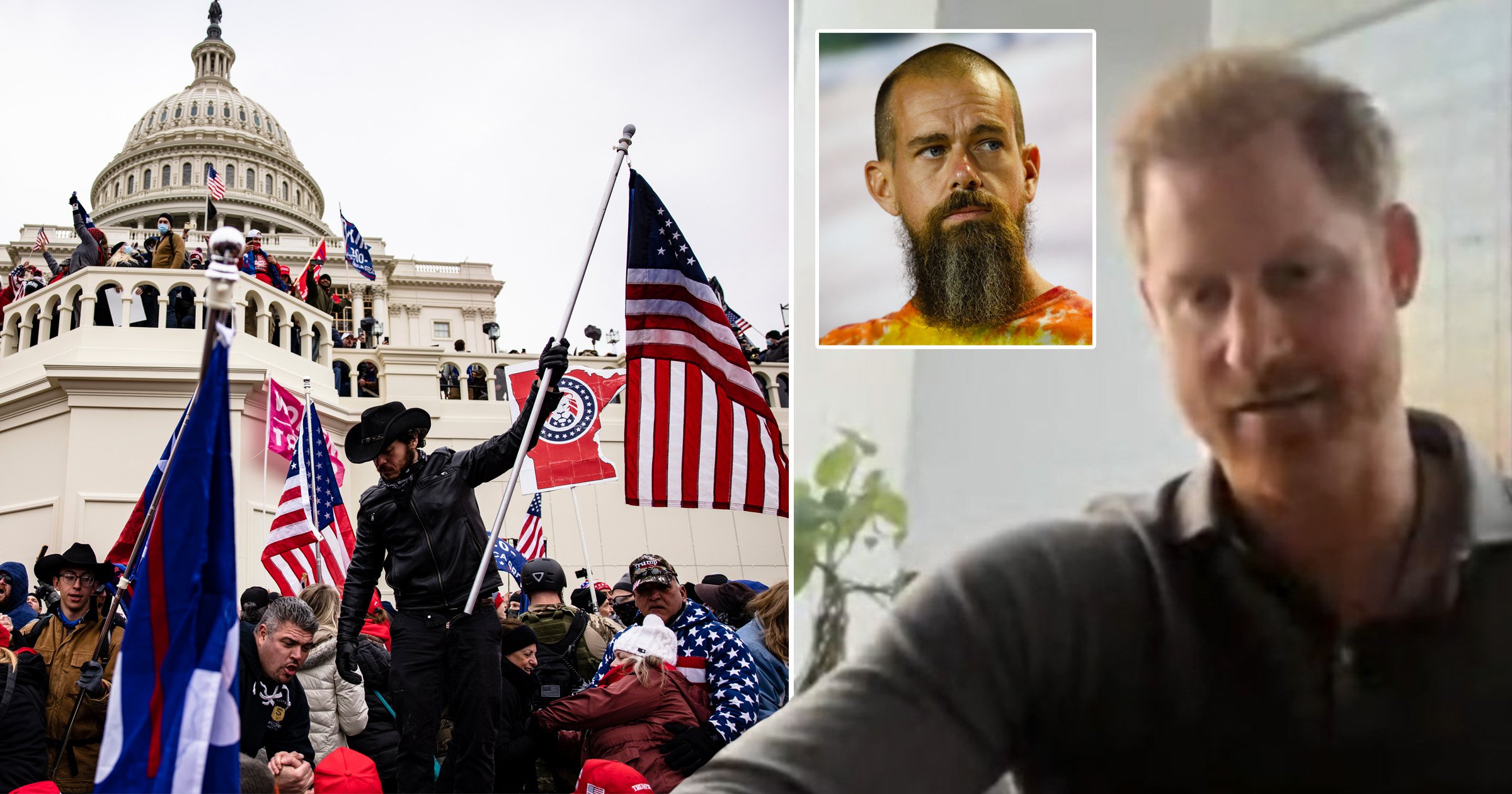 The Duke of Sussex said the internet was ‘defined by hate, division and lies’ during a WIRED discussion on misinformation in social media.

When asked if he had ever ‘presented his case’ to the heads of social media companies, Harry revealed he actually predicted the January 6 uprising and told Mr Dorsey.

He said: ‘Jack and I were emailing each other, prior to January 6, where I warned him that his platform was allowing a coup to be staged.

‘That email was sent the day before and I haven’t heard from him since.’

Trump supporters stormed the Capitol after the former president lost the 2021 election to Joe Biden.

Five people died in the chaos and 691 people have since been arrested and charged with crimes.

Trump’s Twitter account was banned that day after the Republican was accused of using his platform to incite violence.

This has led to many conversations about the role social media plays in spreading misinformation and conspiracy theories.

However, social media companies have the difficult task of de-platforming untrue information while maintaining people’s right to freedom of speech.

There is very little legislation for these companies to fall back on, as most existing publishing laws cover the journalistic media – which has ethical and legal codes that hold editorial decisions accountable.

Facebook and Twitter have tried to create a similar system by holding users accountable to their community guidelines.

But this has also faced backlash, either for not being strict enough or for ‘silencing people’.

Prince Harry said: ‘Misinformation is a global humanitarian crisis. I felt it personally over the years and I’m now watching it happening globally, affecting everyone not just in America, literally everyone around the world.

‘The scariest part about this is you don’t need to be online to be affected by this. It’s important to recognise this problem did not originate in social media.

It comes as the Prince dubbed ‘Megxit’ a ‘misogynistic term’ as he discussed how most of the hate speech posted about Meghan could be traced back to less than 50 accounts allowed to stay online.

He said: ‘Maybe people know this and maybe they don’t, but the term “Megxit” was or is a misogynistic term, and it was created by a troll, amplified by royal correspondents, and it grew and grew and grew into mainstream media. But it began with a troll.’

The Sussexes have fallen under renewed criticism for being recently outspoken about several issues when the Royal Family is supposed to remain neutral.

Meghan has been using her title to cold call Republicans, campaigning for parental leave.

Just outrageous for Princess Pinocchio to use her royal title for political lobbying like this. The Queen must stop the Sussexes causing such endless damage to the Monarchyâs reputation.
Take their titles away. https://t.co/a1HqE9YFlC

She recently defended these actions, at the New York Times DealBook Online Summit, saying she was simply ‘standing up for what is right’.

She said: ‘I don’t see this as a political issue frankly.

‘Look, there is certainly a precedent amongst my husband’s family and the royal family of not having any involvement in politics, but I think this is… I mean, paid leave, from my standpoint, is just a humanitarian issue.’