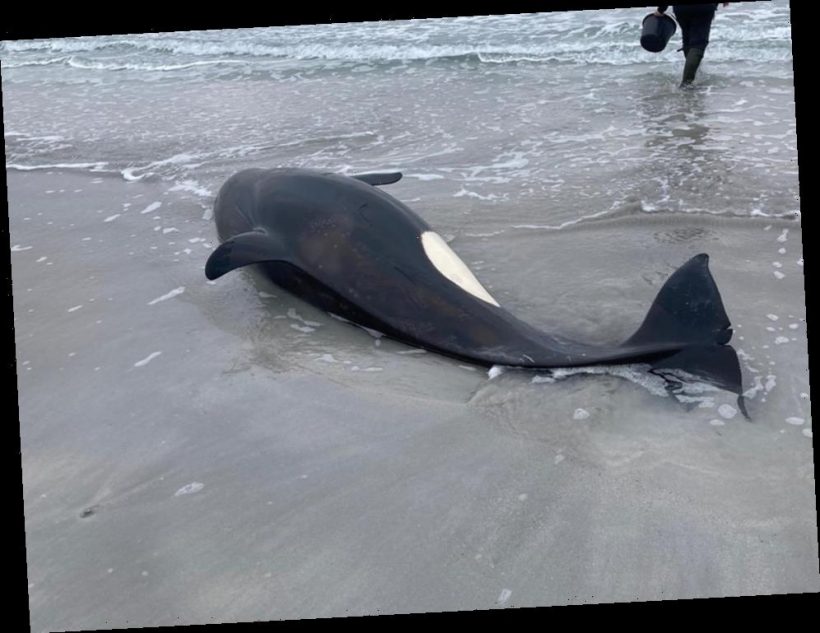 A SCREAMING 11ft "killer whale" has been rescued by heroic Brits after it became stranded on a Scottish Island.

The huge orca was saved by locals on a beach in Orkney, an island off the north-eastern coast of Scotland. 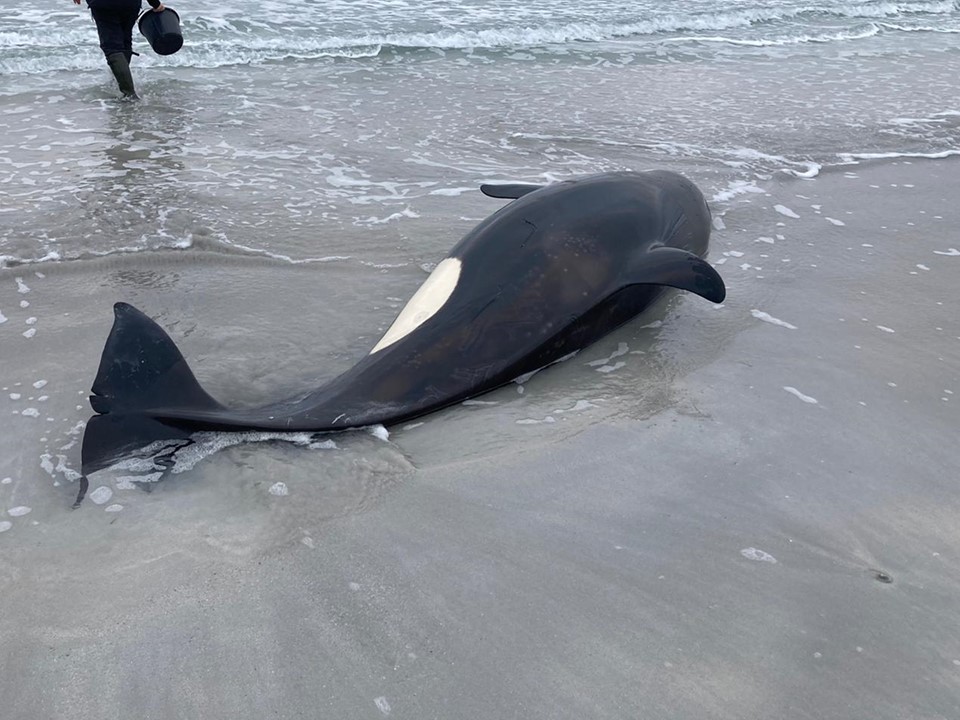 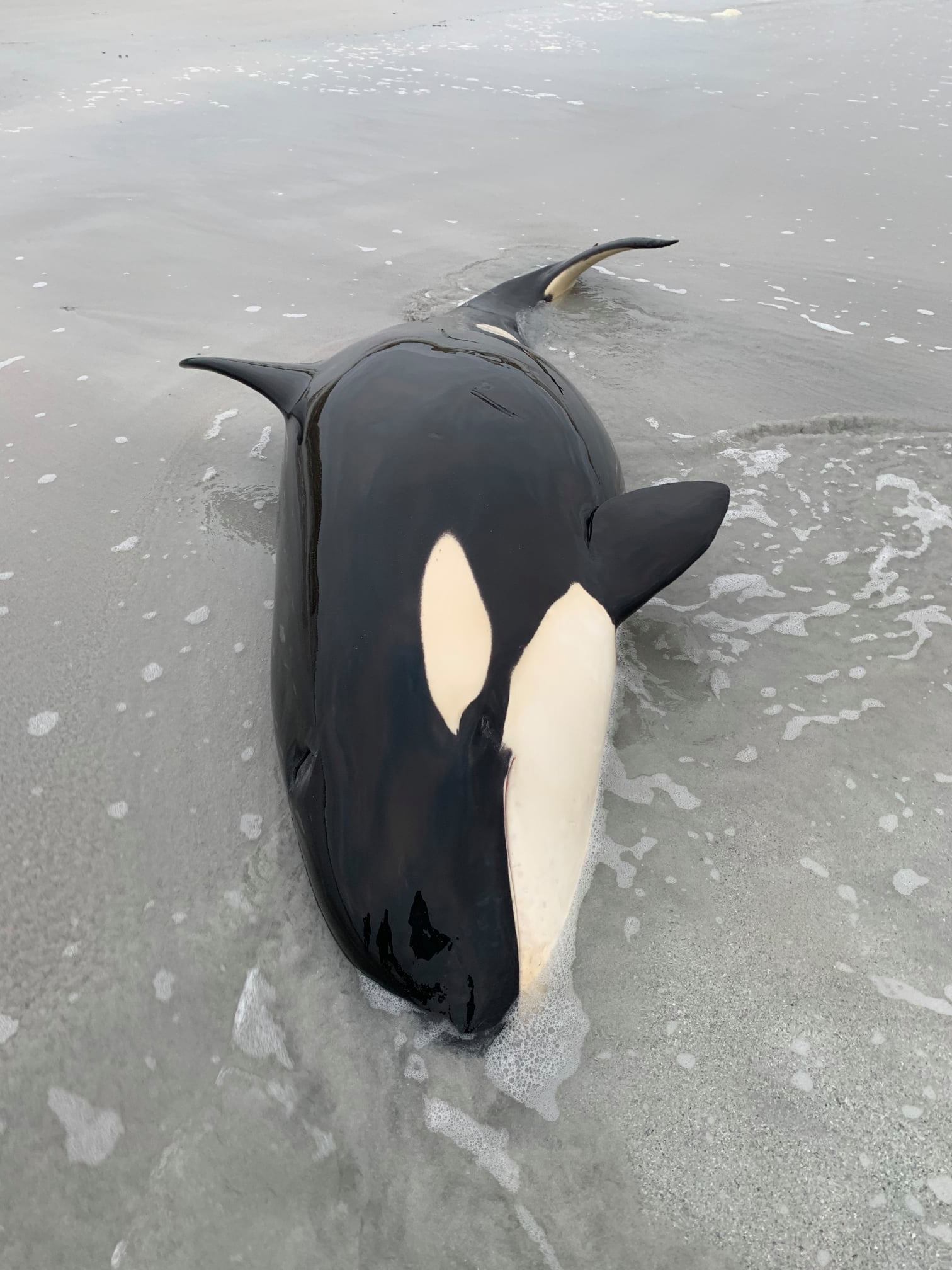 They rushed to help the young animal on Monday, who is thought to be only three or four-years-old.

After an hour of being stranded, the Orca was successfully re-floated to sea.

It was initially reported as an ordinary dolphin to the British Divers Marine Life Rescue (BDMLR) who were shocked to find an Orca so close to the UK.

Dan Jarvis, 35, a welfare development and field support officer at BDMLR, led a team of divers to help the Orkney residents in their recovery mission.

He said: "Our team were shocked to find this animal was an orca, as it was initially reported as a dolphin.

"We do not get many orca visiting the coasts of the UK and as such a live stranding incident is extremely rare."

"It was an absolute privilege to be so fortunate to have trained BDMLR Medics on the remote island who were quickly and professionally able to provide appropriate aid to the animal and overjoyed that it was able to be successfully refloated."

After an hour of locals and experts trying to rotate the animal so it could swim, the tide came in and the orcawas seen lifting its head clear to breathe.

After an hour, it made a move to swim away.

Mr Jarvis said: "First Aid measures, such as getting the animal upright carefully and supported comfortably, keeping it wet and timing breathing rates, were all employed while an assessment was carried out."

The charity, which responds to more than 2,000 callouts annually, was grateful for the support of locals on Monday.

Mr Jarvis added: "With First Aid being provided, it was able to be refloated on the incoming tide using a specialist dolphin stretcher by the British Divers Marine Life Rescue team along with help from local residents on the island. 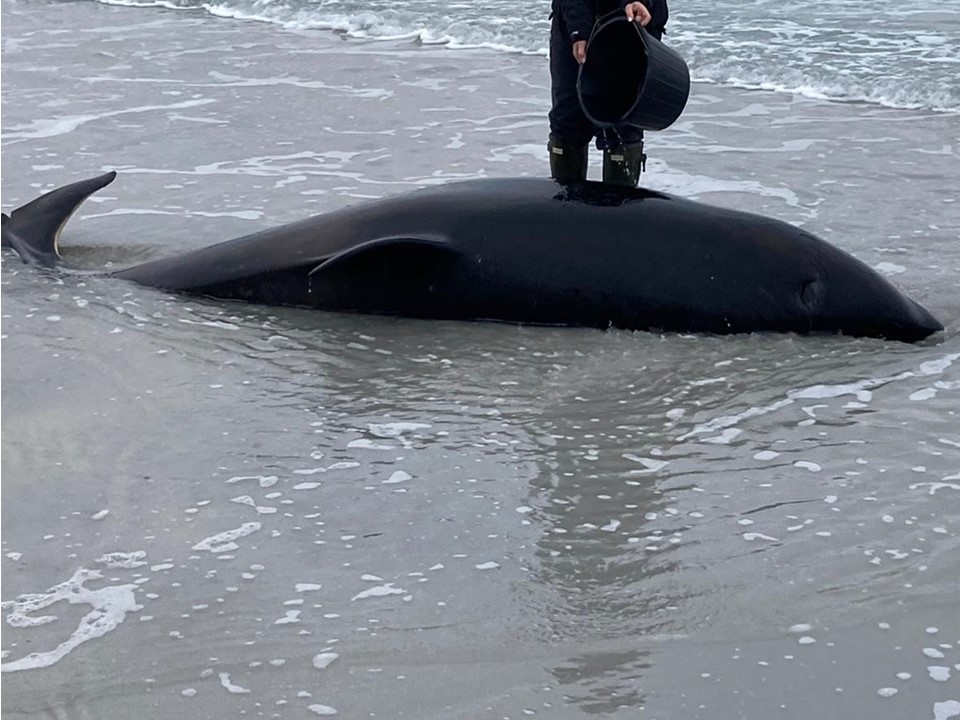 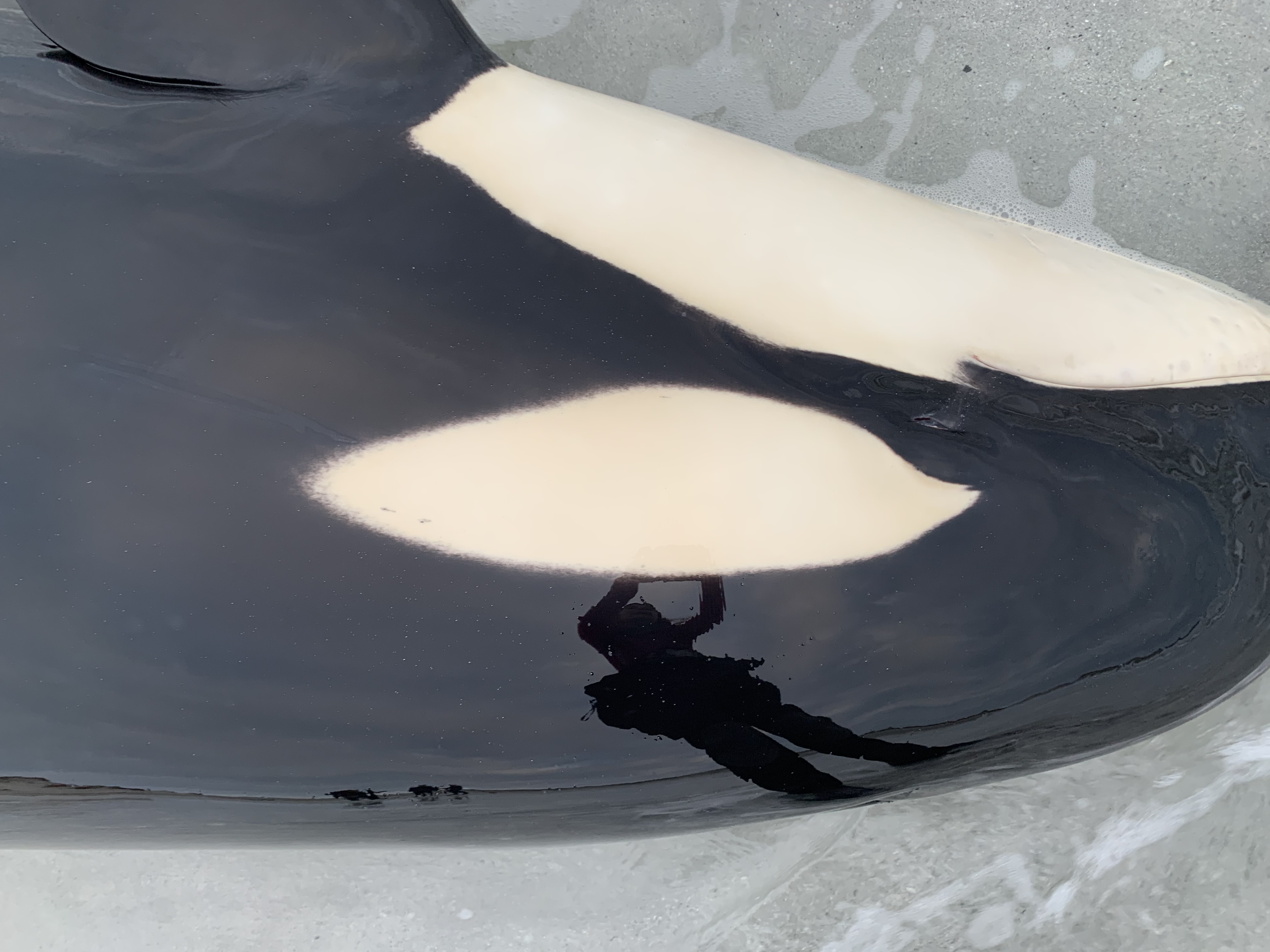 "Once the animal was seen to be fit and strong enough for refloatation a specialist dolphin stretcher was used underneath the animal to support it properly as the water got higher around it, until it was deep enough to swim freely, at which point it took off strongly out to sea.

"People are thrilled to hear about the rescue work that we do with marine mammals in the UK.

"They are often keen to learn about the many threats marine mammals face and what they can do to help reduce and prevent these things from happening, including issues such as pollution and climate change."