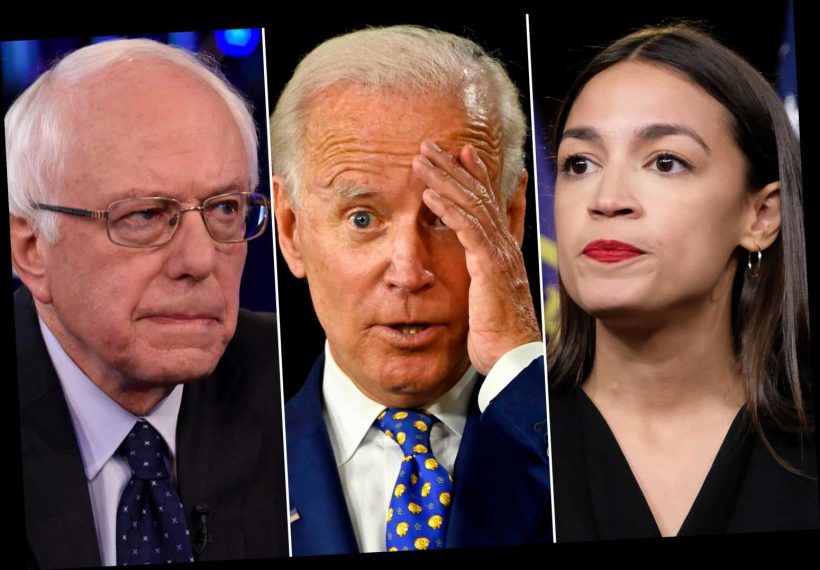 If the Democrats don’t have to fight Republicans, they’ll fight each other. And you know who’s going to lose that ugly Democrat-on-Democrat fight?

After blowing their Senate majority with the incompetent performances of two feckless millionaire-dilettantes in Georgia, Kelly Loeffler and David Perdue, Trump-loving Republicans responded with a riot and attempted coup d’état, storming the Capitol in a violent and ultimately deadly scene. It was an act of spectacular self-marginalization. Without the presidency or control of either house of Congress, Republicans will have very little power in Washington for the next two years.

Democrats will be liberated from the need to placate the opposition party, and they may find themselves in an even stronger position after the 2022 elections — coup attempts are the kind of thing voters rightly tend to punish parties for collectively. Without the normal give-and-take of a functioning opposition party, the Democrats will be free to have a different political fight altogether.

Biden’s administration will be a mix of hard-left elements and Clinton-Obama-style corporate Democrats, with senior figures ranging from such nuts as future Health and Human Services Secretary Xavier Becerra to anchors of sanity such as Janet Yellen. Congressional Democrats are divided between old-line leaders such as Nancy Pelosi and the restive progressives who identify with Bernie Sanders but were happy to have Biden as a consolation prize. The more tribalistic Kulturkampf Democrats believe that this is their moment, that with Republicans on the ropes it is time for radical change.

Usually in a closely divided government, leaders make deals to placate the various factions in their own party while trying to bring in some collaborators from the opposite party, which means offering a little something to its rival factions, too. That often produces bad policy — Washington’s go-to compromise has been giving Republicans the tax cuts they cherish while giving Democrats the spending they demand — but it directs parties away from their extremes toward the center and toward bipartisanship. That is not what is going to happen to Democrats in 2021.

Instead, with a 50/50 Senate, the power of far-left Democrats willing to buck party leadership will be amplified, because Democrats will need every single vote to get anything done. Drift in a leftward direction is almost assured. Far-left Democrats in the House will understand this, too, as will progressives inside the administration. Alexandria Ocasio-Cortez, Bernie Sanders, Kamala Harris, et al. will have an opening to push their party to the left — and the Republicans will not be in a good position to push back.

Joe Biden already has shown that he can be pushed around. He’s an old white dealmaker in a party that prefers another kind of politician, and Biden’s instinct for broad coalition-building has made him a yes man: He will say yes to almost anything, if the demand comes from a quarter to which he is sensitive. Politicians on the edge of 80 do not change their minds about, e.g., abortion policy — as Biden has done with the Hyde Amendment — out of principle. They do it because they have been overpowered.

What Biden really needs is something he doesn’t really want: a functioning opposition party that can keep Democrats’ worst impulses in check. Batty boondoggles like student-loan giveaways for Harvard Law graduates were DOA in McConnell’s Senate, and so were unconstitutional gun-control measures, Elizabeth Warren’s corporate-micromanagement agenda, publicly funded abortion, and many other destructive proposals. Chuck Schumer complains about McConnell’s “legislative graveyard” and means to resurrect the measures buried in it. The country will be worse off for it — and so will Biden’s presidency, assuming Biden still wants to be a lunch-bucket FDR Democrat and not a woke culture warrior 24/7.

Mitch McConnell might have made life tough at times for Joe Biden. In 2021, it’ll be a hell of a lot tougher for Biden without him.