Royal fans have spotted a previously unseen snap of the Queen with her great-grandchildren – including Princess Charlotte on her lap.

The sweet photograph, which also features Prince Philip, was on display at Windsor Castle as the 92-year-old was presented with a new portrait of herself on Friday.

It is believed that the portrait was taken before both Prince Louis and Zara Tindall’s second daughter Lena were born, possibly to mark the Queen’s 90th birthday. 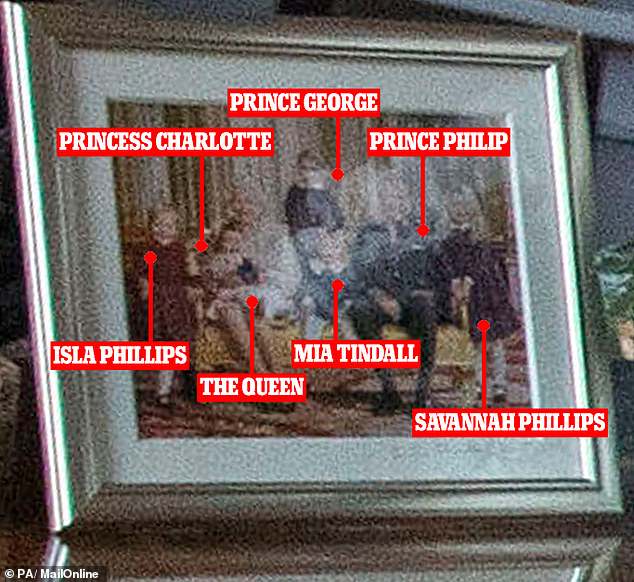 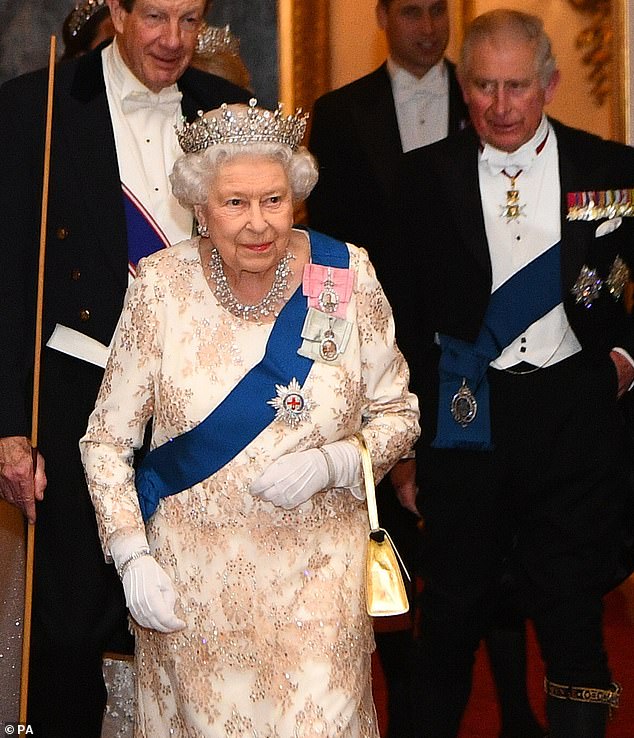 The snap was spotted by royal fans on social media, who gushed over the ‘lovely’ family photograph.

The picture appears to show the Queen holding Charlotte, who would have been around one at the time, on her lap, while George, aged around three, standing behind.

Mia Tindall, now four, looks to be sitting in between the Queen and the Duke of Edinburgh in the photograph. 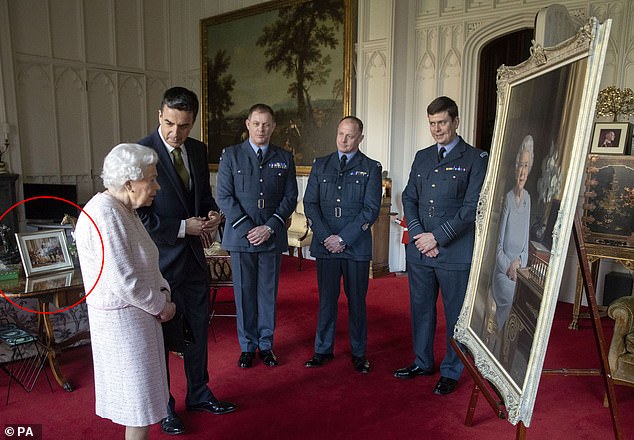 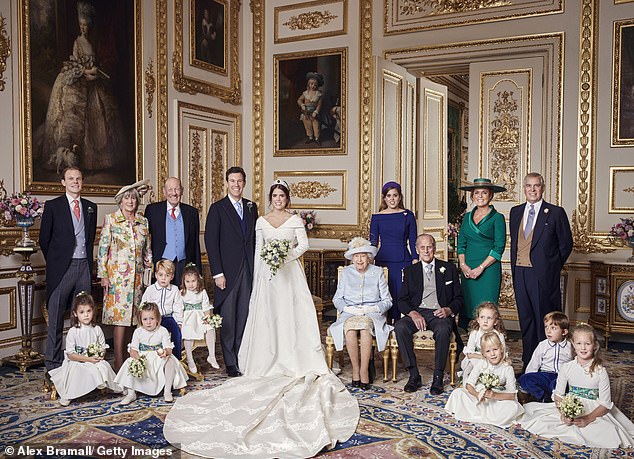 The Queen was again photographed with five of her great-grandchildren – George, Charlotte, Mia, Savannah and Isla – at Princess Eugenie and Jack Brooksbank’s wedding in October

Young Mia stole the show by taking hold of the Queen’s handbag when a portrait of the monarch and her great-grandchildren, taken by photographer Annie Leibovitz, was released to mark her 90th birthday.

The Duke and Duchess of Sussex are expecting the first child together in the Spring, who will be the Queen’s eighth grandchild.

The Queen’s great-grandchildren, aside from baby Louis and Lena, were recently reunited at Princess Eugenie and Jack Brooksbank’s wedding in October. 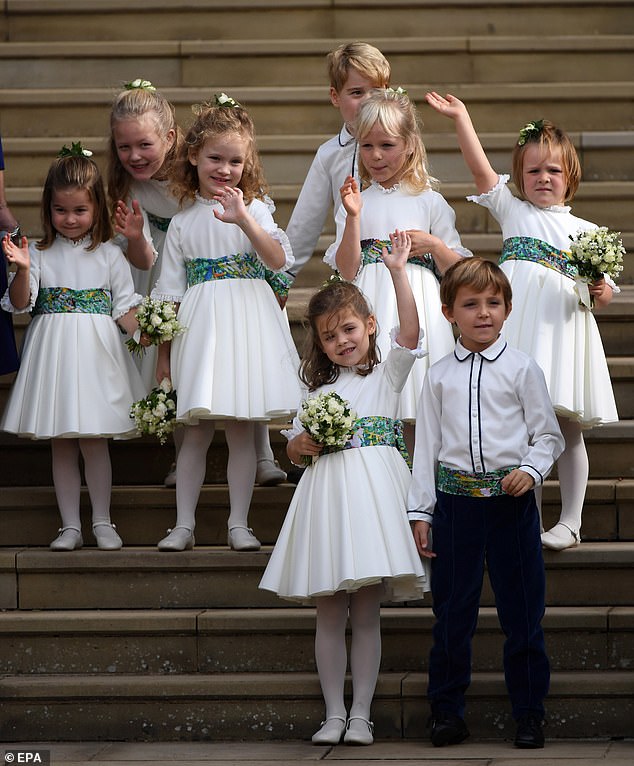 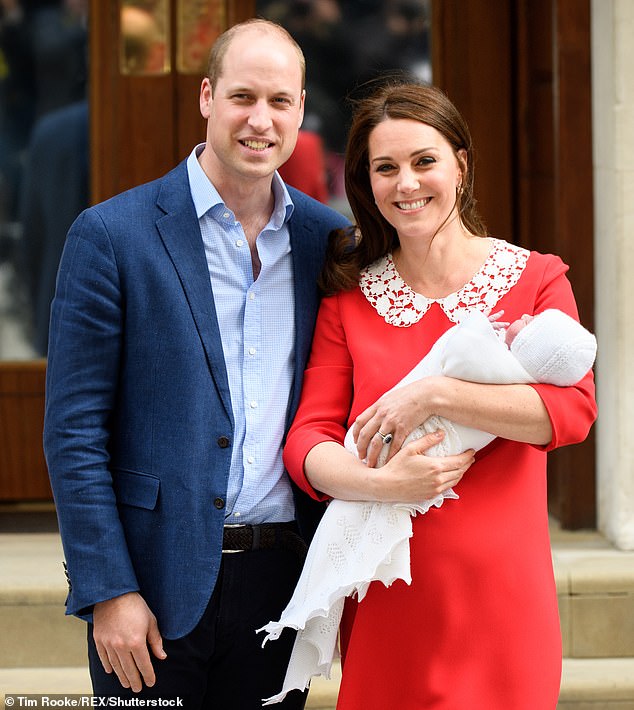 The Queen celebrated the births of two more great-grandchildren this year: Prince Louis (above, with Kate and William) and Lena Tindall, Zara and Mike’s second child