At last, a line in the sand for gangmasters behind this evil trade: SUE REID says Britain’s first migrant camp sends message that the Government is determined to end accusations of ‘soft touch’

Day after day, they arrive on Britain’s south coast.

This year, almost 6,500 migrants have made the dangerous journey in small boats across the English Channel.

On Monday, an overloaded dinghy carrying ten such migrants landed in Kent. The occupants, none of whom was wearing a life jacket, leaped out, ran towards a thicket of trees near the seafront by Kent’s Kingsdown village, and disappeared. 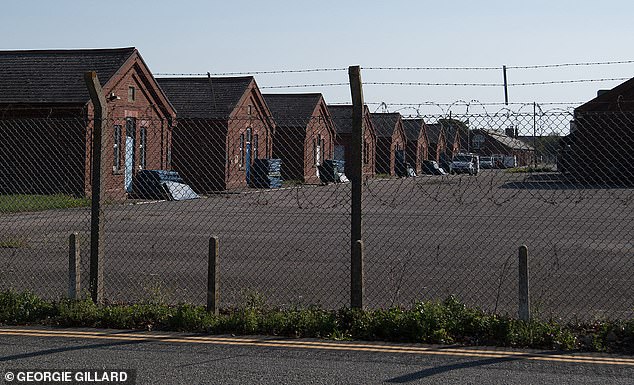 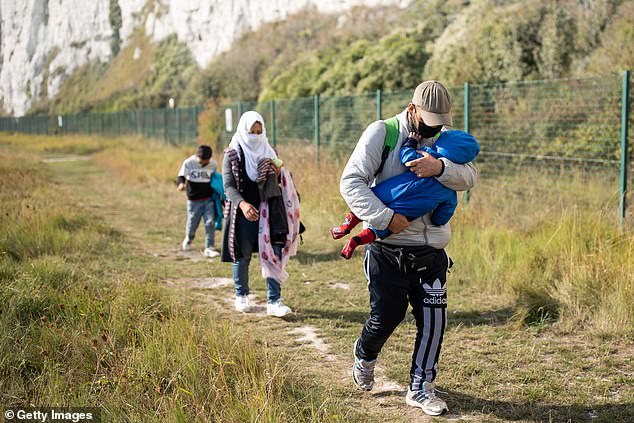 It is understood some were caught.

What, many might wonder, were the backgrounds of these apparently fit, healthy young men (some covering their faces despite the unseasonal heat) as they rushed into Britain?

Whatever the reality, the Government is taking action. In a dramatic development, it has emerged that the first migrant camp built on British soil – housed in a disused Army barracks in Folkestone, Kent – is to open on Monday. Other camps are expected to follow.

It is a sensational move by the Government as it tries to deal with these ever arriving boats.

The new camp is a statement that the Government is determined to end criticism of Britain being a soft touch for migrants, where all who come here are put up at the State’s expense.

As part of a £4billion, ten-year contract with at least 50 hotels, the Home Office is believed to be spending hundreds of millions a month at a huge cost to the taxpayer. 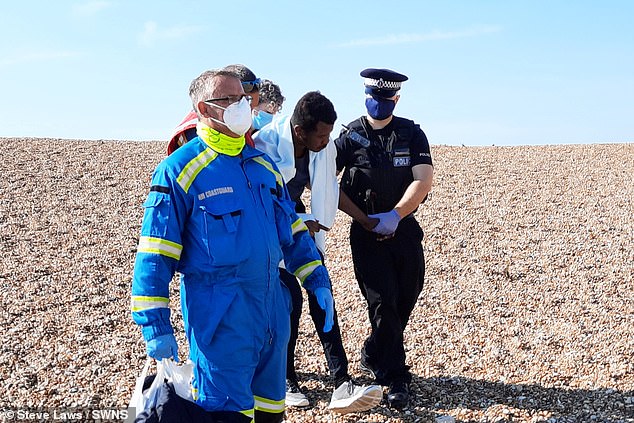 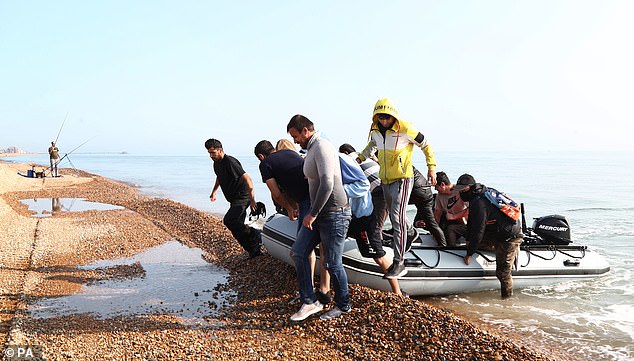 Needless to say, Britain can ill-afford this sum as it battles the economic impact of Covid-19.

Meanwhile, every picture of smiling migrants making a successful landing in Britain sends a clear signal that this country is struggling to control its borders.

Large numbers of former Labour supporters who voted Tory at the last election did so partly because they believed Boris Johnson’s promise to crack down on illegal immigration.

Though many migrants who reach Britain are genuinely fleeing persecution or war at home, the truth is that, as their numbers grow, so have suspicions that some have a darker motive.

Lucy Moreton, from the Immigration Services Union, warns that criminals deliberately evade Border Force patrols to enter the UK undetected. They could be returning jihadis or would-be terrorists.

She said: ‘It is most likely they have a criminal or immigration record in the UK or in the European Union that they do not want us to know. Those who genuinely wish to seek assistance… do wait to be collected by us.’ 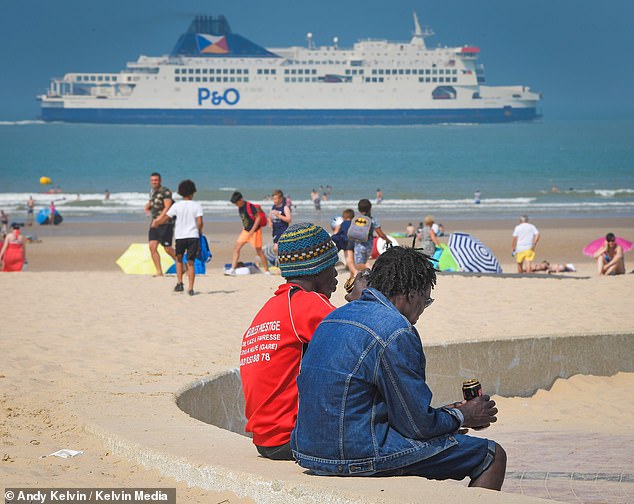 Britain can ill-afford this sum as it battles the economic impact of Covid-19. Pictured: Plage de la Rotonde in France

There is a further concern. People-smuggling gangs control this lucrative market on the north French coast. Their power, assisted by guns, knives and thuggery, is huge.

They have potential customers hoping to reach the UK stretching from Calais just across the Channel all the way to migrant camps on Greek islands at the other end of Europe.

Over the years, the gangsters have perfected a sales patter. It goes: don’t claim asylum in mainland EU countries. They hate migrants. The UK is kind. It will give you free housing, education and benefit money for you to send back home to help your family.

The gangs’ agents peddle this story in village tea houses far away from Europe, long before a migrant even sets out. It sticks in the minds of desperate people as they journey thousands of miles towards the UK, seeking a new life.

So now it’s crunch time. Our immigration system is overwhelmed as genuine asylum seekers wait months, even years, for a decision about whether they are allowed to stay. 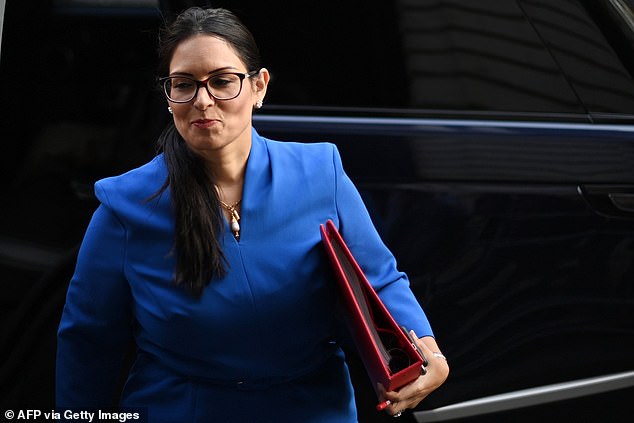 The first camp will house 400 young men. Another, to house similar numbers, is being discussed near Tenby in Pembrokeshire, Wales.

The new camp or camps will send out a propaganda message. They counter the smugglers’ evil story that this country is paved with gold. Out-of-control borders can stoke social unrest.

Anti-migrant activists have marched in Dover, the Kent port that has become the epicentre for arrivals.

In the Midlands and the North, people complain constantly on social media of waking in the morning to find their local hotel shut to paying guests. Instead, every room has been rented by the Government to house migrants.

The new camps could be a gamechanger. Telling a migrant that he must pay thousands for the sea journey to be housed in a former military base will be a tough sell for the gangs.

The critics of the camps are on soap boxes. Migrant supporters say they will resemble ‘Army jails’. Kent politicians say putting hundreds of young men in an isolated place is not a sensible idea.

Yet the camps may be a line in the sand. If the smuggling chain is broken, numbers of migrants will come down. That means genuine asylum seekers seeking help on our soil will get a quicker hearing instead of being lost in the crowd.

And those new Tory voters – so essential to the Government – will be pacified.

By Glen Keogh and Sue Reid for the Daily Mail

Britain is set to open its first migrant ‘camp’ for asylum seekers who have crossed the Channel, it was confirmed yesterday.

The controversial move to house 400 people in a Second World War Army barracks in Folkestone, Kent, has divided opinions, with the area’s MP, Damian Collins, saying he had ‘great concerns’.

But supporters of the camp say the policy of dispersing asylum seekers around the country means they can be lost from the system, and the promise of a comfortable living situation, free food and a £40-a-week spending allowance for many encourages migrants to attempt the perilous Channel crossing. 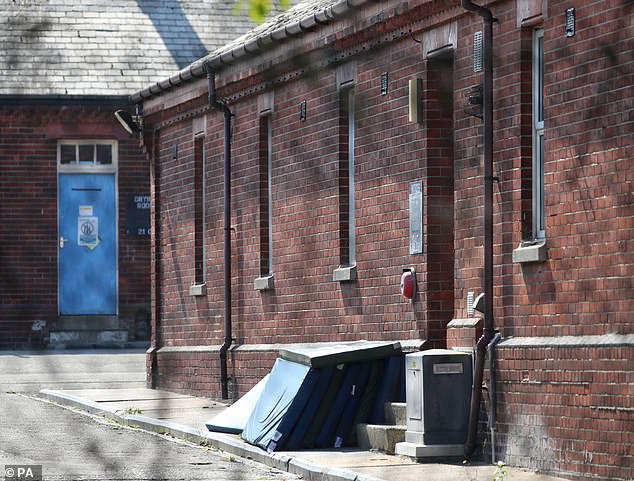 Britain is set to open its first migrant ‘camp’ for asylum seekers who have crossed the Channel, it was confirmed yesterday

Alp Mehmet, a former immigration officer and chairman of think-tank MigrationWatch, said the decision to use the Army barracks ‘makes sense’.

He added: ‘This certainly helps in sending a message to Europe and to the traffickers who have been taking advantage of the UK being a soft touch, exploiting our weakness.

‘It makes sense to keep asylum seekers in one place while their claims are processed. It’s an ideal location.’

The Home Office is under increasing pressure to get a grip on the migrant crisis, with a further 151 people making the perilous Channel crossing from France in small dinghies to land on the Kent coast yesterday.

The group, including two babies, followed the detention of 168 migrants on Monday, taking the total who have made the crossing to Britain this year to at least 6,489.

Plans are also under way to convert an Army barracks in Pembrokeshire, Wales, into temporary accommodation for asylum seekers. At the Folkestone barracks, dozens of mattresses were being unloaded yesterday.

It is set to start welcoming asylum seekers while their applications are being processed from Monday. 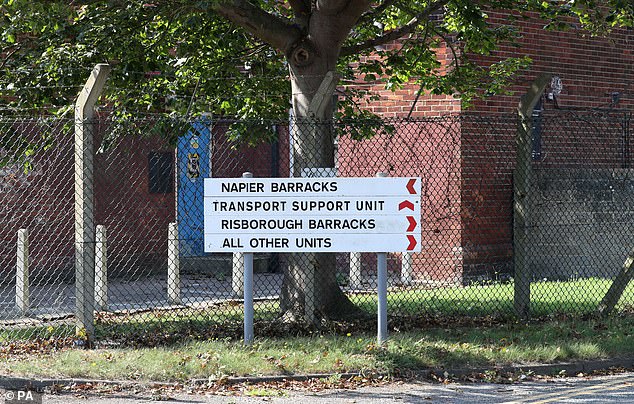 The controversial move to house 400 people in a Second World War Army barracks in Folkestone, Kent, has divided opinions

Folkestone and Hythe council leader David Monk said communication from the Government over the decision had been ‘very, very poor’ and warned the move was a ‘recipe for disaster’.

‘My thoughts are simple,’ he said. ‘There has been zilch consultation, protocols have not been followed, this has been very poorly handled by the Home Office, and myself, the MP, the ward councillor, the council chairman and the local parish are all up in arms.

‘The site is in the middle of nowhere. We believe the concentration of single males – up to 400 – is not sensible.

‘Our concern is, what are they going to do? They will gravitate to town and form groups and trouble will ensue. We have had no consultation and that’s the thing we are really, really angry about.’

They raised concerns that the migrants in the new facility will not be unaccompanied children but ‘adults and their families’, and ‘many will be young men in their 20s and 30s’. 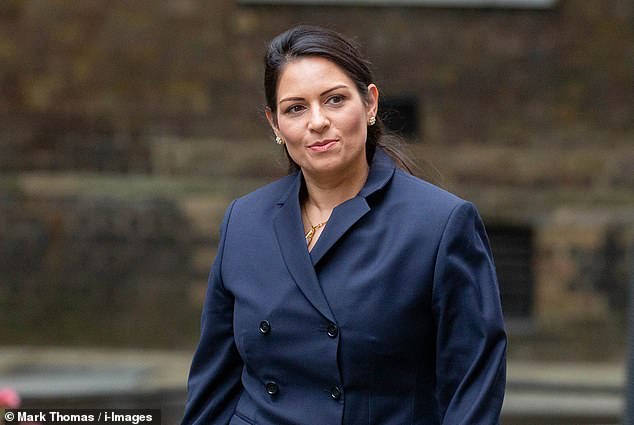 The Home Office is under increasing pressure to get a grip on the migrant crisis, with a further 151 people making the perilous Channel crossing from France in small dinghies to land on the Kent coast yesterday

They said: ‘We would ask that you… find more suitable accommodation for people who are currently having their cases processed by the asylum system.’

They raised concerns about the lack of notice, the potential impact on the local community and whether provisions had been made to support local services, including the NHS.

Migrants also had concerns. Fahad, a Yemeni activist helping asylum seekers at Brook House immigration centre in the grounds of Gatwick airport, said the use of Army accommodation was ‘not right’. ‘It’s not a good idea,’ he added. ‘People will think they are in Army jail or Army camp.’

However, he said asylum seekers would benefit from the extra security, having been allegedly threatened by far-Right groups.

He added that many asylum seekers, previously housed in hotels during the coronavirus pandemic, had asked to leave because the accommodation was not suitable.

‘People want to be in proper accommodation where they can socialise with other people and become integrated and merge. No one can live in a hotel,’ he said.

An Iraqi migrant in his 40s who is waiting in northern Europe to reach the UK by boat predicted the prospect of being put in a camp will stem the flow of Channel boats.

He said: ‘A migrant camp in the UK? Many of us choose to come to your country because we are not put in camps. This news will spread fast.’

A Government spokesman said: ‘During these unprecedented times, the Government is working with a range of partners and across departments to secure further accommodation, and the Ministry of Defence has offered use of some of its sites.

‘When using contingency accommodation, we work closely with organisations, including local authorities and law enforcement, throughout the process to ensure value for money and that vulnerable asylum seekers, who would otherwise be destitute, have suitable accommodation while their claims are processed.’