BBC Breakfast fans were treated to a jovial spat this morning, as hosts Charlie Stayt and Naga Munchetty were joined by sports expert Holly Hamilton.

Holly arrived on the sofa to give details on a new competition people will have never heard of – the Olympics for Seniors.

The games include relays, archery, darts, and a lot more – and was solely for old aged pensioners.

After Holly reported on the event, she took a cheeky swipe at her colleague.

She began by saying: “The competition is still there, isn’t it?

“Imagine us at that some day. We’d be pretty competitive, wouldn’t we.”

Holly then jokingly hit out at Charlie by suggesting he could switch the BBC Breakfast sofa for sports, saying he “could sign up”.

As Holly and Naga fell into fits of laughter, Charlie whined: “You know what, I just knew you were heading in that direction. Someone had to say it out loud.”

Fortunately for Charlie, Naga stopped laughing just long enough to defend him, as she jumped in to say: “No, it’s so wrong.”

She then looked at Holly and announced: “And you know what, Holly? Shame on you!” 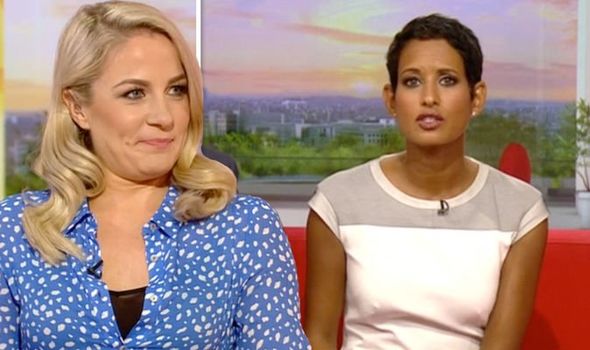 The competition is still there, isn’t it?

During the show Dan began explaining: “That’s Jan Socrates, who is the oldest person on the planet-“

But Louise chimed in: “And I could have spoken to her for ages!” 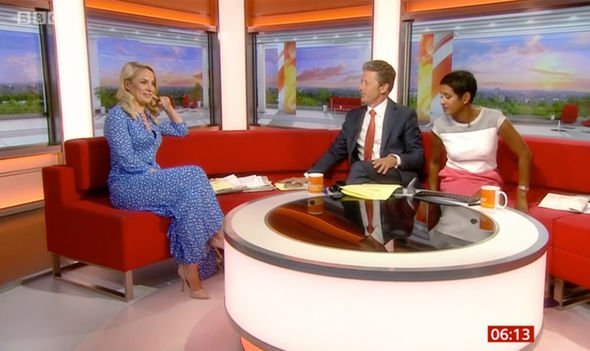 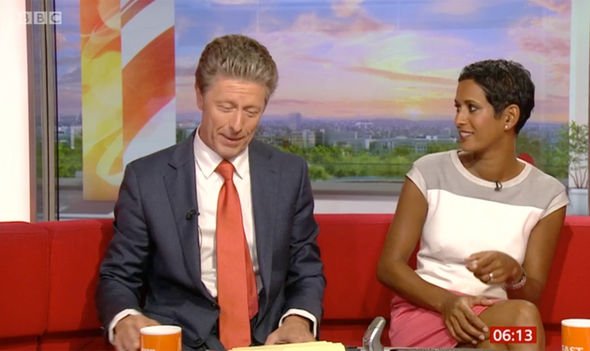 Dan then began giggling as he realised what he had said, and went on to correct himself.

He said: “I haven’t finished that sentence! She’s not the oldest person on the planet.

“Let me get this correct! she’s the oldest person on the planet to sail around the world on her own unassisted.”

Dan went on to add: “That’s an awkward interruption, isn’t it!”

BBC Breakfast continues weekdays at 6am on BBC One.