On tonight’s The Last Alaskans on Discovery, an apex predator is the focus as food stores are lean and everyone is hunting, including the wolves.

Charlie Jagow takes us on an exciting in the field walk as he spots a pack of four wolves, three black and one grey wolf that are roaming the coastal plains and hunting for meat. Charlie speculates that this very pack took down a big moose and were hunting for more easy pickings.

Quietly he makes wolf calls and then spots them in his binoculars. It’s hair-raising to know he is wandering out there with these fierce canine hunters who could easily take him down if he was caught unaware. 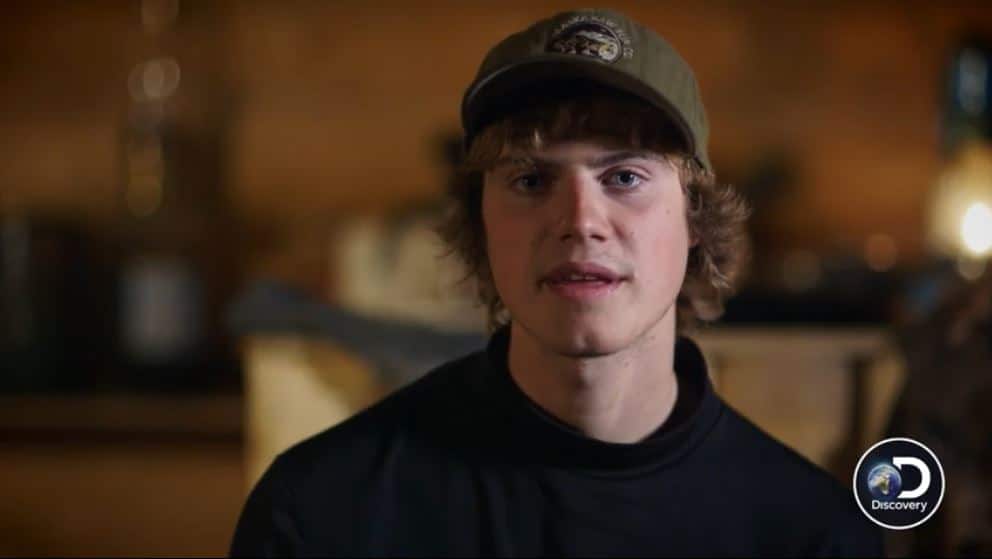 Charlie is hunting what they are hunting, moose, and the four apex hunters have seemingly scared off the giant moose from the area.

Watching the pack, he says: “Here they come, there’s four of them, three blacks and a gray…just like calling a moose, I am another animal in their territory. We are competing for the same thing, right back they’ve been hearing me howl and they are trying to size me up. They want to see how many of “me” are here.”

“That is a pretty good sized pack there and they’re probably killing moves pretty hard. I’ve seen every predator out here that takes down big-game animals… black bears, grizzly and a wolf pack now. There probably won’t be very many moose in this area for some days that’s not what I want to see that’s for sure.”

This fall, it seems, The Last Alaskans are all working overtime to secure essentials in anticipation of a devastatingly cold and long winter.

Charlie Jagow is one of the youngest in the cast at 20 years old, but make no mistake of his abilities, he is a child of the Arctic, and grew up in a rustic cabin on the eastern edge of Arctic National Wildlife Refuge, but now that he’s grown, Charlie is making a cabin of his own.

The river is Charlie’s highway and it is exactly where we find him in our exclusive clip.

Moose country is his source of food, but these four toothy interlopers have run off the meal.

As we watch Charlie suss out the proximity of the wolf pack, he is also working hard to fix a fire-damaged trap line which is a big deal. The repair will not make things easy for him and all of the trouble promises a difficult season ahead, so in anticipation of what he needs, he’s prepping hard and hunting for his winter meat, but so are other creatures.

Meat and protein specifically are what he needs and the sooner he gets it, the sooner he can concentrate on repairing the trap lines his father create over 30 years ago.

Meanwhile, Bob is slightly depressed and misses his time in the woods, but he focuses on his family out in Fairbanks and spending some quality time with his new granddaughter.

Heimo and Edna drop everything for their family as well as their youngest daughter Krin, her baby Colby and husband Scott arrive to spend the season at the lower cabin, where they too will find an unexpected unwanted guest.

The Last Alaskans airs Sundays at 10 pm ET/PT on Discovery Channel. Watch live or catch up on the Discovery Go app.