U.S. military takes custody of British ISIS terrorists known as the ‘Beatles’ and vows to put the two men on trial amid fears they would escape from Syrian jail after Turkish invasion

Two British ISIS terrorist accused of killing American hostages are being transferred to U.S. military custody due to impending Turkish invasion into Syria threatening their continued detention by Kurdish forces.

The Washington Post reports that Alexanda Kotey and El Shafee Elsheikh, two of the four British ISIS soldiers known as the ‘Beatles’, were being held by the Kurds with the goal of making the stand trial in the U.S.

However, since President Trump decided to pull American troops out of Northern Syria there are fears the men would escape from Syrian jail after a Turkish invasion.

A senior official tells The Washington Post that those men have been taken to Iraq, while another called them ‘high-valued detainees’ and could not disclose where they were being taken. 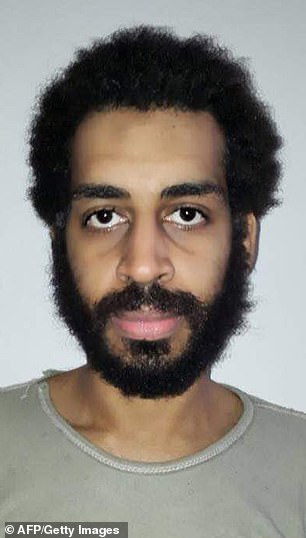 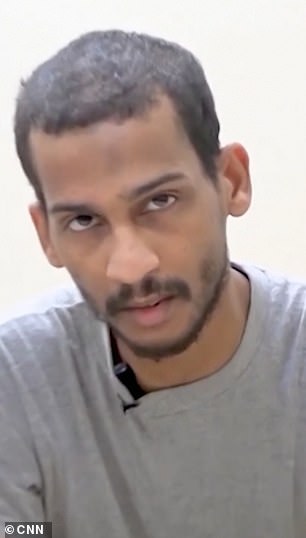 Alexanda Kotey known as ‘Jihadi Ringo’ posing for a mugshot in an undisclosed location (left) and El Shafee Elsheikh (right) will now be in U.S. custody 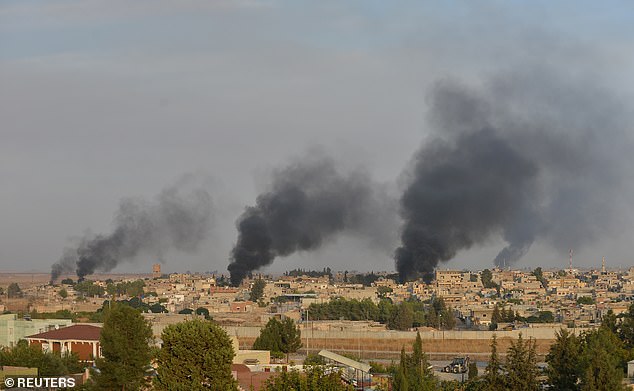 Prosecutors would reportedly seek to charge the two men as ‘conspirators in hostage-taking resulting in death.’ Those charges carry a potential death sentence, the Washington Post reports.

Prosecution in the U.S. relies on whether British authorities will release evidence to American courts.

The issue is currently being decided in the Supreme Court of the U.K.

The third ‘Beatle’, Mohammed Emwazi, is accused of  killing Americans James Foley, Steven Sotloff, and Peter Kassig. Emwazi was killed in a drone strike in 2015.

The fourth member, Aine Davis, was convicted in Turkey and sentenced to seven years in prison.

The intensive shelling paved the way for Turkish troops to start crossing the Syrian border on Wednesday evening.

Trump – who ordered American troops out of the area – said Turkey’s incursion into the area was a ‘bad idea’ and said that Washington ‘does not endorse this attack.’

In the statement, Trump added that Turkey had committed to ‘ensuring no humanitarian crisis takes place – and we will hold them to this commitment.’ 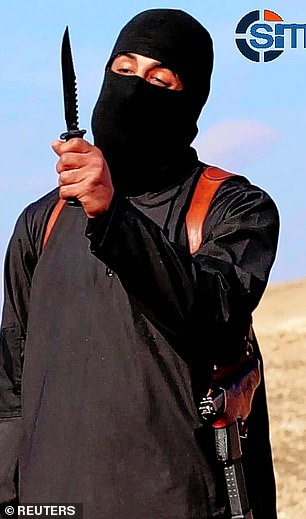 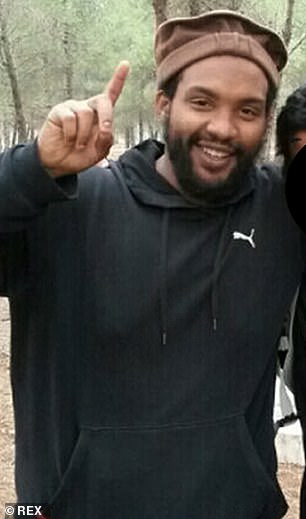 Mohammed Emwazi is one of the four ISIS ‘Beatles’, pictured brandishing  a knife in 2014. Emwazi was killed in a drone strike in 2015. The fourth member, Aine Davis, right, was convicted in Turkey and sentenced to seven years in prison 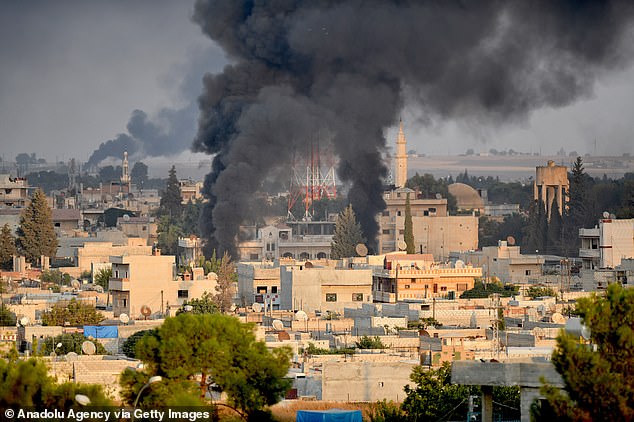 The Kurdish-led Syrian Democratic Forces (SDF) said Turkish warplanes had caused ‘huge panic’ when they attacked the Kurdish-held territory today, and have claimed the bombing has killed five civilians and wounded others.

Britain does not support any invasion of northern Syria by Turkish troops, a minister warned on Tuesday, after Trump ordered U.S. forces to leave the area and leave their Kurdish allies defenseless.

Foreign Office Minister Andrew Murrison said Britain would ‘oppose’ any military incursion by its Nato ally in the wake of the widely-criticized American pull-out.

But Trump continued to defend Washington’s relationship with Recep Erdogan’s regime after a bipartisan backlash over his decision on Monday.

Critics fear the move will open the way for a Turkish strike on Kurdish-led forces long allied with Washington who have led the fight against the Islamic State militant group in Syria.

Turkey says those forces are terrorists because of their ties to Kurdish militants who have waged a long insurgency in Turkey.